what was I up to?

So, what was I so busy with yesterday? These! 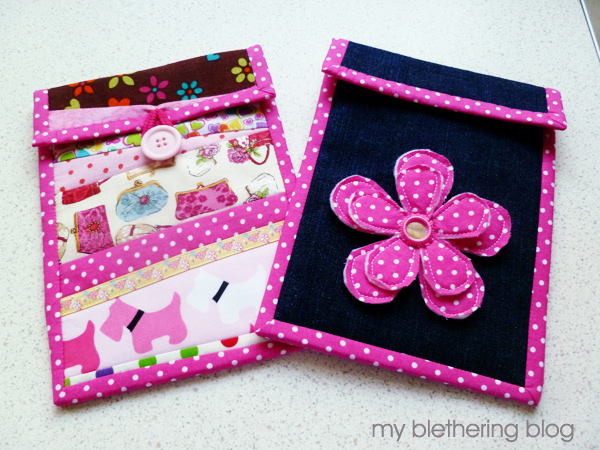 Let me start my story at the beginning. Every month I have to get my bloods checked and yesterday was my day to go. I was supposed to go last Monday but we went to Ikea etc instead so I postponed my appointment until yesterday.

I was telling L, the phlebotomist, that we'd been at Ikea last week and we were laughing at how you can never get out of Ikea without buying something that you think "what did I buy that for?" when you get home. I was boasting that I had only bought fabric and she asked me what I was going to do with it. I told her I'd probably be making pinnies or oven gloves with it for my Etsy shop and she was fascinated. I gave her my tartan bee business card and told her that she could look it up on her computer. I meant at home after work but she dialed it up there and then!

She got excited when she saw my stuff and asked me if I could make a cover for her daughter's Kindle. I assured her I could and asked what kind of Kindle she had. It turned out that she had the same one I have which I had made a cover for earlier this year.

She paid me for the cover and I came home laughing at the daftness of going to get your bloods done and coming home with an order for a Kindle cover!

Well, Douglas had an appointment with L today so I decided that I was going to get the cover made so that he could take it with him. The only specification that L gave me was that it was to be "girly" so I first of all made the scrappy one and then decided it might be a wee bit too girly (if that's possible) so I made a denim one with a pink polka dot flower with a wee mirror in the centre and the same pink spot as a lining and binding. When Douglas showed her the covers this morning, she was delighted with both - she chose the denim one.

Here are the backs of the covers. 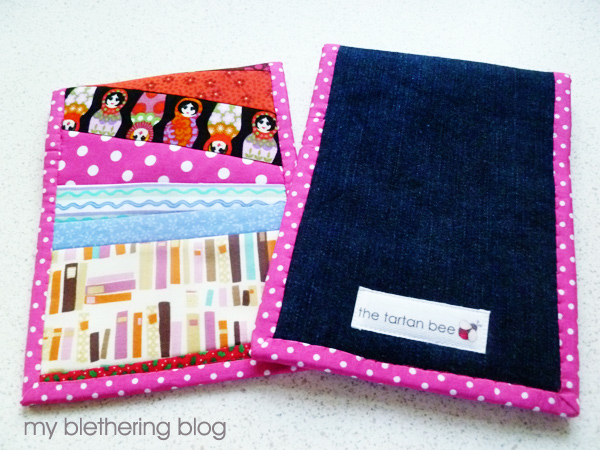