As promised, here are a few more photos of Debbie and Jason's wedding. I haven't seen all of Joanna's photos yet and none taken with Debbie's camera so there might be more - or there might not!

First of all, Debbie in all her finery. She made her bouquet using brooches which she borrowed or collected from friends and family here and in Canada. There was one on there that had been my mum's and she'd attached a trio of small pearl beads which she had found in the bottom of the garment bag which held Granny Lee's wedding dress. It was sweet to think that both Grannies were there with her. 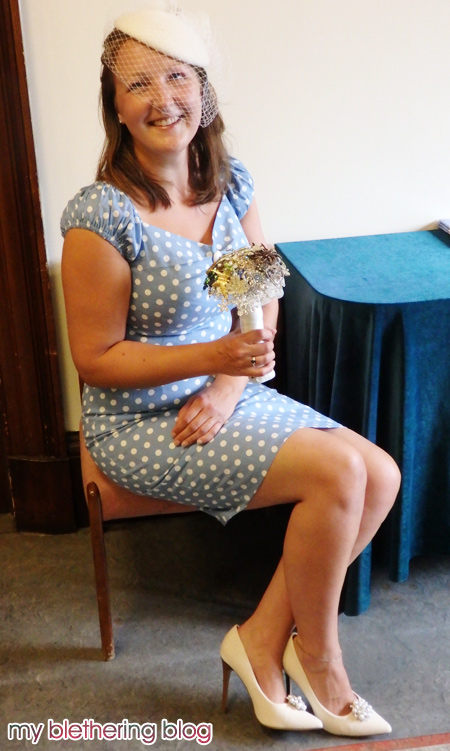 Standing at the start of the ceremony. This was the view we had of them ... 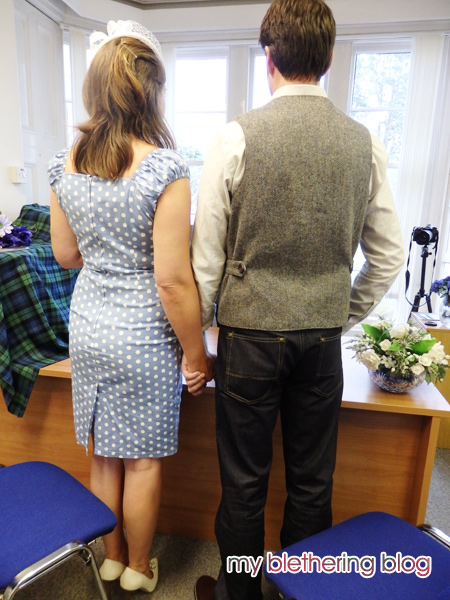 ... but the Canadian side of the family had a frontal view. This is how that was done - that's Jason's phone on the window ledge with the Facetime app going. They didn't have a perfect picture all the time but they heard the whole ceremony and it was lovely that they could see and hear most of what was going on. 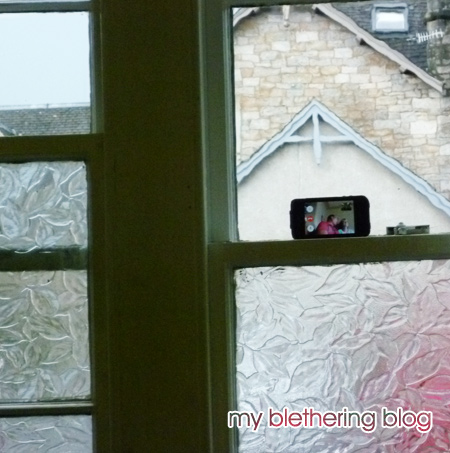 If you look at their wrists in this photo, you'll see that they're tied together with tartan ribbon. It's called hand-fasting - a ribbon is tied around their wrists representing their union as a married couple. It was my job to tie the ribbon and, thankfully, I did it beautifully! :oD 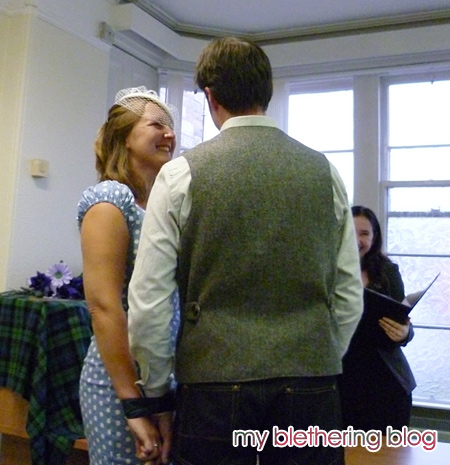 This photo was taken by the Registrar who married Debbie and Jason. Don't we all look spiffy? 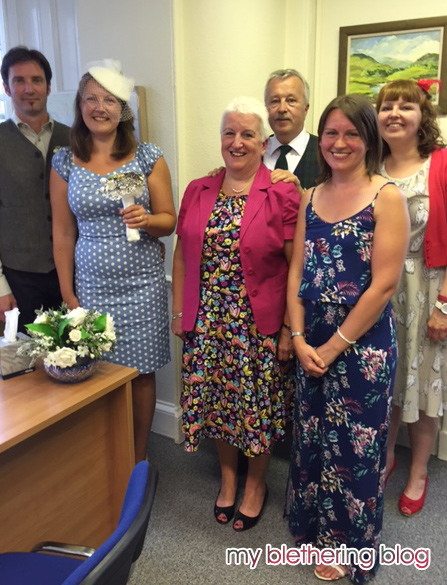 One of Debbie's neighbours made a wedding cake for them. 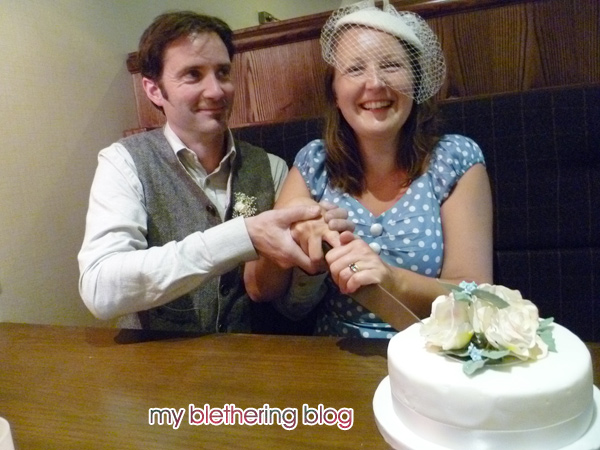 As I said on Tuesday, it was a lovely day. The thunder and lightning and heavy rain outside had no effect on the happiness of the day.