Really? It's been 2 weeks since I blethered on here? Wow! Time really does fly when you're having "fun"! Let me show you some of the "fun" I've been having in the last 2 weeks.

First of all, I tidied the freezers. Threw out some things that were better out than in ... 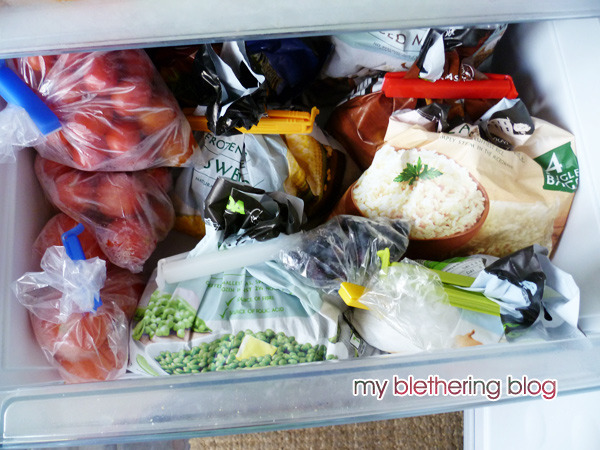 ... and made lists of what's in there so, hopefully, there won't be any more "what the heck is this?" kind of things happening! (No guarantees on that if labels fall off! LOL) 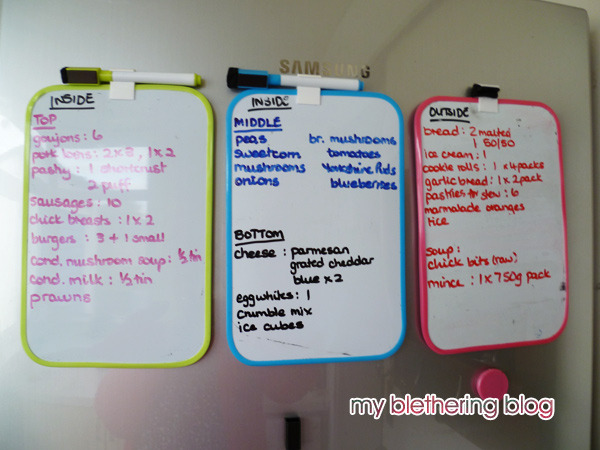 Next I made a jacket to wear to the Singers' concert which took place last night. 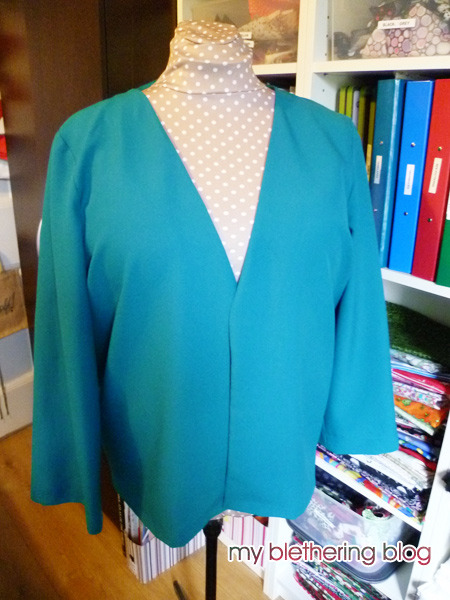 I am trying to block from my mind the number of attempts at making this jacket and how many were abandoned/ripped down because they were ugly/far too big/etc. etc. This one, although it doesn't look that great on Diana the dummy, looks fine in real life on me. Phew!

I saw on Pinterest - where else? - that people cooked all sorts of things in their waffle maker so we had a bash at it too. First of all I cooked bacon - no pic of that - and then fried some eggs. 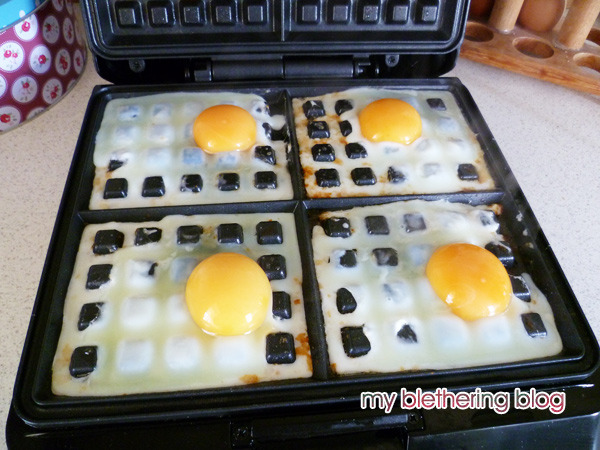 They were delish - a bit difficult to get out of the waffle maker in one piece but that wasn't too important! Just a note if you want to try doing the same - you cook the bacon with the lid closed but you leave it up to cook the eggs. Great fun!

We had about 2½ days of warm sunshine last week so Tilly and I sat outside for a wee while. I have no idea why she's sniffing my trouser leg! :oD 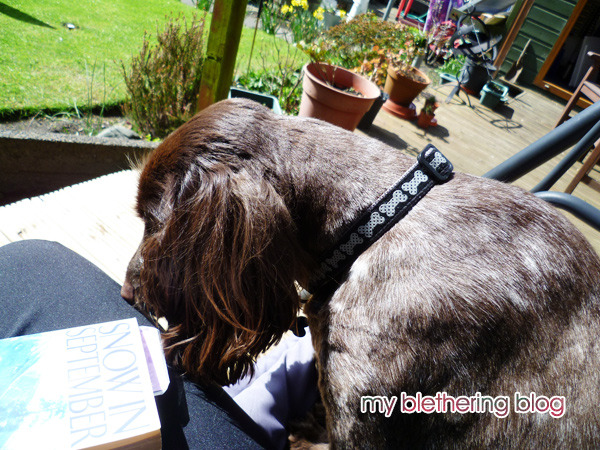 I sold one of my baby quilts from my Etsy shop - yay!! - so I wanted to make another one. This time I went with my sudoku quilt pattern - 9 colours, no 2 the same in the 9-patch or hoizontal/vertical rows. Using a completed sudoku puzzle is a great way of not having to decide what goes where. Here are some photos of the process: 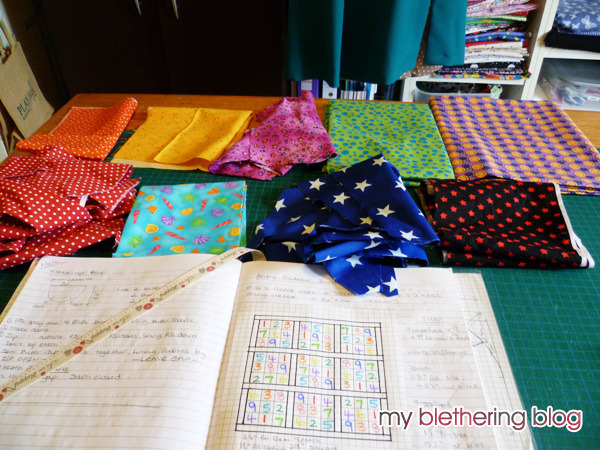 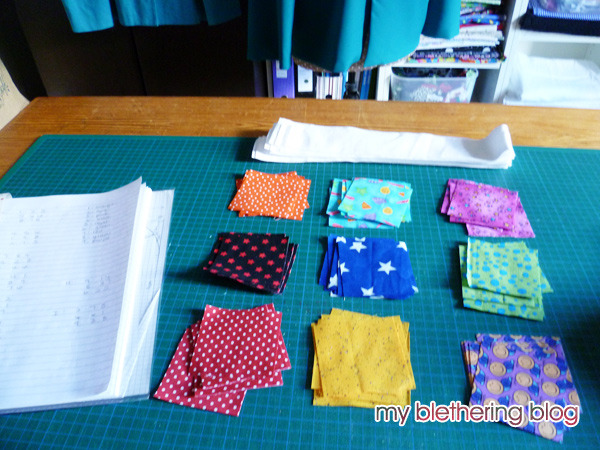 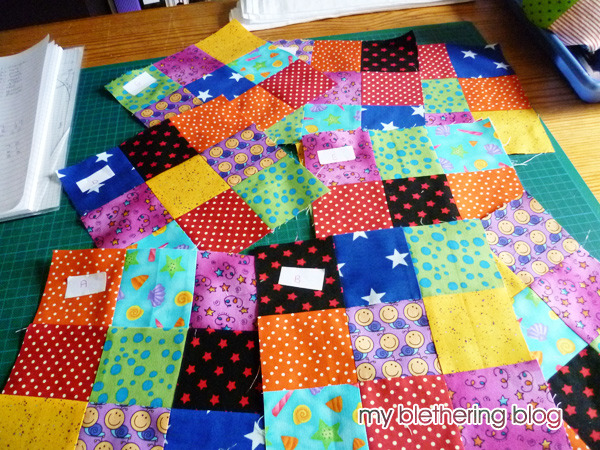 And the finished quilt top just waiting for me to put in on to a fleece backing: 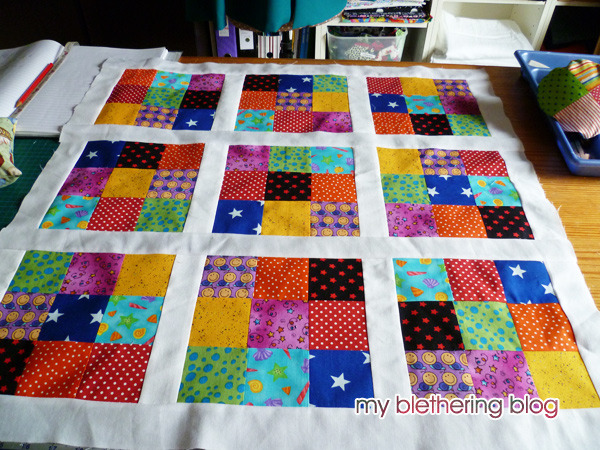 The most exciting thing that's happened is something I bought for myself. I thought long and hard about getting one of these - I'm talking at least 20 years! - then, last week, I saw that an online seller had dropped the price by £200. I jumped at it - £200 off was far too good to turn down!

What did I get? An embroidery machine! This is it as it came out of its box. 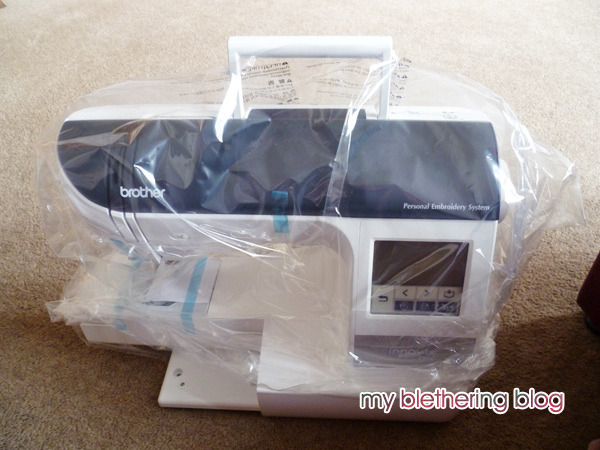 Within 20 minutes of it arriving, I had it set up and embroidering. 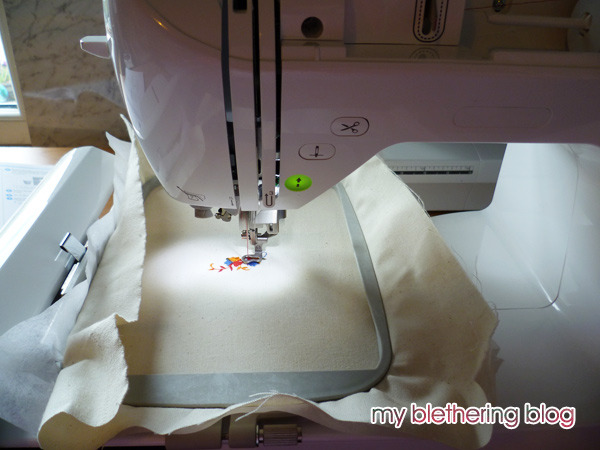 These are just a few of the designs I've done so far. 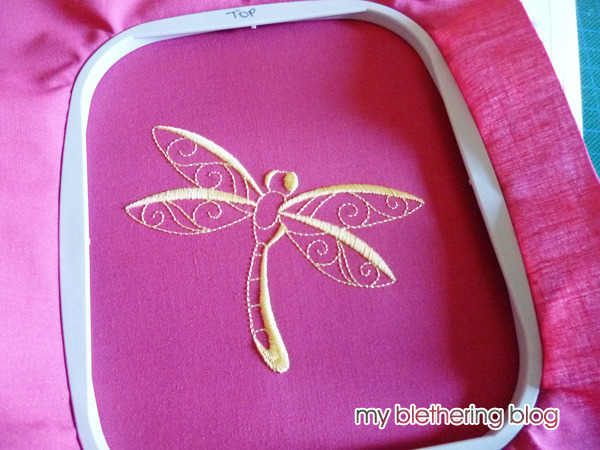 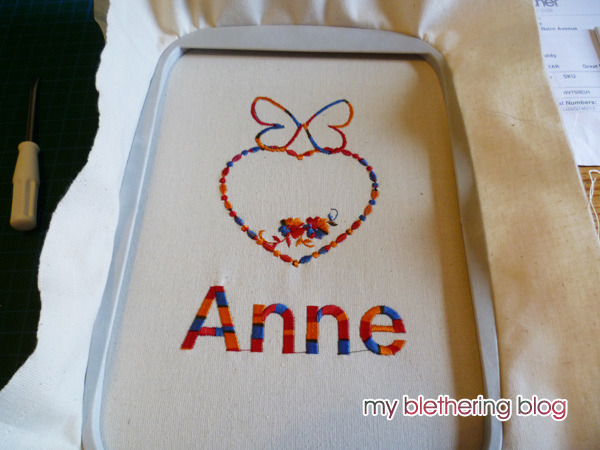 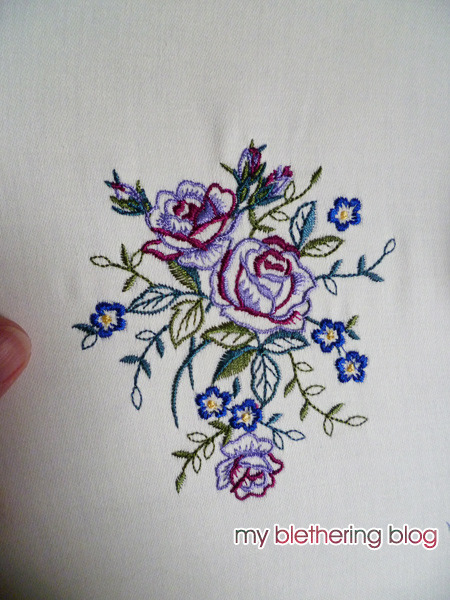 It's quite a learning curve I'm on at the moment but, boy, is it fun! Whoever said "you can't teach an old dog new tricks" was wrong! This old dog (!!) is learning a lot of new things - and having a lot of fun in the process too! :o)