I found an old notebook ...

I found an old notebook the other day (when I was looking for something else entirely!) and it had a lot of very interesting things in it. Actually, saying "I found" the notebook isn't true - it was never lost. I just hadn't opened it in years - more than 16 years in fact! - and so it was a bit of a surprise to see what was in there.

Instructions for how to make an angel ornament from sequin waste: 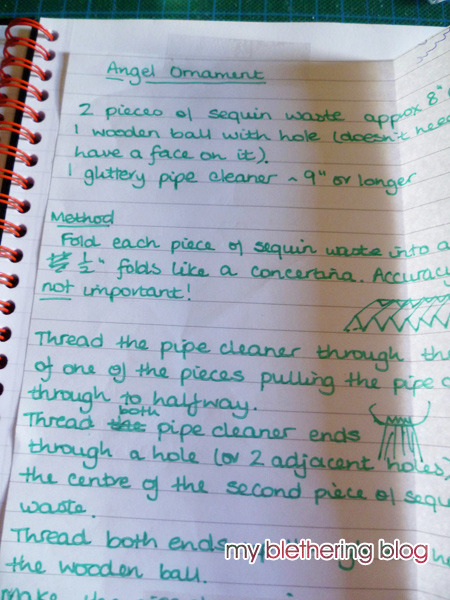 A scrap of paper telling me how to make a tutu: 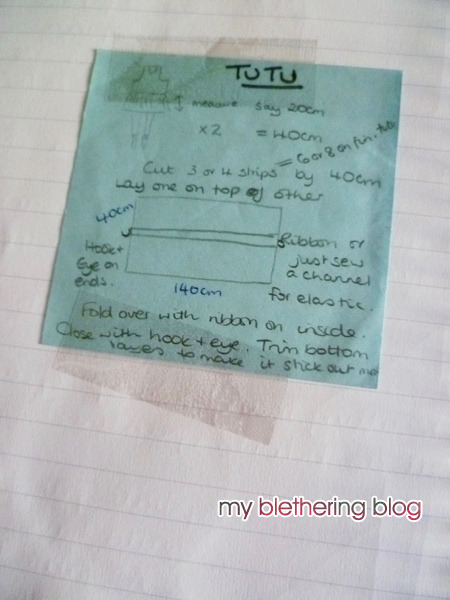 I did make tutus for the girls when they were wee and went to dancing classes but I don't think this was how I made them.

Instructions for how to make scrunchies - this is Debbie's writing, I think. 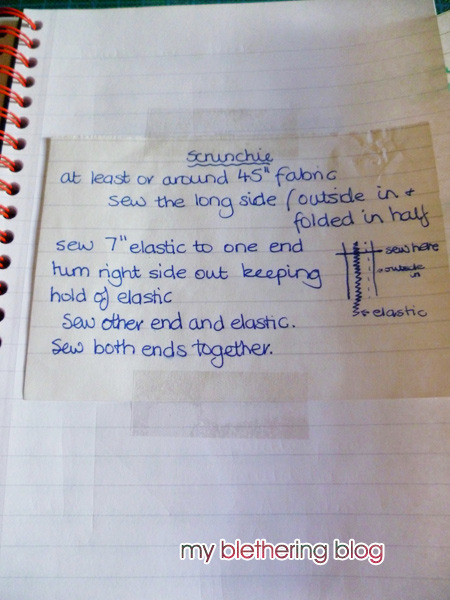 How to make "Alice's box". I used to work with Alice in the fabric shop in Inverness and she showed me how to make these boxes out of old Christmas cards. (Anne - I think these are the same as you showed us last Christmas.) 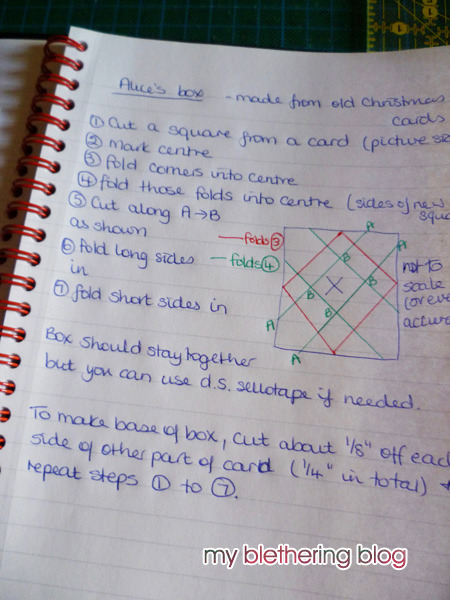 There was also a patchwork block pattern which I had called "Janet's cross". 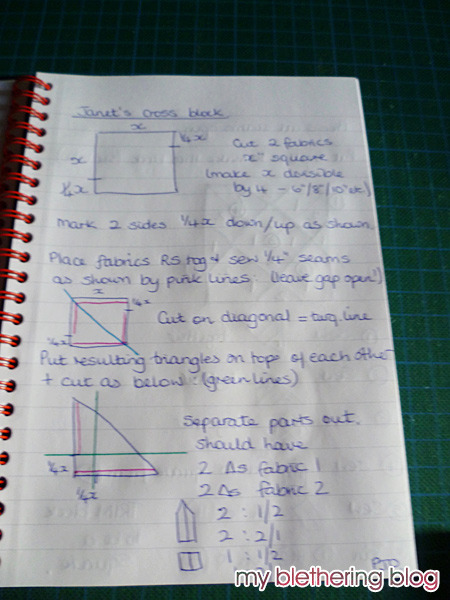 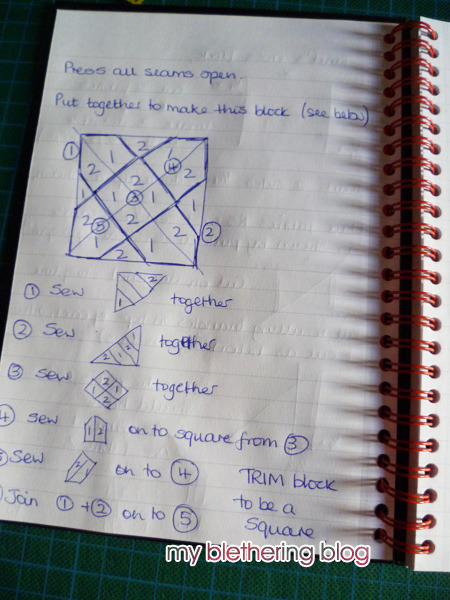 Janet also worked in the fabric shop with us and she was an amazing patchworker and quilter. She must have shown me how to make this cross but I confess, I don't think I ever made it.

But I have now! This was my first attempt: 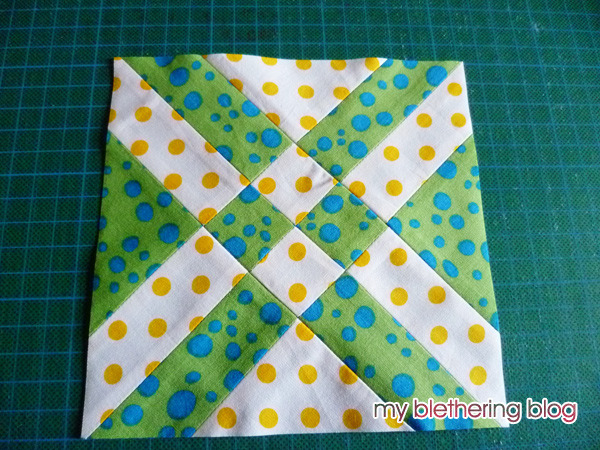 Then I got the idea of making then with one coloured fabric and one white fabric on each block so I got to cutting out all my squares and made a start: 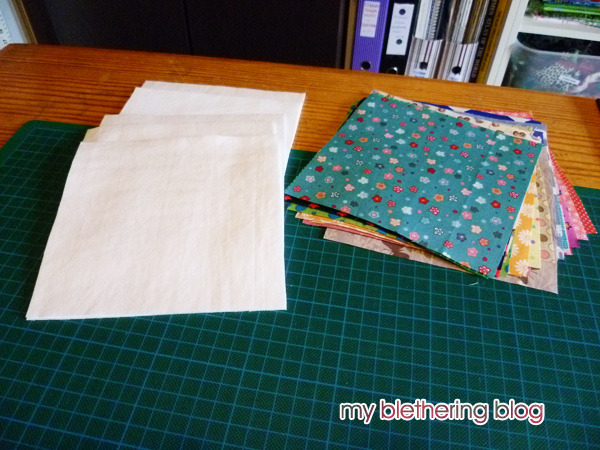 I've already got 20 of the blocks at the halfway stage - 2 squares sewn together and cut apart - but this is going to be another long term project, I think. 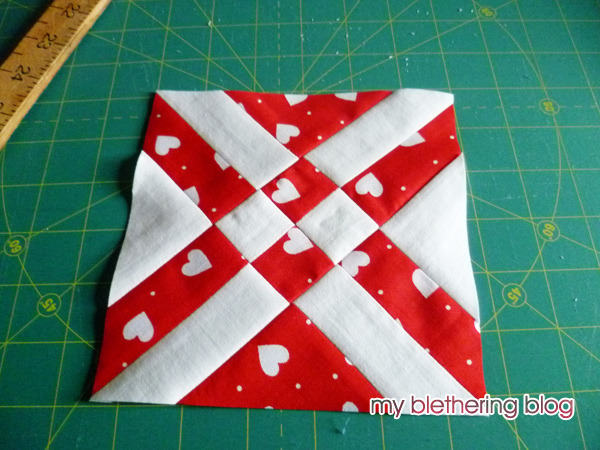 All those seams need to be pressed open which takes a lot longer than pressing them all to the dark side. I just hope it doesn't take me as long to finish it as it's taken for me to "find" that old notebook again!