Today is Douglas's birthday. For the next 3 months I get to say silly things like "old man" and "wow, you're old" then, in May, I have to stop saying those things because I'll be the same age as he is today. But, for the next 3 months, I'll enjoy teasing him about him being old. :oD

His mum gave him a Da Vinci catapult and he started playing with working on it this morning at snack time. 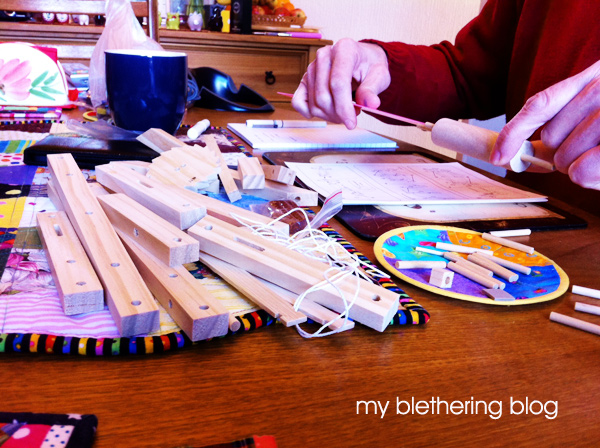 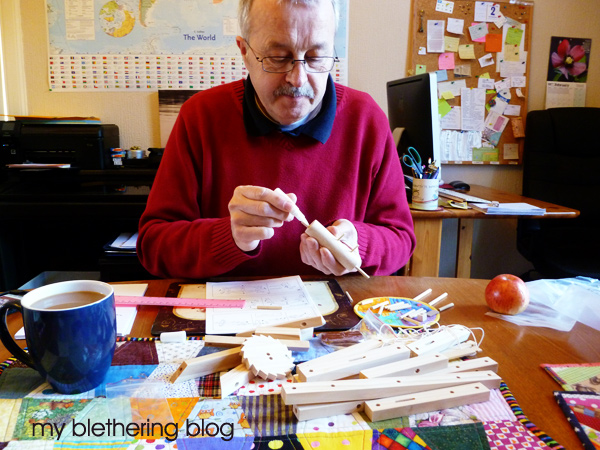 He had it almost built up by lunchtime. 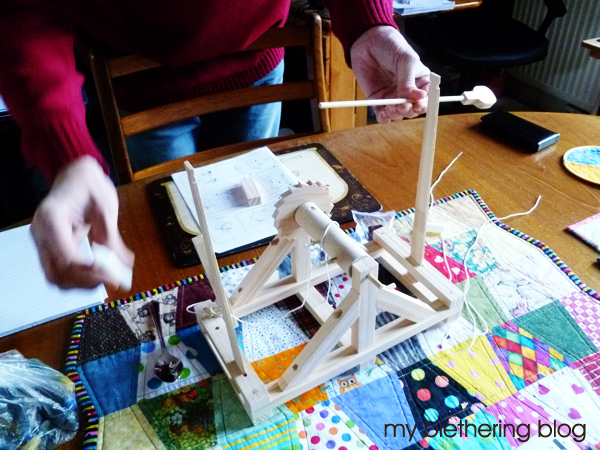 I don't have any photos of him firing it out of the back door - or of Molly stealing and eating his ammunition - but I know he enjoyed himself with it. Boys and their toys!

This afternoon Debbie and I made a chocolate cake for his birthday. We used the Pioneer Woman's chocolate sheet cake recipe (without the nuts on the top) but halved the quantities. We got 2 8" cakes out of it and this was the first one which we (stupidly) attempted to get out of the tin before we put the icing on. You need to put the icing on the cake whilst it's still hot so, naturally, the cake didn't want to come out of the tin in one piece ... 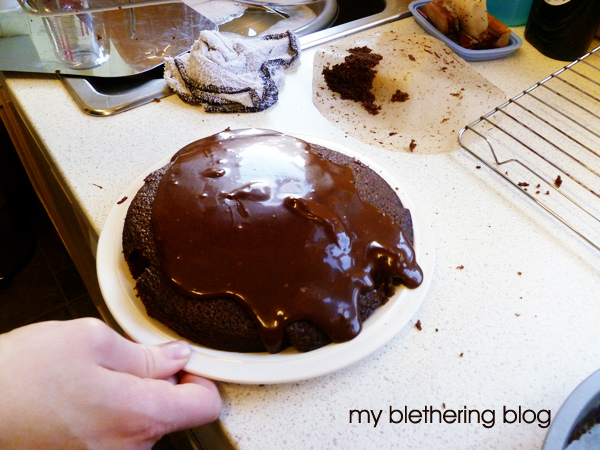 ... but we managed to stick it all back together with the aid of the icing. It might look ugly but it tastes delicious!