I finished the lion for Debbie - or rather for Emily and Isla. Let me take you through the process.

First of all I cut out all the pieces. 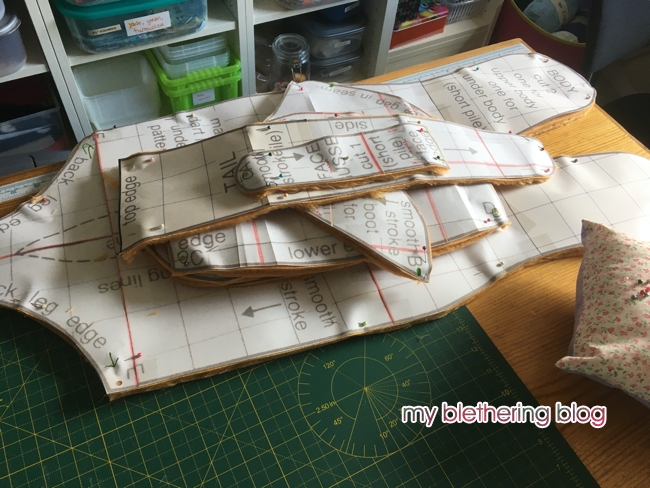 Then I sewed the body up as for as I could. 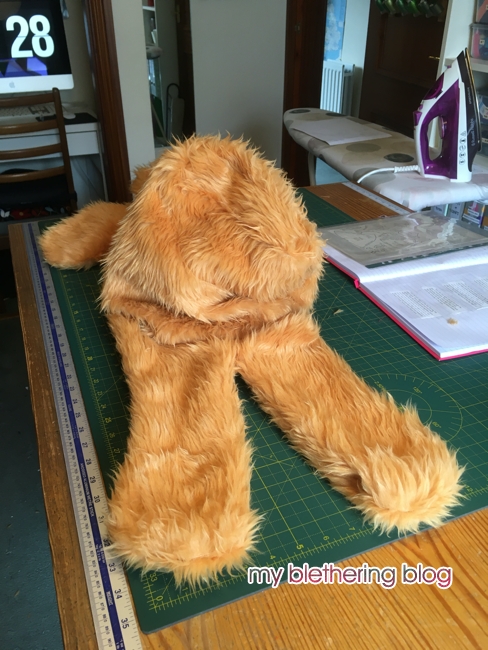 I needed to wait for the stuffing I'd ordered (from Dunelm Mill) to come before I could do more with the body so I made up all the rest of the bits. The tail: 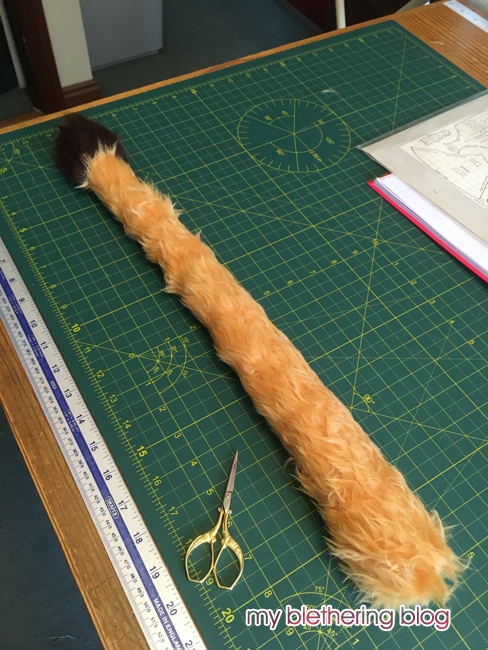 The mane and the ears: 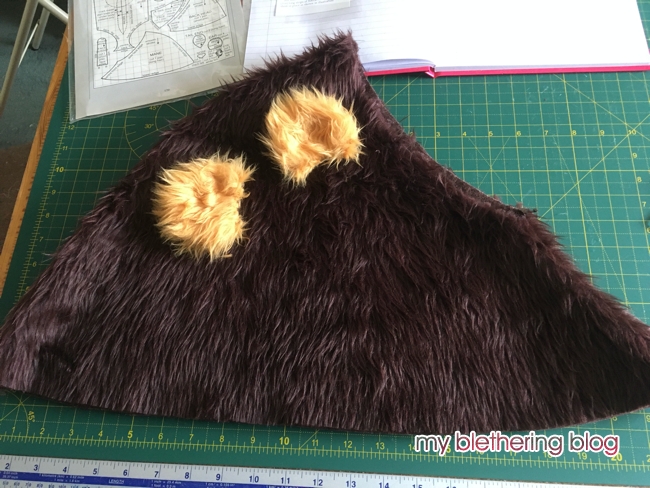 And the bits for the face: 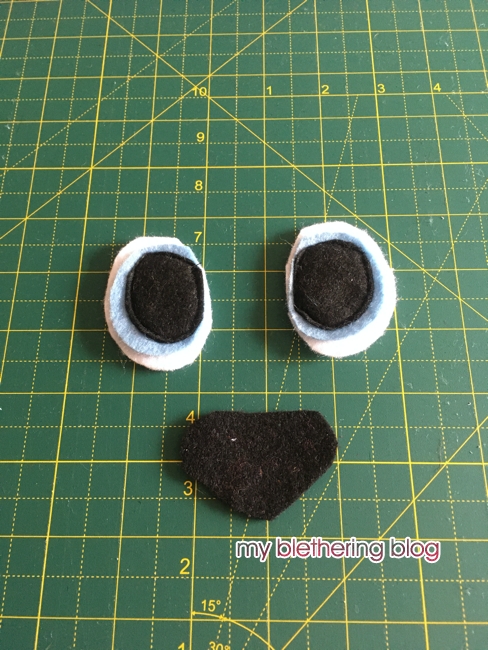 Anyway, I printed out the pattern at 200%. The big lion was printed out at 599% so 200% was going to work out at about a third of the full size so it would finish at about 11" long. Perfect for a wee cuddly lion! So, I cut out the pieces: 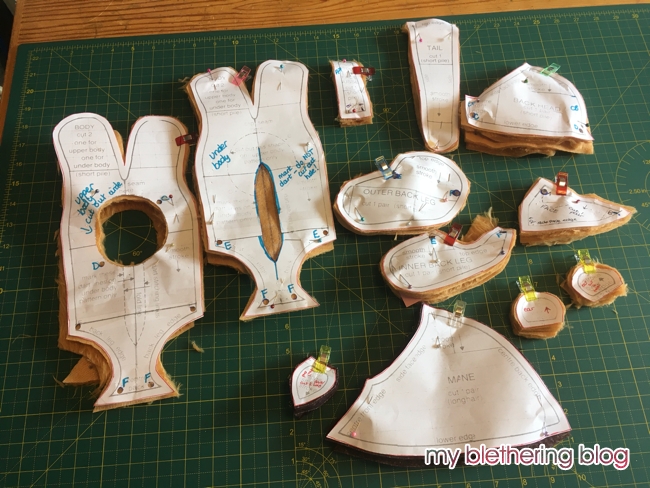 Sewed the bodies up to the ready-for-stuffing stage: 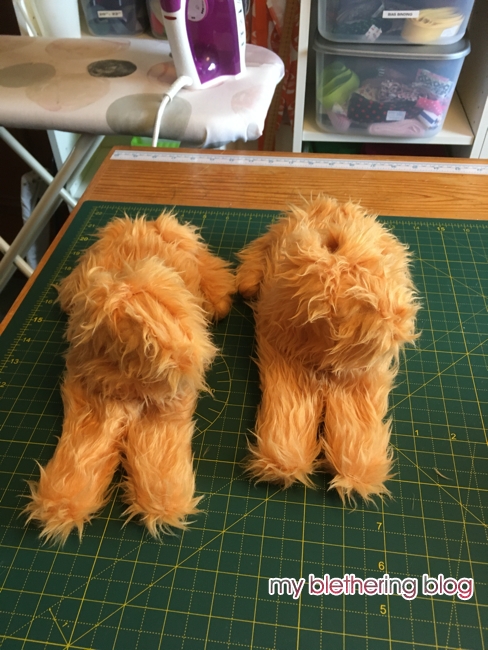 Made the tails, manes and ears: 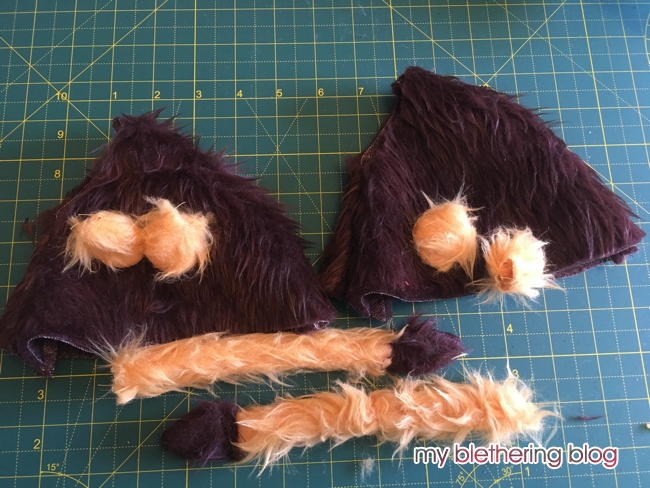 I had enough stuffing to stuff them so I did that and then sewed on the manes and tails. 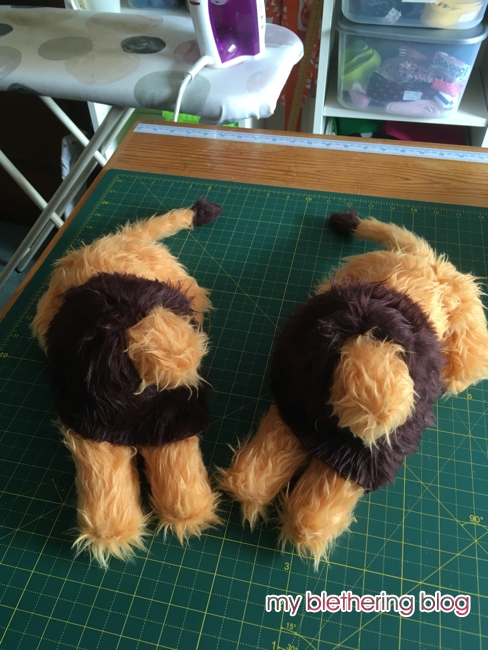 Then I sewed on their faces and ears and here they are. 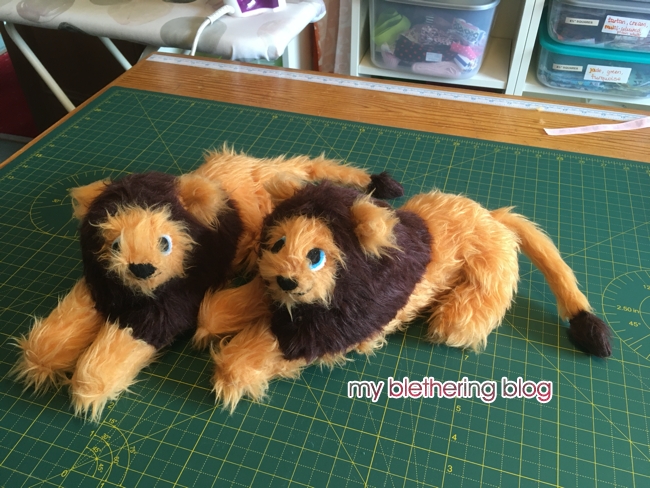 The stuffing arrived for the big lion the next day - perfect timing! - so I got him stuffed. 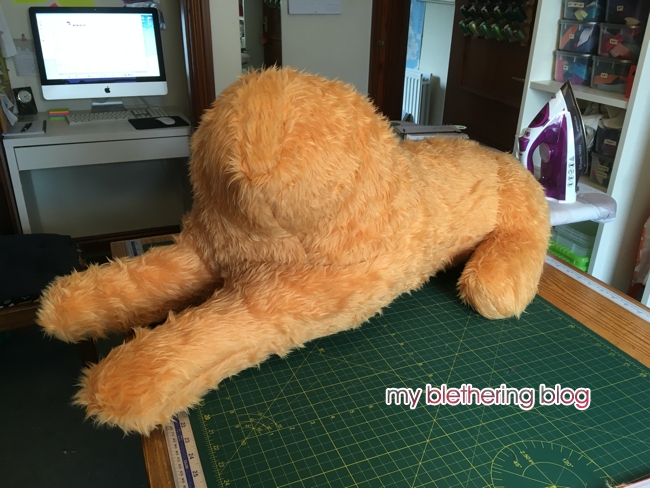 And here he is with all his other bits attached. 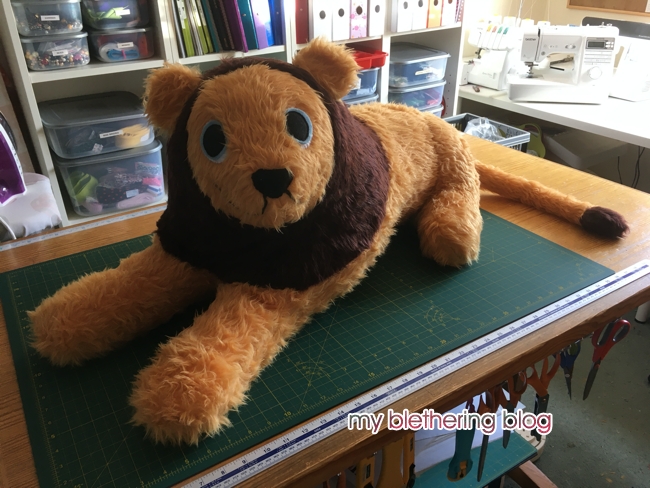 I am sooooooo pleased with him. He really is gorgeous!

As we wait to be allowed to go and visit family, the lions are all lying about in the living room. I smile every single time I look at them! 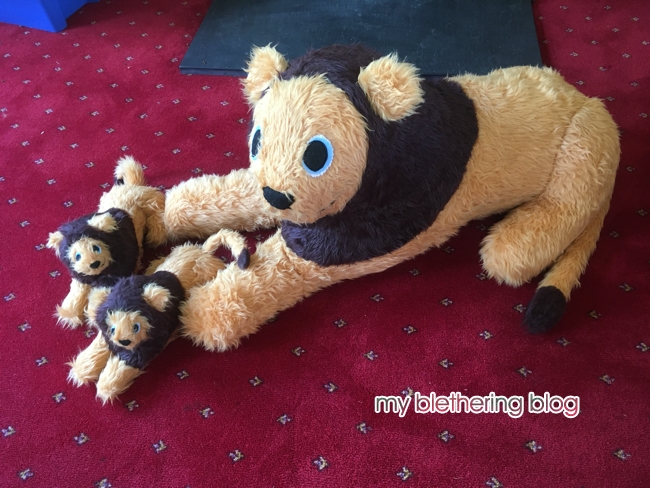 Now, you might be wondering what the title of this post is about. Well, Emily has a lion hand puppet which she calls "Wow". When Debbie and Joanna and I were discussing what the name of the big lion could be, Debbie said it had to be "Big Wow". Perfect! Then, when I made to 2 mini versions, Joanna said that they just had to be called "Wee Wows". Hilarious!