I've been busy trying to use up the wee scraps of fabric that seem to breed when I'm not paying attention. I decided to gather some of them into two baskets - one full of strips and one full of bits. 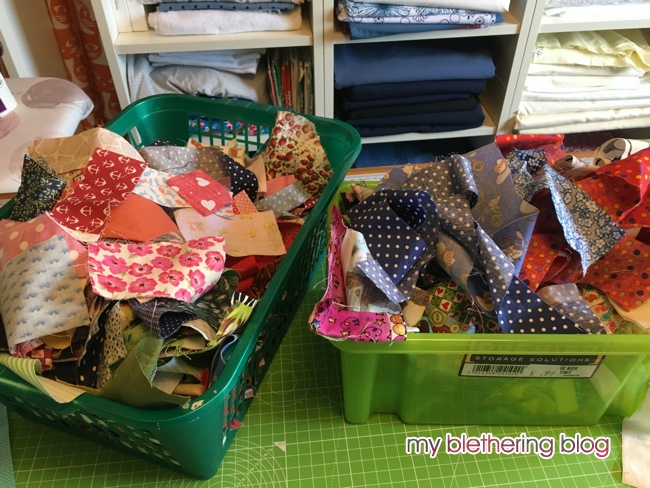 Then I started sewing them together to make wee blocks. 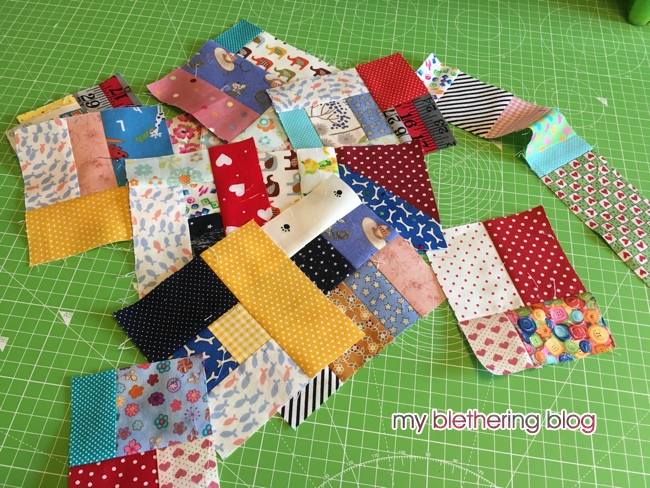 Then into bigger blocks ... 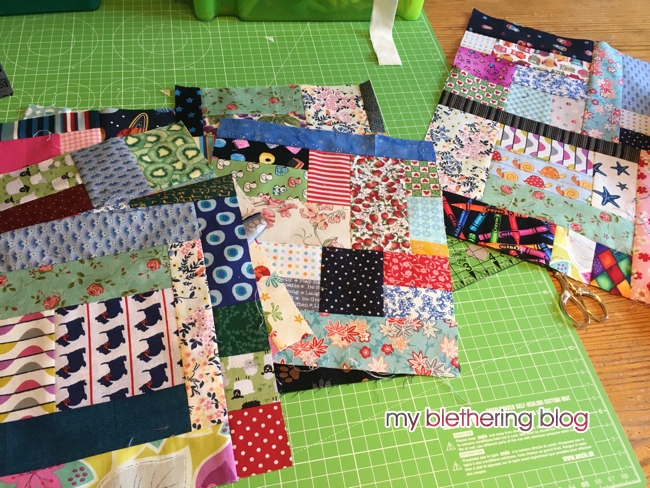 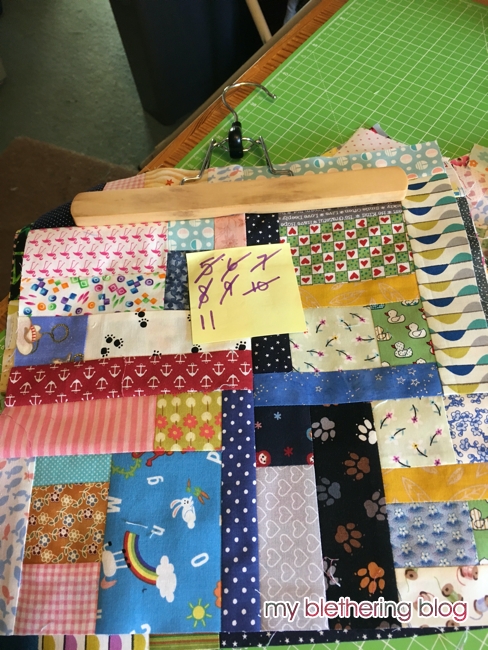 I now have 14 made and will keep going until I have enough to make a lap quilt. I'm enjoying doing it as playing with fabric - no matter how small! - is always a favourite game of mine.

I was over at Debbie's last week and got to play with these girlies. Just have to blow my own trumpet here to point out that both girls are wearing outfits I made for them. 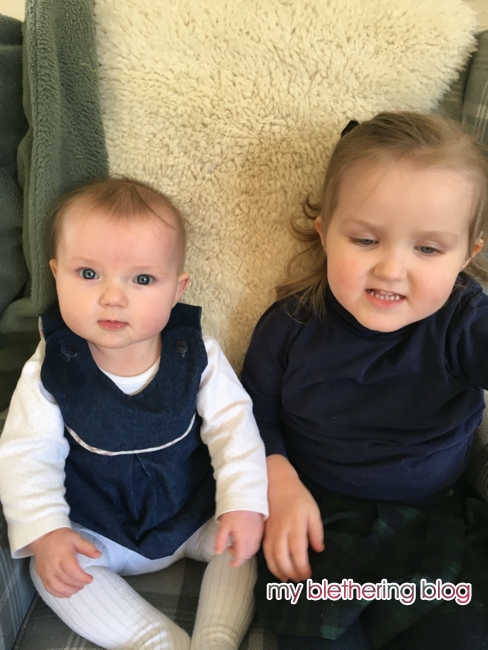 Molly had to get in on the action too - she does like sniffing faces! Isla loves watching her. 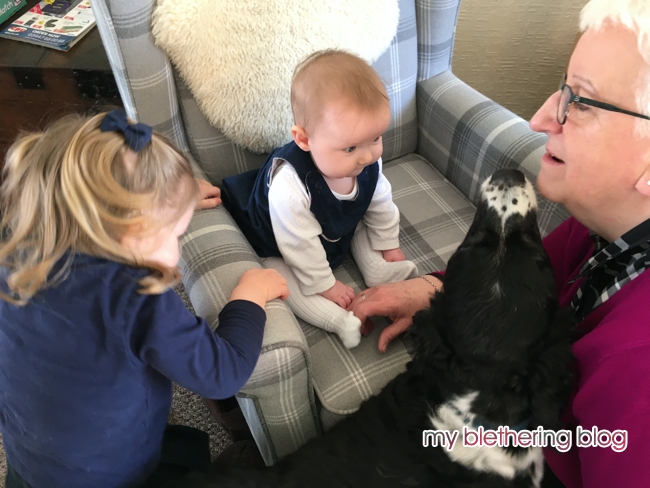 I was there to help get Emily to her audiologist appointment. The testers were very impressed with her telling Debbie that one of the tests she did was usually only done with 5 year olds. Emily isn't even 3 yet. I'm sure I said last time that we are soooooo proud of her - and of Debbie and Jason too. Let's face it, they are the ones who are bringing up a child with hearing problems and they are doing a grand job!

I put away my small blocks temporarily as I wanted to make a small picnic blanket for Emily's birthday - she's 3 next week! Where has the time gone? Anyway, we're giving her this picnic set - 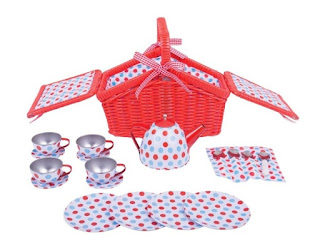 ... and I wanted to make a blanket to go with it. I finished the top this afternoon and am absolutely delighted with it. 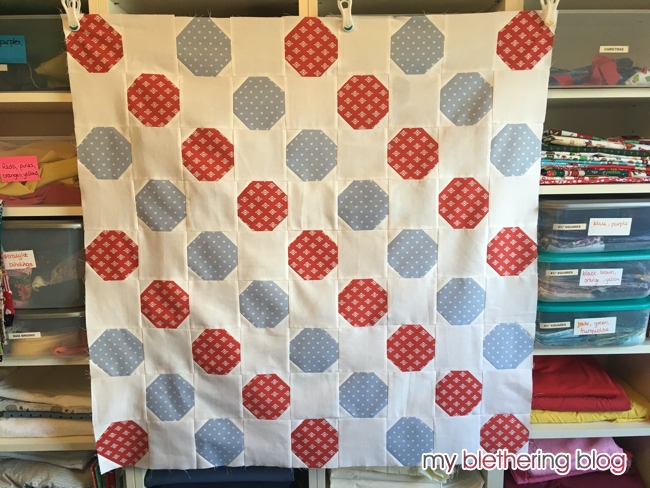 It's only 36" square which, hopefully, is a good size for a wee girl to have a picnic with her teddy bears and dollies. I doubt she'll get outside for a picnic any time soon - if it's not raining, it's snowing or blowing a gale! She'll be able to use it inside the house until it is warm enough to take it outside. I know she'll have fun with it wherever she plays with it!