Douglas gave Jo one of his old iPhones and she asked me if I'd make a cover for it. I looked through a couple of my crochet books convinced that I'd seen an iPhone cover in one of them. I had but the one I found was knitted, not crocheted. 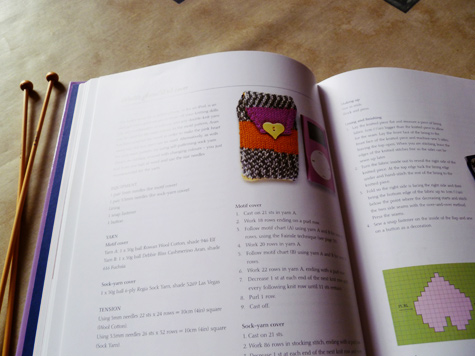 It was in this book which I had got on a bargain table somewhere. 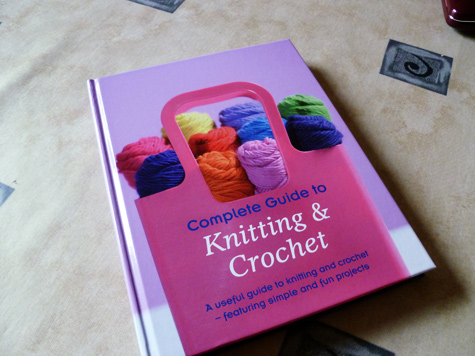 I can't remember where I got it but I think I only paid £5 for it. Definitely a bargain!!

I looked at the pattern and it called for Regia Sock yarn. I couldn't believe my eyes because I have some of that. I bought it at least 5 years ago. I did start to make socks with it but 4 ply yarn and myself were only ever friends when I knitted on the knitting machine so it quickly got ripped out and the wool was left languishing at the bottom of the crate.

Well no more! I dug it out, dusted it off - yes, really - and started knitting. It was actually fun to knit because it was only 21 stitches wide so the rows were done really quickly and the colours are fab.

I got it knitted yesterday afternoon and sewed it up, crocheted around the top to give it a firmer edge and sewed a wee navy toggle on it this afternoon. (The pattern calls for the case to be lined but I didn't do that - lazy and all that! LOL) 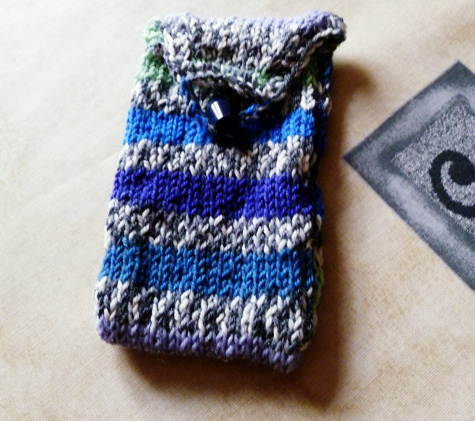 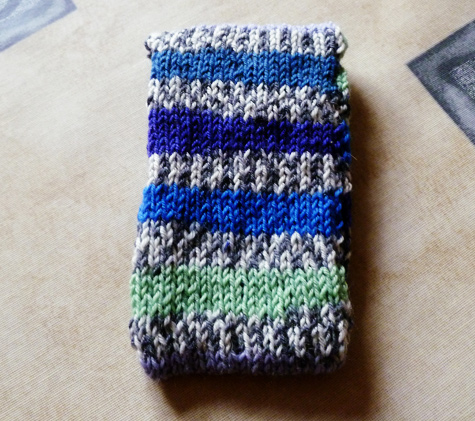 And the most important thing - Jo loves it! Yay! :o)

Now my brain is thinking, why not cast on 42 stitches on 4 pins and knit the case like a sock? Then I wouldn't have to join it up the edges and the pattern would work out in fewer stripes. Mmmmmm. I might just have to try it and see what happens. After all, I'm inheriting the other (even older) iPhone from Douglas so I'll need a cover too! :oD