how I joined my LTP blocks

A couple of people asked me to show how I would join the LTP blocks so I took a few lot of photos to show my process.

First of all, you need to have all your blocks quilted and trimmed to size.

Then you need to cut sashing strips for the front and back of your joins. I'm using white on the front and stripey on the back. My white strips are 2" wide and the stripey ones are 1" wide. The white 2" strips are folded in half longways (wrong sides together) and pressed so they're now a folded 1" strip. Cut both the whites and the stripes to the same size as your blocks - in my case that's 8". 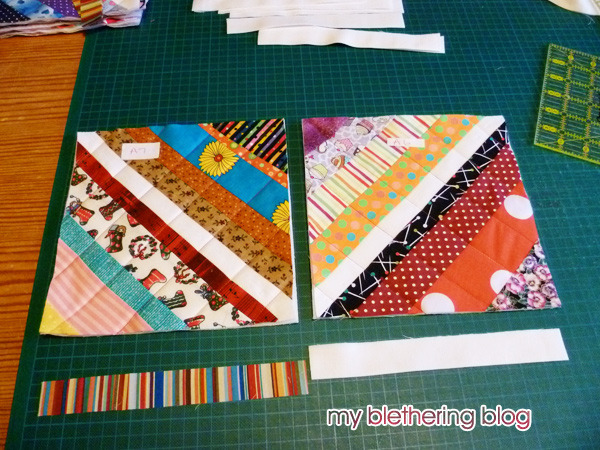 Now you're going to make a sandwich with your block and the strips. To do that, you're going to put the stripey strip on the back of the right edge of your leftmost block with right sides together - 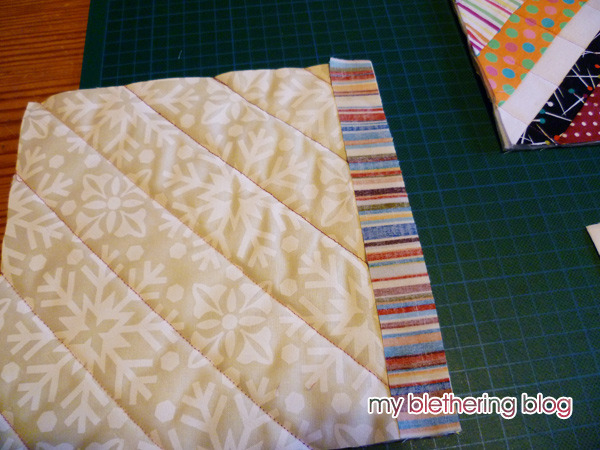 - then put the raw edge of the white strip on the front of the block, again right sides together. 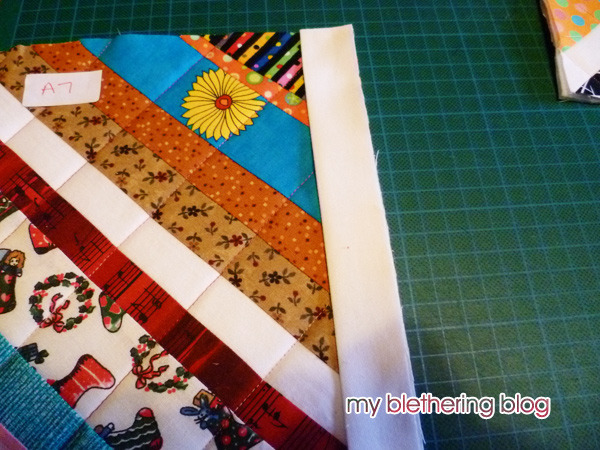 Pin those together and sew with a ¼" seam. You can see the sandwich here - stripey back strip/quilted block/white strip. 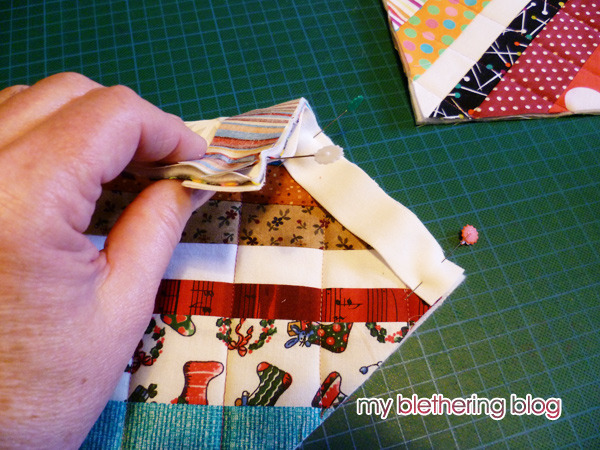 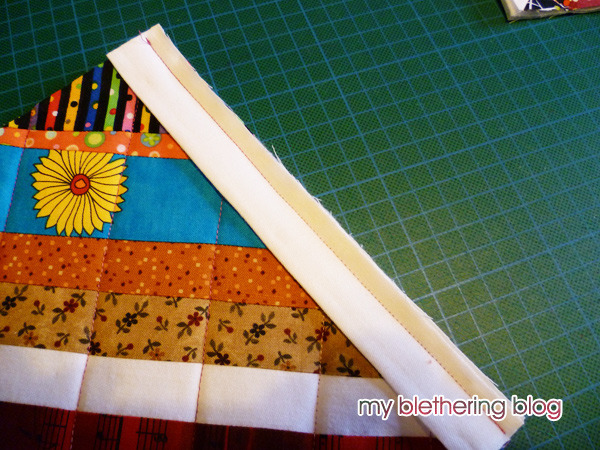 Now turn over your block and press your back strip out over the seam. 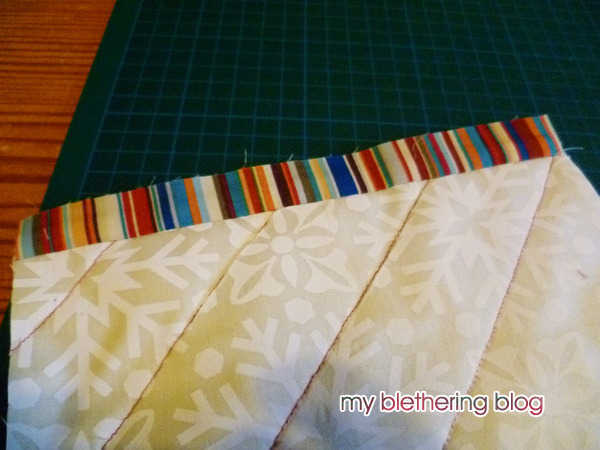 Next take your next block and put the back strip you've just sewn on to the back of the right edge of that next block. 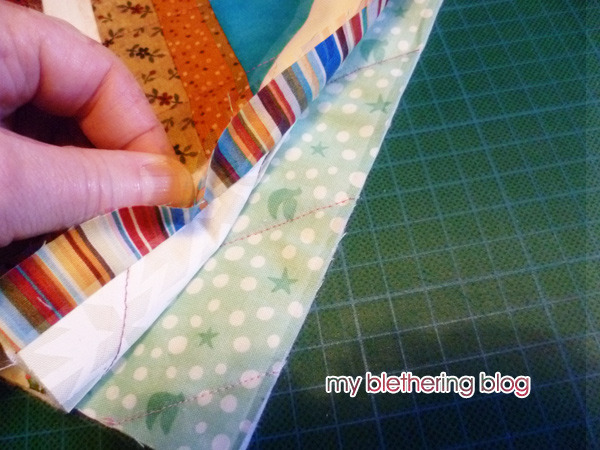 Pin them together from the top side. Sew down that seam with a ¼" seam keeping the seam you've already sewn out of the way. I used my ordinary sewing foot in my machine as the walking foot kept getting stuck on the all the layers from that other seam. Take your time and it'll be fine! 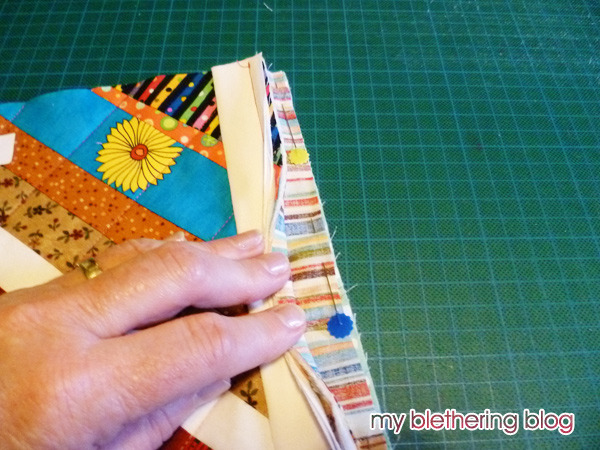 This is what the back now looks like with the stripey strip sewn down between the blocks. It measures ½" wide and neatly covers the join. Nice! 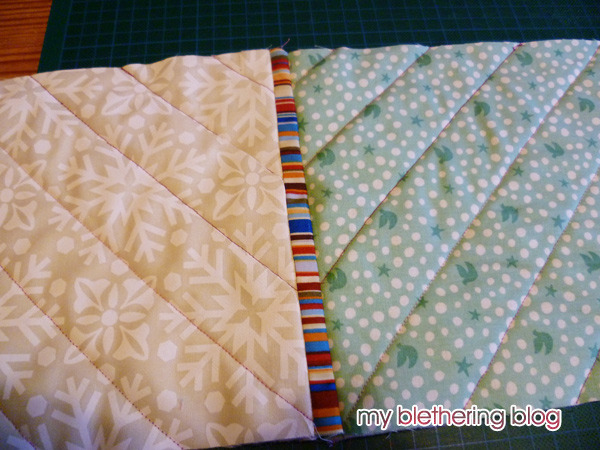 Turn back over to the front and press those seams down flat. You might need to (gently) pull your blocks apart to make them lie flat. Again, take your time and they will lie properly. This photo shows the seams before pressing! 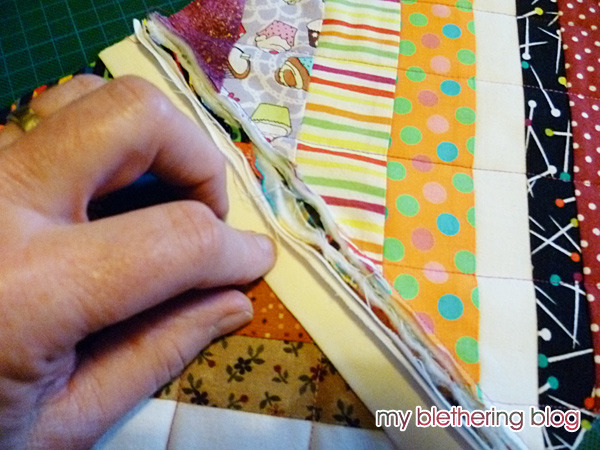 Press your white strip over that seam. The folded edge will lie just past the seam line from sewing the stripey strip on the back of your second block. 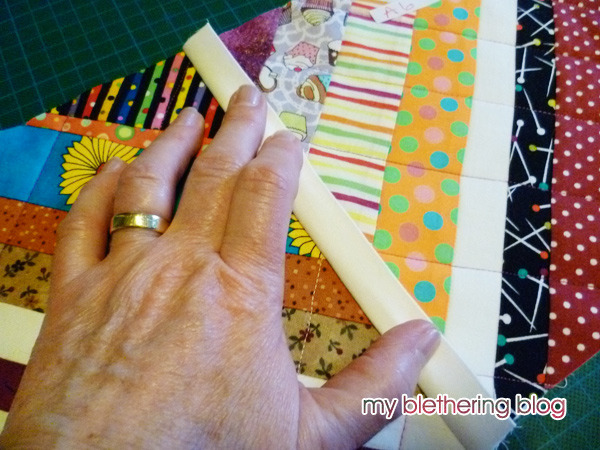 Pin and stitch that down as close to the folded edge as you can. I used white thread to match the white strip and a straight stitch but you can use a coloured thread and/or a fancy stitch if you prefer. 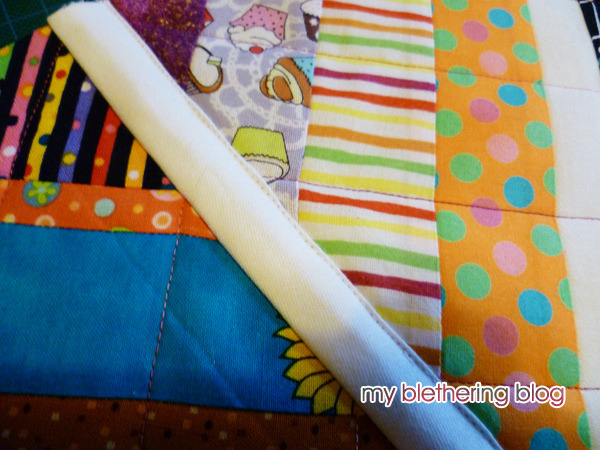 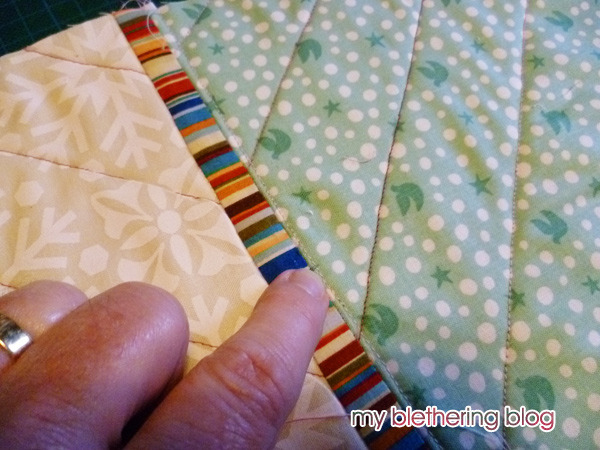 Now I turn back to the front and stitch down the left side of the white strip as close to the edge as I can. 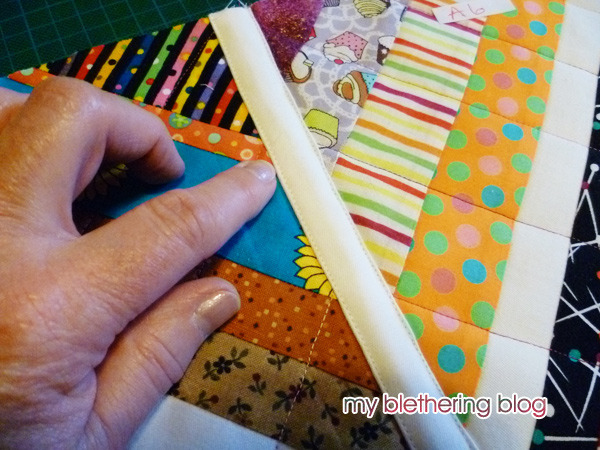 Here's what that line of stitching looks like from the back. It's actually right there in the ditch of the stripey strip but it probably won't always be that close. 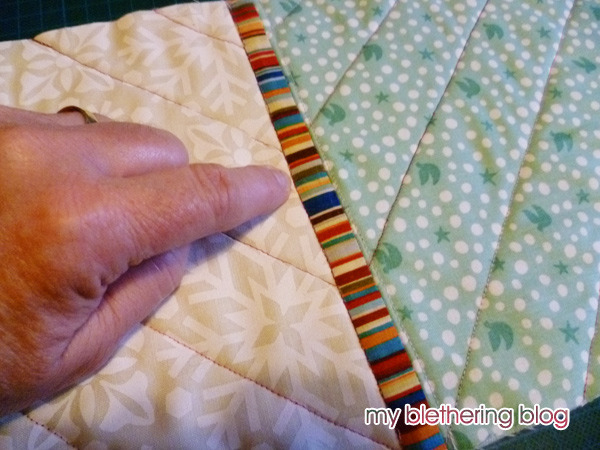 So that's the first join done. 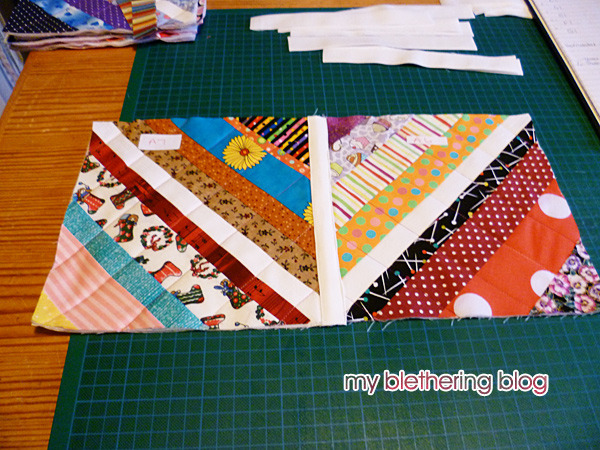 Go through the exact same process for joining blocks 2 and 3 and so on along the row. This is what my first row of joined blocks looks like. 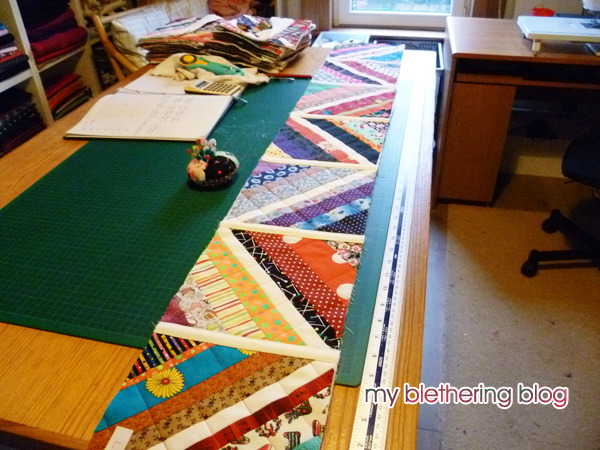 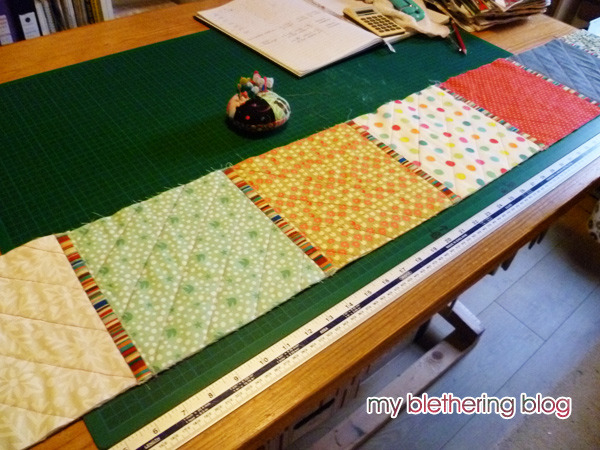 Using a 1" strip on the back makes the join ½" wide and the 1" folded white strip on the front makes the white join about ¾" wide. If you wanted your strips wider than that, go for it! I wanted my white strip to be roughly the same width as the white diagonal strips in the blocks so ¾" was perfect for me.

After you've got all your rows done, you go through the same process for joining the rows. You'll need to cut your strips to the length of your rows - in my case it'll be 56" - but, other than that, the process is exactly the same.

Okay, off to join the rest of my blocks into rows ... then the rows together ... then it'll be the binding on and the LTP will be done.