padding the dummy and other things

I can't show everything I've been making this week as some of them are "blanks" for Christmas gifts. I've taken photos, though, so, after the big man has been, I'll dig them out and fill in the blanks.

In the meantime, here are a few miscellaneous shots from my camera.

First of all, this is Diana the dummy in her new spotty outfit. I wanted her to look more like me - bigger in the boobular area and not so flat over the tummy section so I padded her out with wadding and bump (curtain interlining) and this is how she looks now. She's got a few lumps there (a wee bit like myself! :oD) but she measures the same as I do now so she'll give me a more accurate idea of the fit of things. Hopefully! 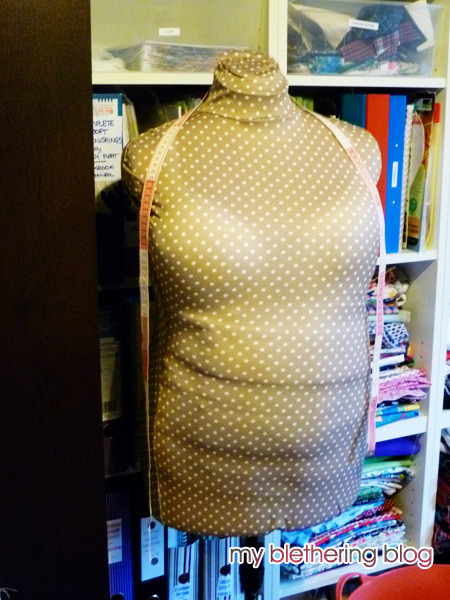 I dug out our Christmas mugs last week, washed them and hung them on the mug hooks. Three hooks are empty because I'd already used the mugs before I thought of taking the photo! I have to say, I find the 2 mugs on the right really annoying. The pattern is only printed on one side and, to show said pattern, they need to hang differently from all the other mugs. I don't think I have OCD but it annoys me a lot that they're like that! ;o) 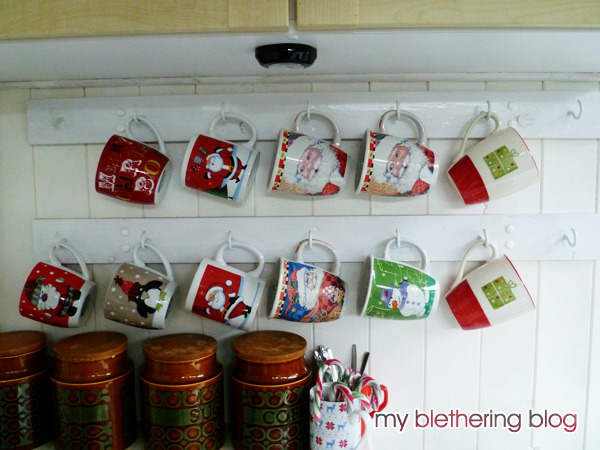 Yesterday morning we had snow. It did lie for about quarter of an hour but, thankfully, it was wet snow so it didn't take long to disappear. Phew! 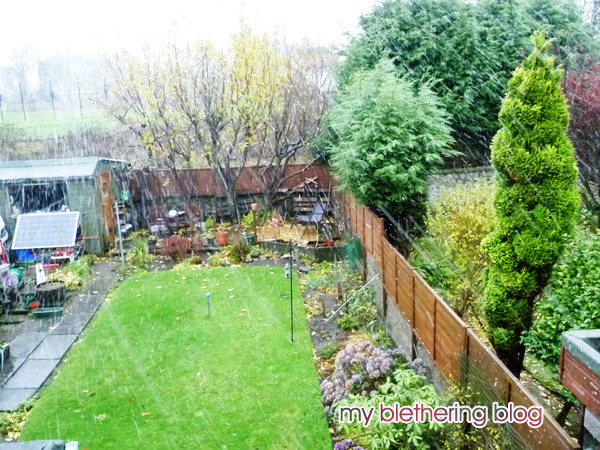 I was tidying my Christmas fabrics and found a few that I could make pinnies from so I cut them out yesterday and started sewing them today. Only the tapes to sew on now and I can start wearing my share! Yay! 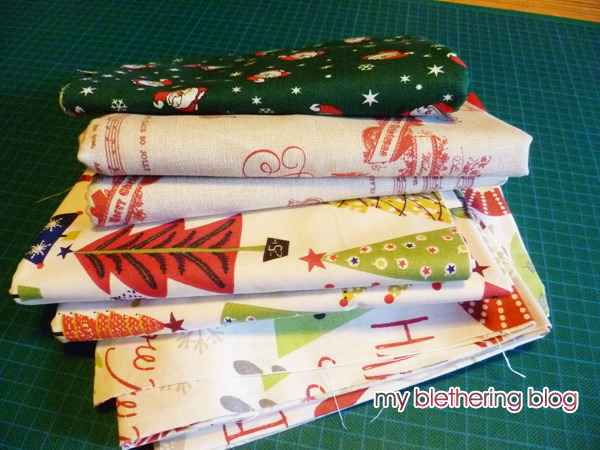 I also found a piece of Christmas pvc fabric in the pile so I cut it out for a shopping bag. I know I'll be letting loose with a few wee sweary words as I sew the pvc but hopefully not too many. I need to remind myself when I see pvc in the remnant box, how much I *hate* sewing with the stuff!! 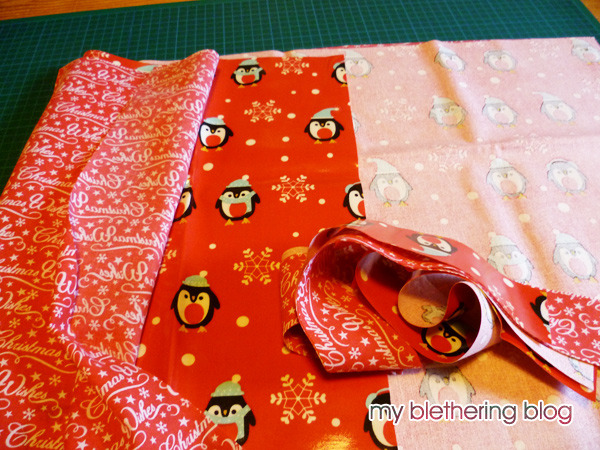 Our Christmas concert yesterday went quite well. There were a few "moments" that should have been better but the audience didn't notice and clapped loudly. Hopefully we'll have made a lot of money for the "Save the Children" charity. Douglas did take some photos for me but he was so far back in the hall that you can barely see the choir never mind the bow ties and mini bow tie brooches I made. Oh well, maybe next year! :o)