I watched a video on youtube which fascinated me - see it here. I had to watch it more than once because it wasn't in English and I found it hard to watch and read subtitles at the same time! Anyway, I made an attempt at the block she made and was pleased with it but it could have been better. Here's the block: 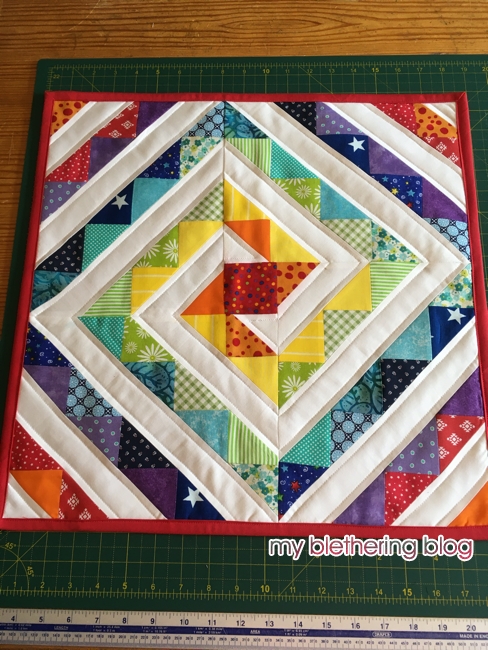 It took me about 3 days to make it trying to decipher what the subtitles meant and also converting from metric measurements to inches. I know I could have just made it metric but I don't have any metric patchwork rulers and it was a fairly easy conversion anyway so I went with inches.

As I was quilting it, it dawned on me it could be made using half-square triangles. That's what us patchworkers call a square that's made up of 2 triangles. So the squared paper came out and a plan was drawn. I am delighted with this version. 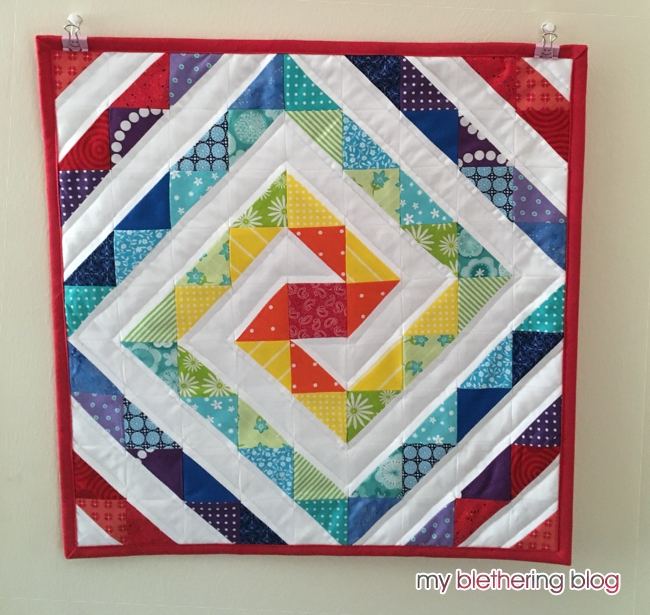 The corners of the squares match much better. The red square in the centre matches better. All in all, it is a much neater version!

I made a couple of masks for Douglas using a different pattern. 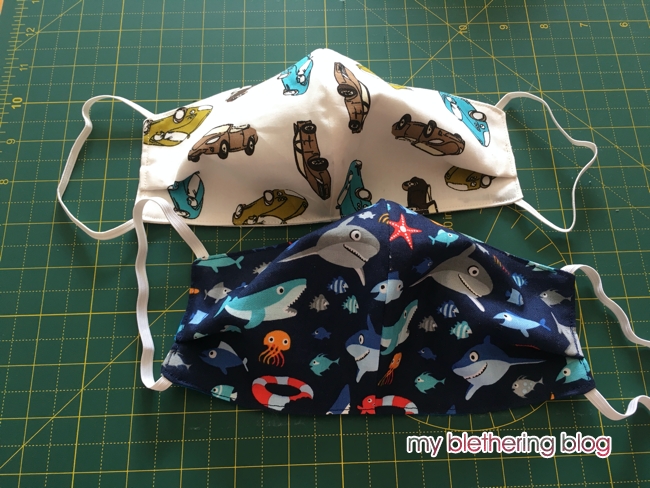 This one is curved over the nose, not flat like the previous ones I made. Douglas is happy with them so that's all that matters.

Debbie asked me to quilt some Christmas panels for her. It really didn't take long. 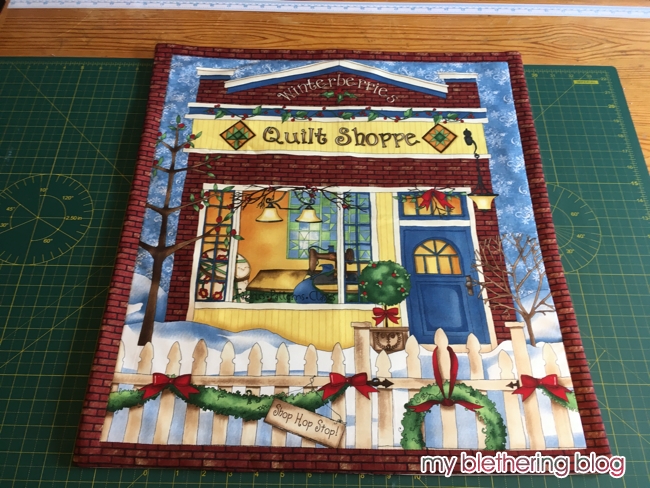 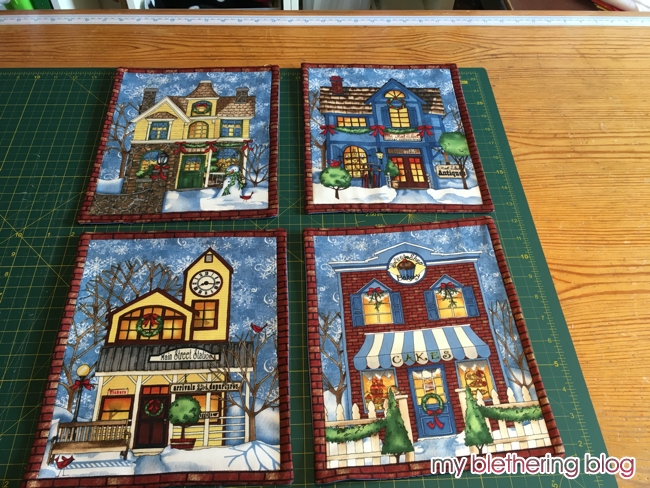 She's delighted with them so that's good.

She also asked me to sort some Sindy clothes. I did NOT enjoy this job. Far too fiddly and finicky and a general pain in the behind! But they're done so that's that! Let's hope she doesn't find any more for me to sort. I did find it interesting that all of these were bought clothes - ie none of them were made by me!

Another job for Debbie - is anybody else seeing a theme here?? - was to make some coasters from leftover fabrics I had previously made tablemats with for her. When I'd made them, there was still some fabric left so I made a couple of bigger mats which could be for a water jug or bunch of flowers or some such thing. 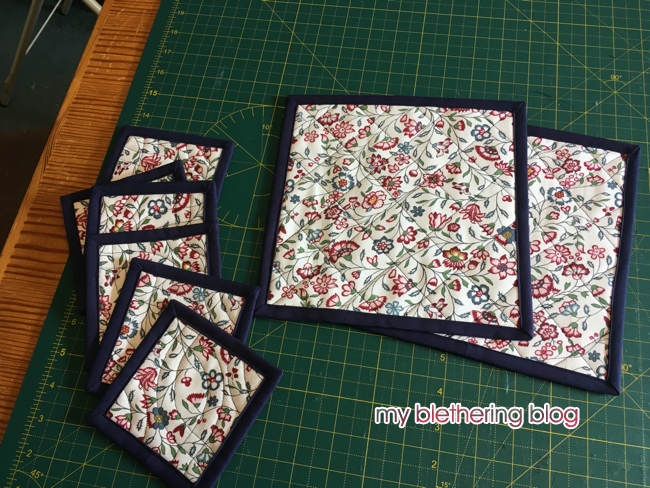 I made myself a new blouse with a new pattern. It's the Gilbert top by Helen's Closet patterns - here. 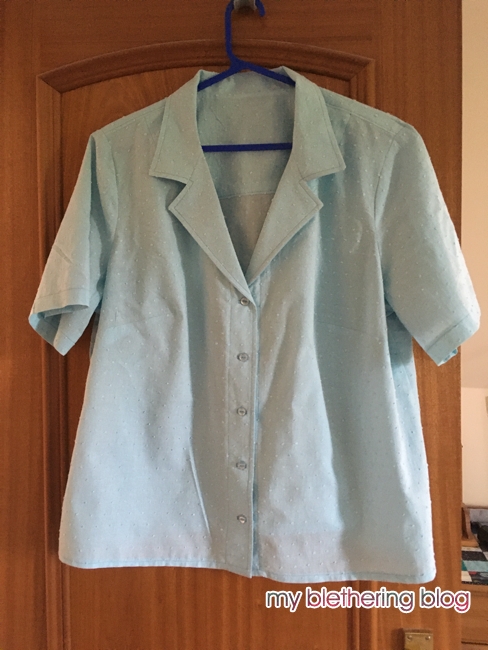 It fits me beautifully so I'll be using this pattern a lot, methinks!

So, why the "at last" as the title? Well, at last we are allowed to get together as a family. It's wonderful to be able to hug my girls and the wee girlies again. Isla - the baby - was a bit wary of us at first but is already getting used to us. When you think of it, she's spent nearly half her life in lockdown so the only people she knows is her own wee family. A strange thought, eh?

Here's Debbie with both her girlies. 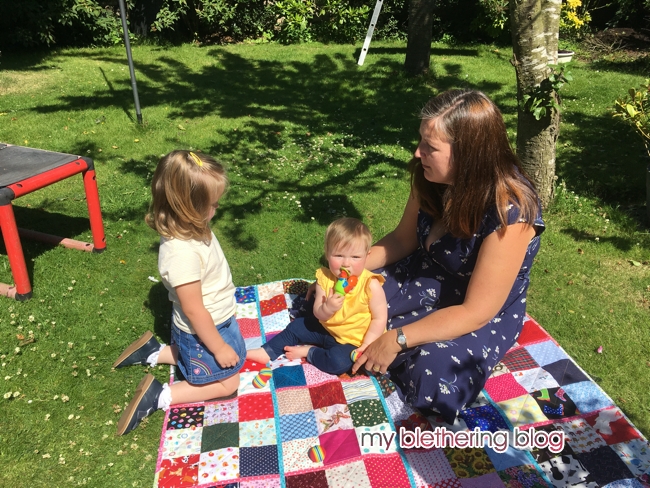 They both loved playing with Auntie Jo but Tilly wasn't so sure why Joanna was lying down so she had to have a sniff to make sure she was okay! Emily and Isla thought that was really funny! 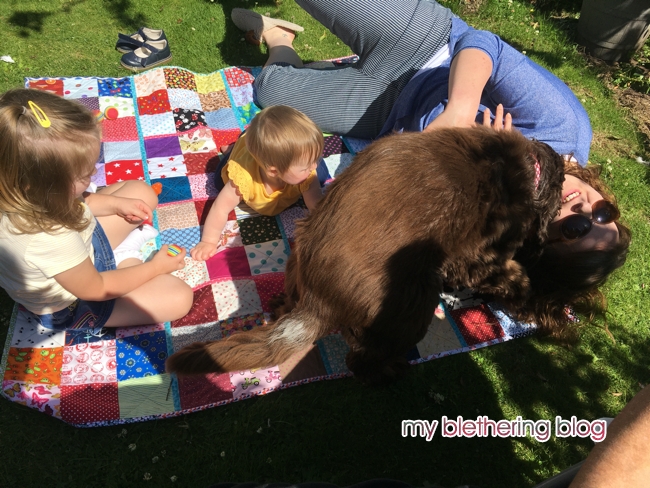