2 finishes and a lion

I spent a l-o-n-g time last week finishing off the two quilts I was making with my scraps. I am sooooooooo happy with them both. I've decided I'm giving one to each of our girls and they're both delighted by the idea.

Here's the front of one of the quilts: 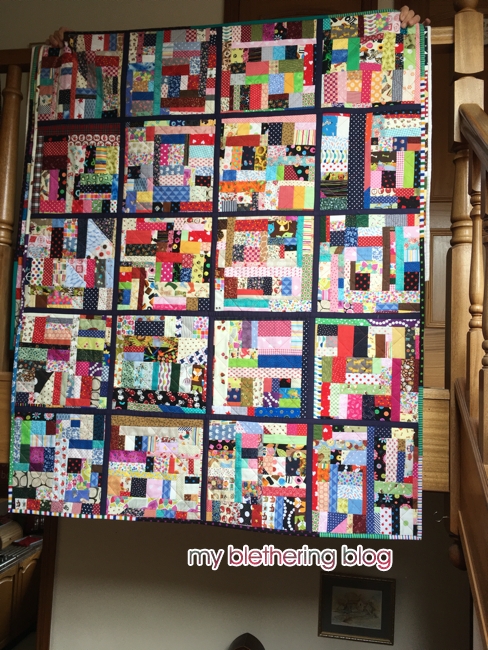 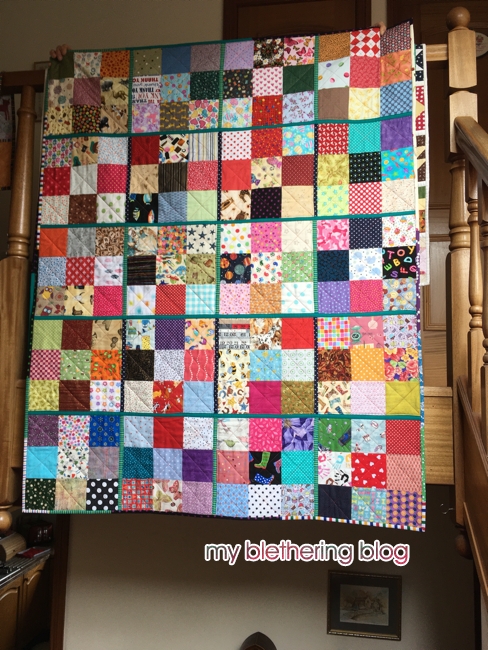 The front of the other one: 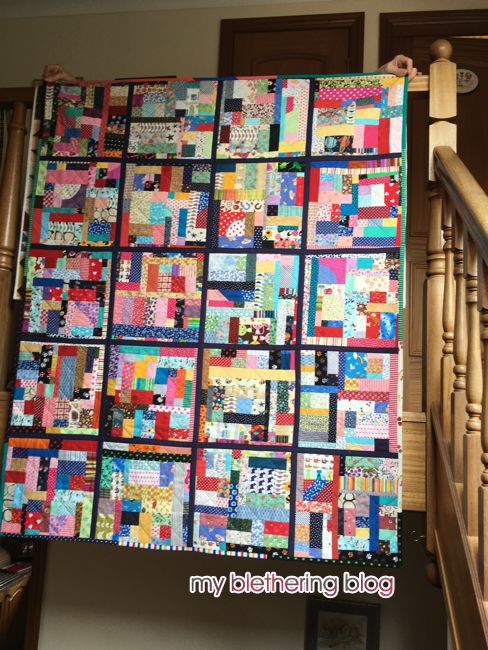 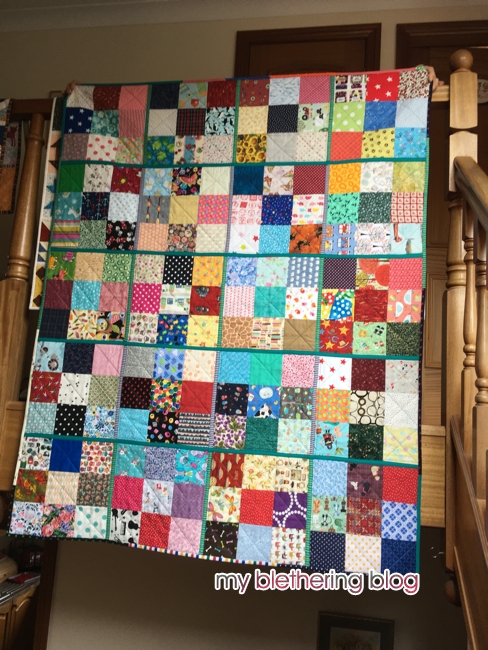 I used up most of the scraps I had - although they seem to be breeding again!! - and I used up oddments of bindings all joined together for the outside bindings. I didn't have enough of the navy blue sheet I used for the fronts so used up some jade and some jade/blue stripes on the backs. I didn't have quite enough of the stripey one to do all the rows so used a navy spot on one of them - on the 2nd and 4th rows - and a navy stripe on the other. All in all, a LOT of leftovers were used up in these quilts. Very chuffed about that!

So, the lion. When our girls were wee, I made them a big sit-on lion which we called Benny. Debbie asked me if I still had the pattern for him but I didn't so the internet searching started. Joanna did most of the work but didn't quite get there. She showed me a lion she'd found which was similar but wasn't a big sit-on one but it was by the same designer which meant I knew what to look for. I found the pattern on ebay and, within days, it was in my grubby paws. This is the picture that goes with the pattern. 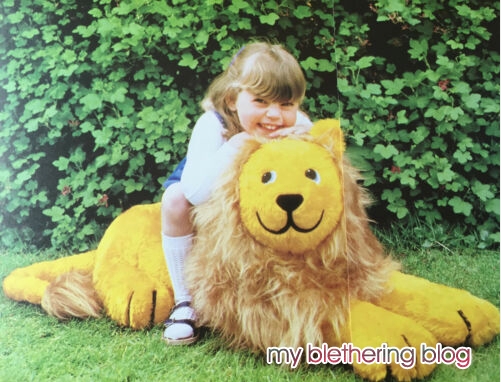 Debbie assured me she'd make him herself but asked me if I could do the pattern for her - it's printed on a grid and you're meant to draw if copying it on to 5cm grid paper. I decided I'd rather see if I could get it to print out to size so I scanned a 4 wide by 5 high block from the pattern which is what would fit on a sheet of A4 paper, printed that out and WOW! it printed out with the grid measuring 5cm. I couldn't believe it had worked at the first attempt!

Anyway, I printed it all out, stuck it together and cut it all out and this is what we've got. 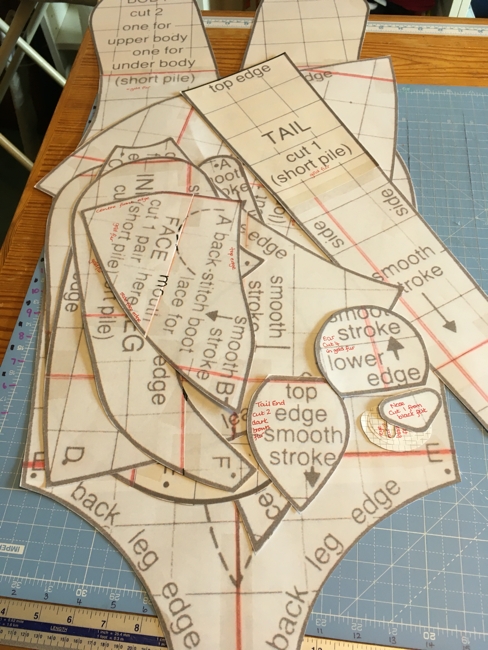 We've got all the fur fabric, the felt, the laces for his face and paws ready to go but he'll have to stay here until we're allowed out again. Hopefully in the not too distant future.

On that note, I have to say, the worst part of being on lockdown is the lack of family hugs. I am definitely a hugger and to not be able to hug my girls and my wee girlies is so hard. Like I said - hopefully in the not too distant future. Stay home. Stay safe. 💕