lots of sewing, baking and linking

I didn't think I'd done too much sewing this week but my camera tells me otherwise! I started by making a blouse for Debbie. The pattern is (yet another version of) New Look 6407, view E. 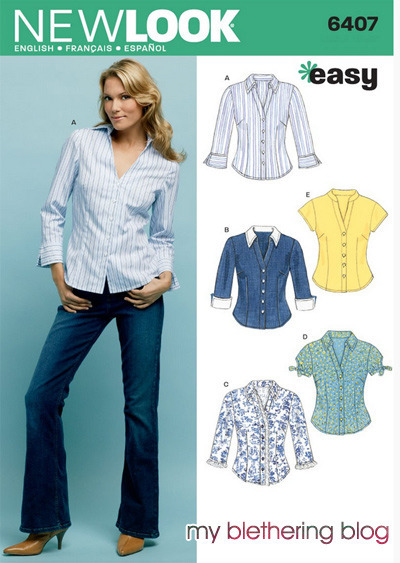 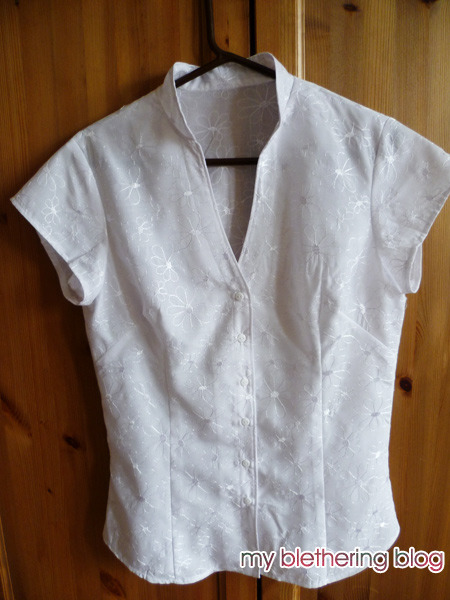 My neighbour asked me the other day if I still did sewing and would I be willing to make her some oven gloves? She had definite ideas on what style she wanted - gauntlet type, small hands, long in the length, definitely with thumbs. Aaargh! The last time I made gauntlet gloves I had terrible problems turning those thumbs!

First of all I made a prototype and let her try it on - she was delighted with the fit. (The thumbs were much better this time!) These are the gloves I made for her. She's so pleased to have "oven gloves that fit me for the first time in my life!" 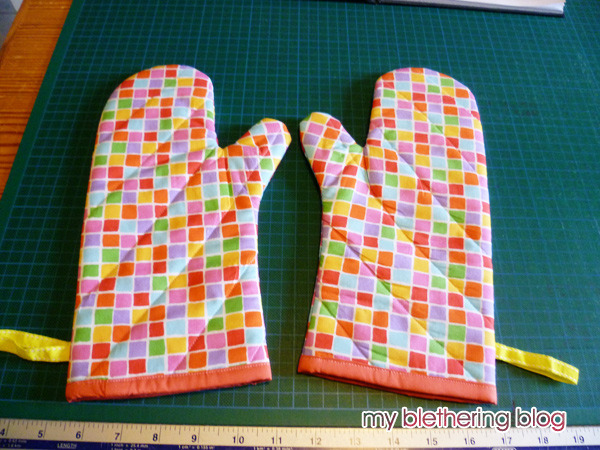 I had intended making another glove like the prototype but, numpty that I am, I cut the two glove shapes the same way so they're not a pair. Joanna kindly took these off my hands! 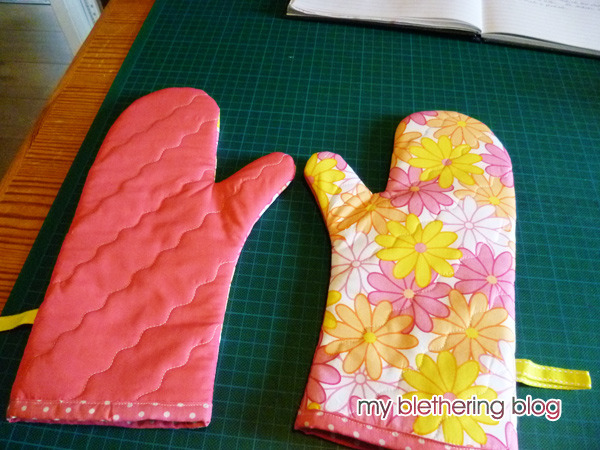 I was doing some tidying in the sewing room and found the square in a square block I made a while ago - Feb 2014, to be exact! 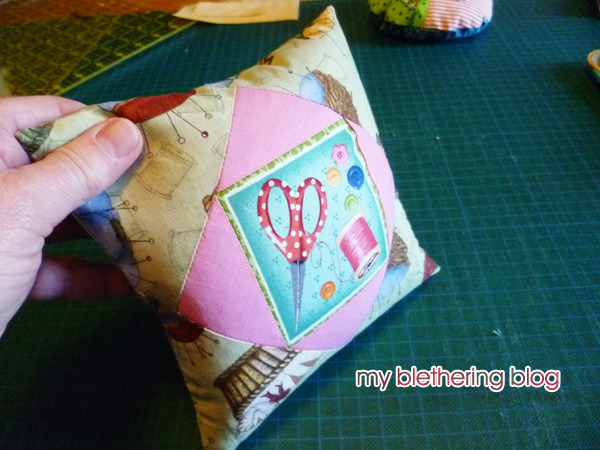 I decided to make another one just like it and turned them into a new pincushion. 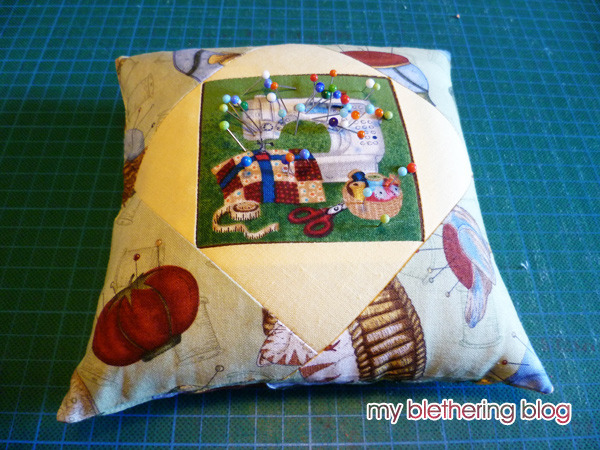 I also made another pincushion just because I could! 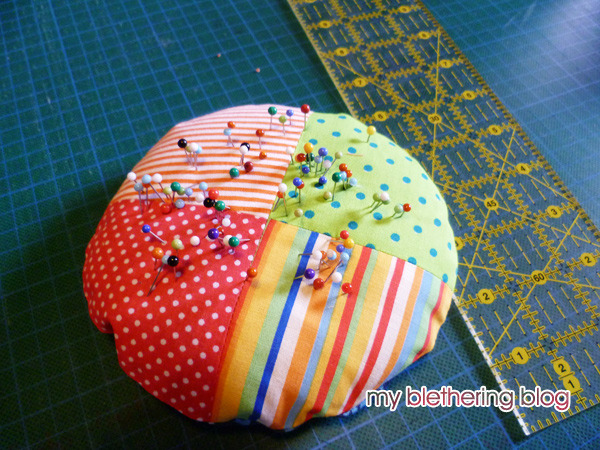 I finished the rainbow steps quilt. I have to say, I *love* it! 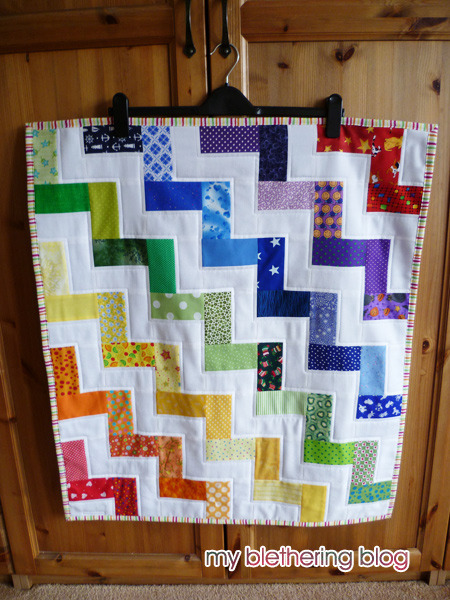 The back is plain blue fleece which shows the stepped quilting quite nicely. 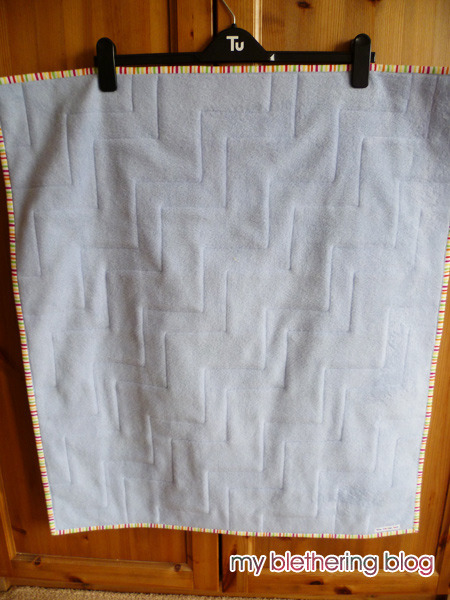 Wee Ted wanted in on the act so here he is showing it off. 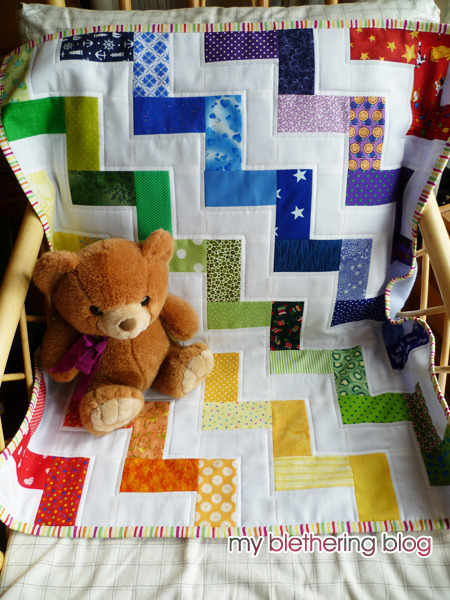 I spotted a pin on Pinterest the other day for one hour rolls using plain flour. Source: via Anne on Pinterest
I gave them a go yesterday. Here they are rising before they went into the oven. 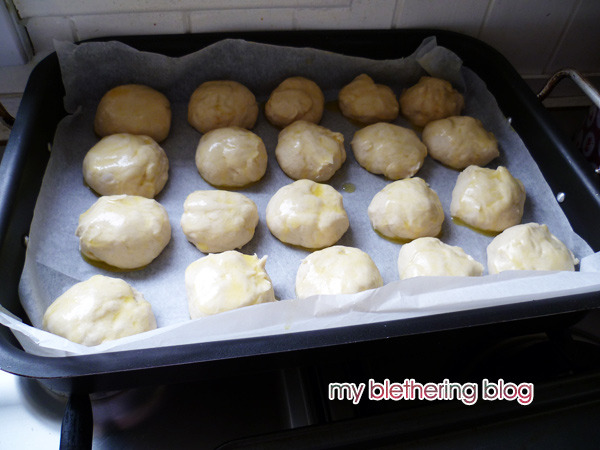 And here they are all cooked and delicious. Douglas and I had already sampled one each by the time I got the photo taken. 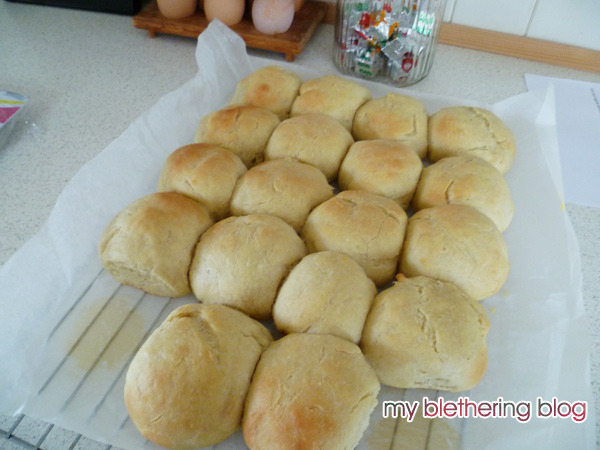 Boy, they were good. I will *definitely* be making those again.

I finally decided that I had enough crocheted hexagons for my blankie and laid them out on the livingroom floor trying to make a "random" pattern. Douglas helped me and we gathered them into rows for joining.

I must admit, I wasn't looking forward to joining them for a couple of reasons.
Reason 1 - black yarn is not the easiest to use to join things. It's hard to see it!
Reason 2 - laziness. I wanted the blankie joined up now!

That's when I got to thinking about my old Hague Linker which I used years and years ago to join together the knitted things that I'd made on my knitting machines. Douglas got it out of the hall cupboard for me and I set it up wondering if I would remember how to use it. I did! Or at least my hands knew what to do. It was wonderful to use it again! 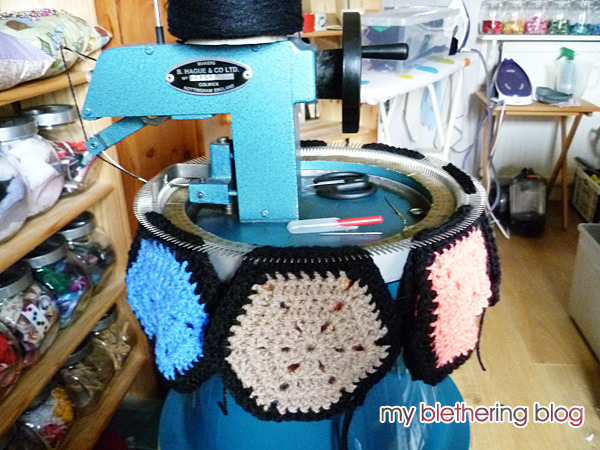 And, you can weave in all the ends as you're linking so I shouldn't have any ends to sew in - or at least, not many! I got all 12 rows linked together this afternoon - far, far more than I'd have managed to join if I'd been doing them by hand. 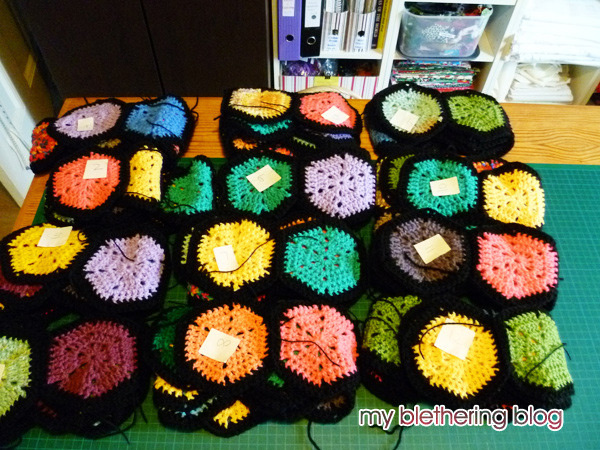 Hopefully I'll get the rows joined together this week then I'll have to decide if I'm just going to leave it with the hexagon edges or if I'll make half hexies to fit in. I know "Reason 2 - laziness" might be a factor in that decision! :oD