a top, a jacket, blankie plans and books

I was trying to think what I'd been doing all week and, for once, my camera didn't help me! The only photos on there since the finishing of the crocheted hexagon blankie were this top which I made for Debbie last week. 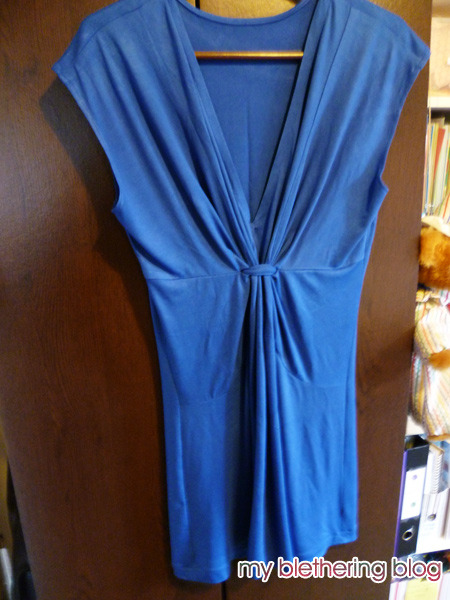 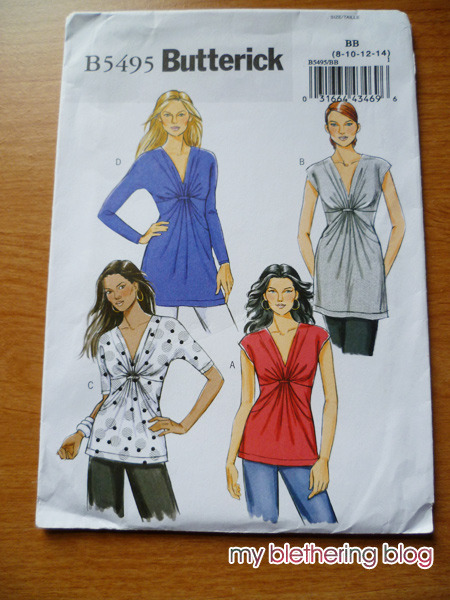 I can't honestly say I enjoyed making it. The fabric was really flimsy - it's a knitted jersey but has very little body to it. The loopy thing at the centre front, whilst not hard to do, didn't look that great to me. It's made by leaving small gaps in one of the seams - ie holes! - and then you put a loop of fabric through said holes and hand-sew it together. Even though I hand-sewed it really carefully, I have visions of my hand-sewing coming apart and Debbie falling out of this top! Crumbs I hope not! Debbie tells me the top is at least 5" too long. I suspected it would be long but I just made it as it was on the pattern so maybe it's meant to be worn by giants?

I have been making myself a jacket which I hope to wear to our next Singers' concert at the end of April but it hasn't been going well. The pattern is the same as the red jacket I made for the Christmas concert. 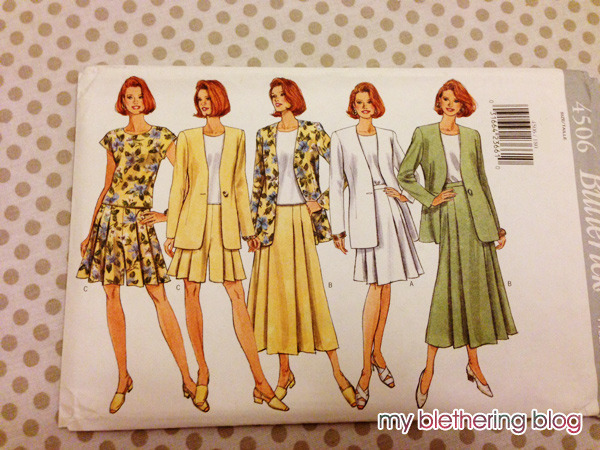 The pattern is from the 90s and so has dropped shoulders. It actually needs shoulder pads, they stick out so much! I want the shoulders to be not quite so dropped. You'd think it would be a quick thing to do but no. I'm now on my third attempt. If this one doesn't succeed, I will most definitely *not* be attempting a fourth! I will think of something else - or I'll just wear the blouse I've already got!

I've been pondering what my next crochet project will be. I found this pin at the weekend and liked it a lot. Source: via Anne on Pinterest
It's done in a lovely V-shaped stitch made from the tr2tog (treble2together) stitch. (The pattern calls it DC2tog but that's US crochet terminology.) I don't think I'll be doing it in shades of pink - although I do like it - but it'll probably be a random-whatever-colour-I-grab-next kind of blanket. I might not even do it in a square as you can't use up wee bits of yarn that way. I'm thinking maybe a stripe alternating with a random colour and the black I have left over from the hexi blankie. Lots of plans in my head - I just need to make a start!

I was adding my most recently completed book to my "read in 2016" page and realised that I have just started my 30th book of the year. According to my dairy, we are on day 82. 29 books read in 82 days? And those are all full length books - no short stories! A-ma-zing!

Before anyone asks when I have time to do all that reading, I'll tell you.