2 tutu trees and a sheepy hat

I haven't achieved much this week - compared to normal anyway - as I've had a bit of a head cold and haven't been much use for doing anything. It's gradually getting better - or at least I hope it is - so I should get back to normal productivity soon. Hopefully!

I did finish off my purple tutu tree with a yellow felt star and the tree is now in place on top of the piano. I might be a wee bitty biased but I think it's fabulous! 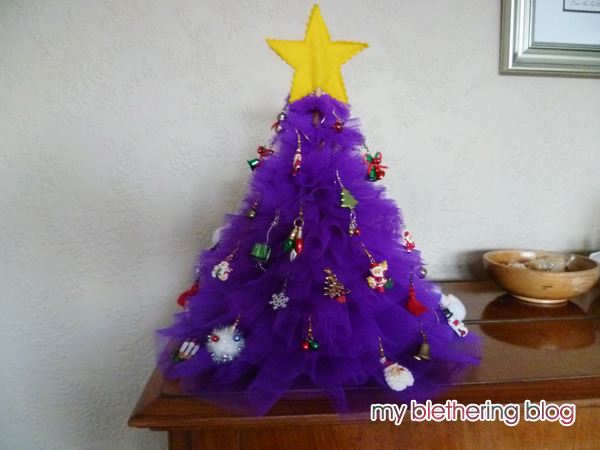 I started one for Joanna on Tuesday and then the head cold hit me and I had to leave it but I managed to get it finished it today. She has plans to hang her Christmas earrings on hers too. As she says, they'll be easy to find if they're on the tutu tree! 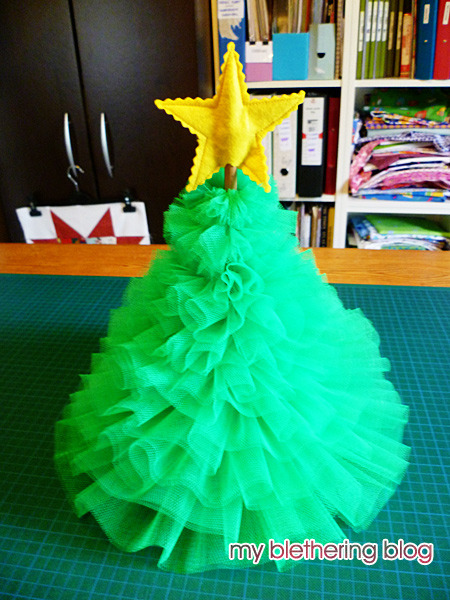 Over the last couple of weeks, I've been knitting. And not just any knitting - I've been knitting on circular knitting needles!! I was so apprehensive of using them as, although I can knit with 4 kneedles, I hate it. With a passion. I didn't know how well I'd get on with circulars but I managed really well. I did get myself into a bit of a tangle a couple of times until I watched on a video on youtube about how to use the magic loop method of using circulars and then it was much much easier.

I first saw this hat on Pinterest and so wanted to knit it. It's a free pattern too which made me want to knit it even more! :oD

I chose slightly different colours of aran weight yarn - simply because my local yarn shop didn't have blue for the sky or black for the sheep!! I actually used chunky black for the sheep because I didn't think they would look right with any other colour of faces or legs!! They're called blackface sheep for a reason after all!

I finished all the knitting last night and here is my version. These colours are pretty close to reality. 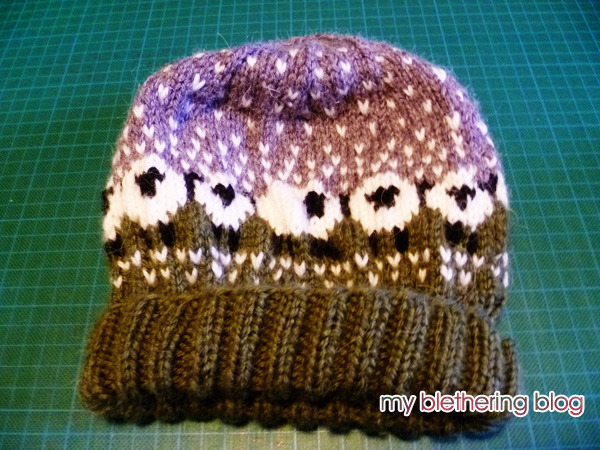 It definitely needed blocking and the pattern advised using a ball so out I went to the garage to see what I could find. The football we had was a bit big so I chose a rugby ball instead. 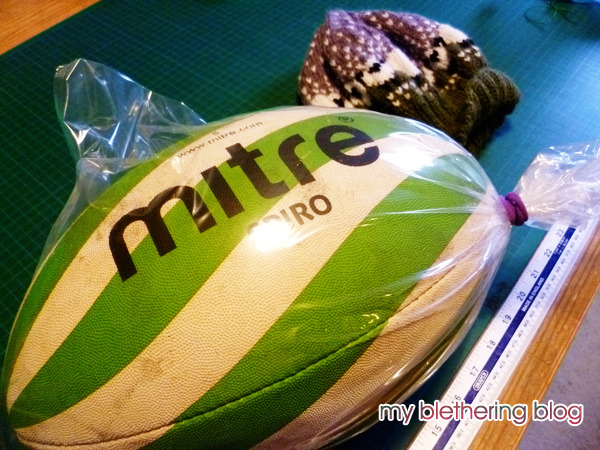 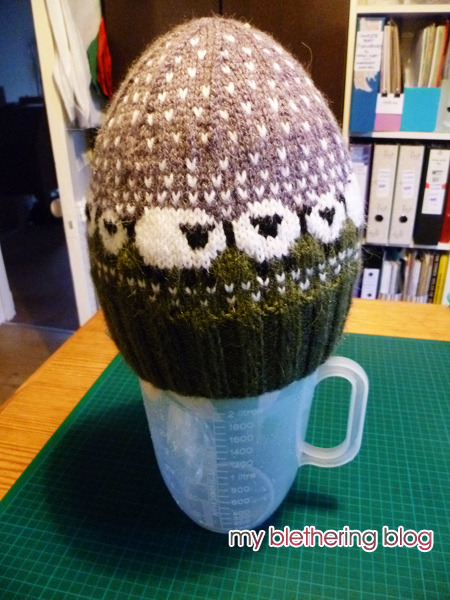 I've made a pompom for the top and, boy, that little endeavour took me back. I don't remember the last time I made a pompom. Hopefully I'll get said pompom sewn on tomorrow.