There won't be any sewing done in my sewing room in the near future because we've decided to decorate it. Truth be told, I asked Douglas a long time ago about lifting the carpet and from then, we've been batting ideas back and forward about what we could do.

We finally decided to go for laminate flooring and last week we went and bought it. Now, us being us, we couldn't just do the floor. Oh no. We had to paint the walls too. And the ceiling. And put in some new electrical sockets. And probably make curtains or a blind for the window - although I will need to get the sewing room back to a working state to be able to do that!

Here are just some photos of the progress. The carpet is taken up in stages ... 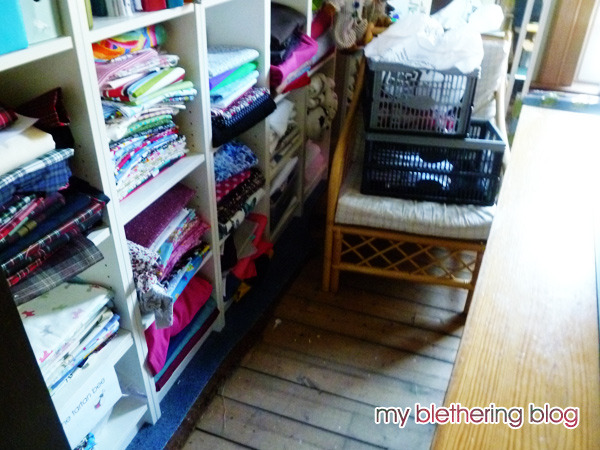 ... revealing floorboards which, whilst not bad, definitely needed covered up! 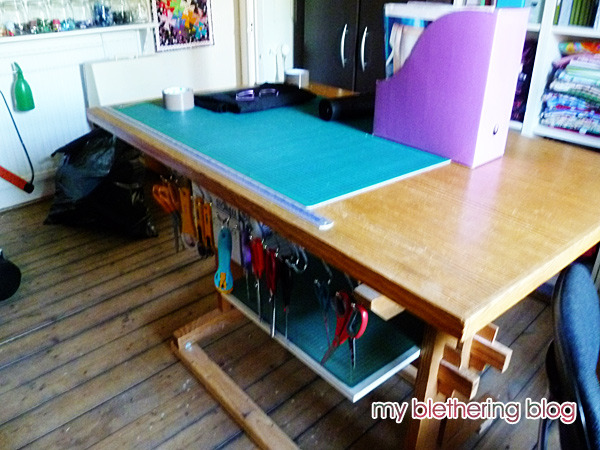 Things were put on any available surface just to clear the floor. 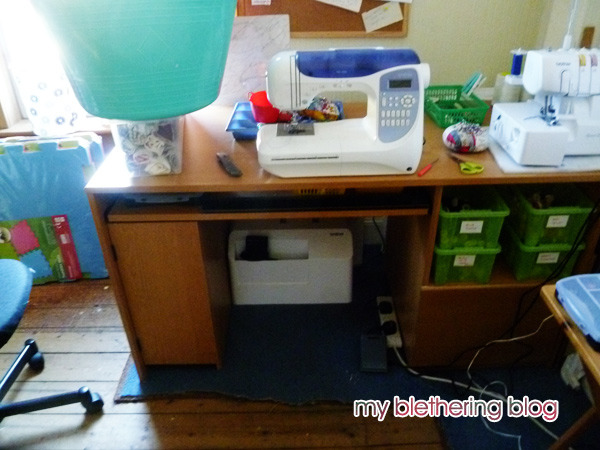 Some things had to be put into other rooms. In our bedroom: 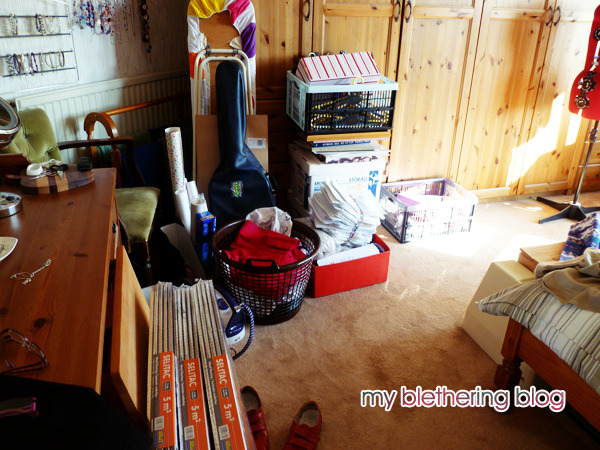 Out in the top hall: 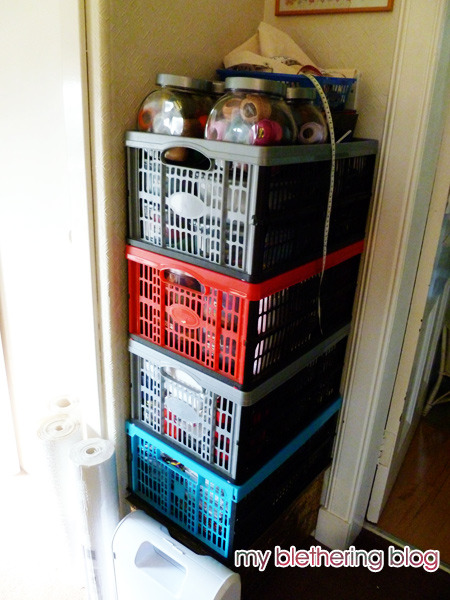 In the wee room: 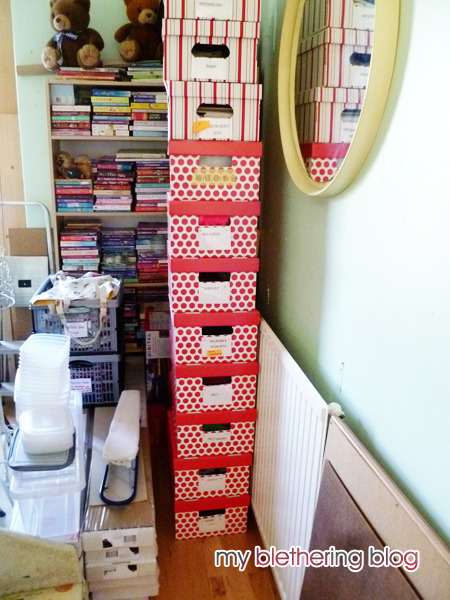 Tilly was a bit confused as to why "her" chair had been moved around a bit. She couldn't see out of the window any more! She did like sniffing Fred Bear and Dolly who were both put in a bucket of fabric for safety. 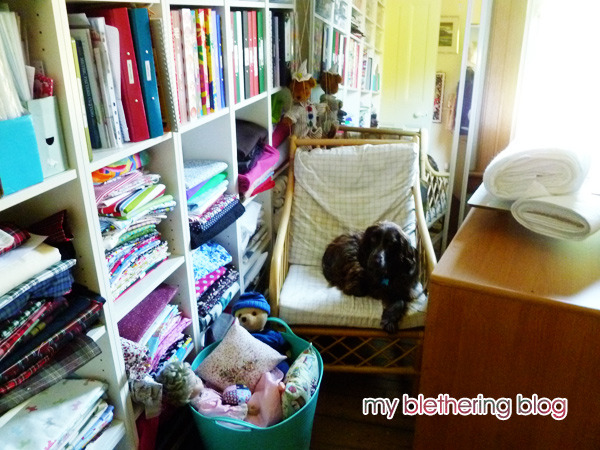 Douglas busy pulling up that awful carpet edging strip. I don't know how many times he stabbed himself on that stuff. It's lethal!! 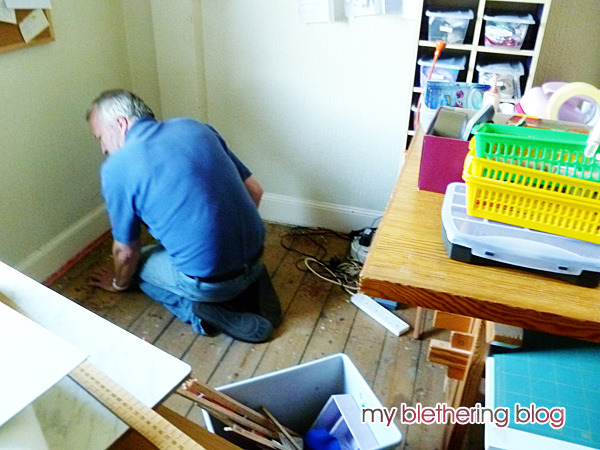 Lastly, my fabric all lying on the table - for now. 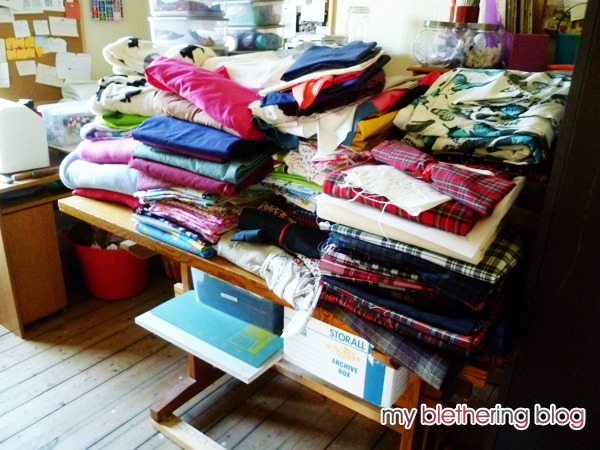 We have progressed further than this. The carpet is all up, the laminate flooring is all down and nearly three of the walls have been painted. Hopefully, if it's a brighter day than it was today, I'll get photos of that tomorrow and we might be able to get the rest of the walls done. I told Douglas I needed to get the room back to normal ASAP because I needed to sew for my sanity's sake! He suggested that, before I put it all back in, I should go through it and maybe toss some things out. He obviously knows *nothing* about sewing and the necessity of having things on hand so you can use them ... sometime. :oP