This morning I was gaily plotting and planning my newest pinny pattern and getting quite excited about it. 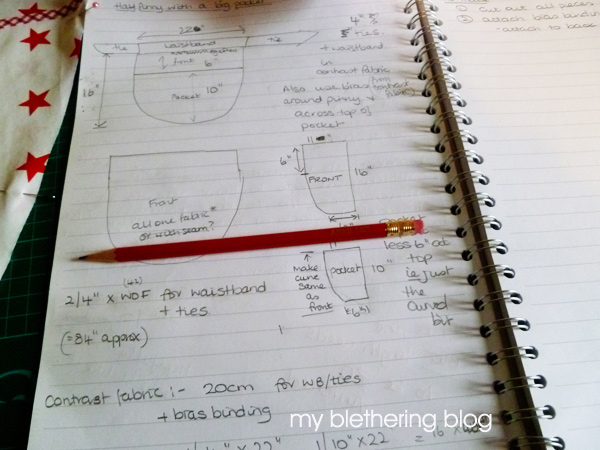 I even managed to get the prototype started but things went kind of downhill after that.

See, Debbie has arrived now - and her dog Molly too - and, because a lot of her clothes and sheets/towels etc came over in the container, they didn't smell too fresh so we decided to give them a wash. This was the pile left after 2 loads had been done! 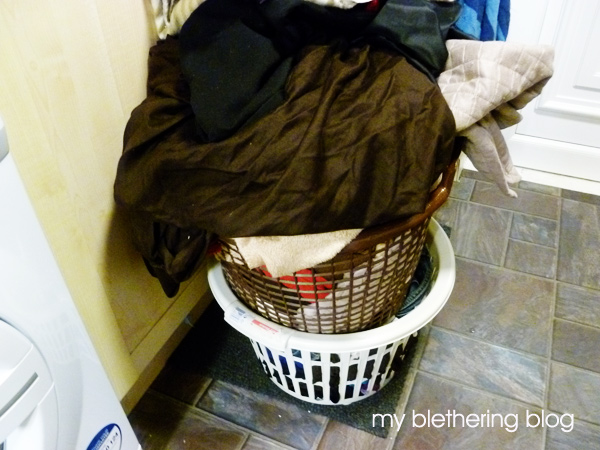 I went to unload the second load only to find that instead of spun clothes, I had a machine full of very wet clothes. I tried every possible thing to make that machine spin but it just wasn't happening. I had to finally admit that my machine was broken. :o(

We pondered for a while wondering if it would be worth getting it fixed but we decided that it just wasn't worth it. I mean, it would cost wheens of pennies just to get a man out to look at it. Then he'd probably not have the parts to fix it so he'd have to order them and that could take a while. Then it would be even more money to get him to come back and fix it.

In the meantime, I had the wet load of washing to finish ... 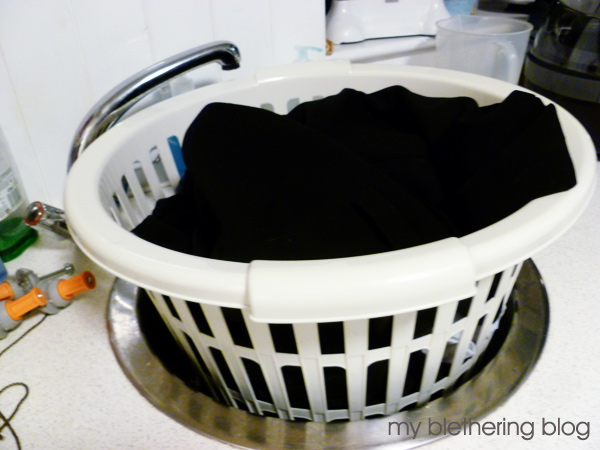 ... plus another 2 loads of clothes for Debbie to do. Plus our own washing gets done on a Thursday so, in my head, I could foresee mountains and mountains of dirty clothes just growing higher and higher.

So we took ourselves out and bought a new one. We examined all the ones they had on show and went with one which had a good lot of programmes especially a time-saver option which only takes 28 minutes to do a load.

Douglas and Debbie took out the old machine, plumbed in the new one ... 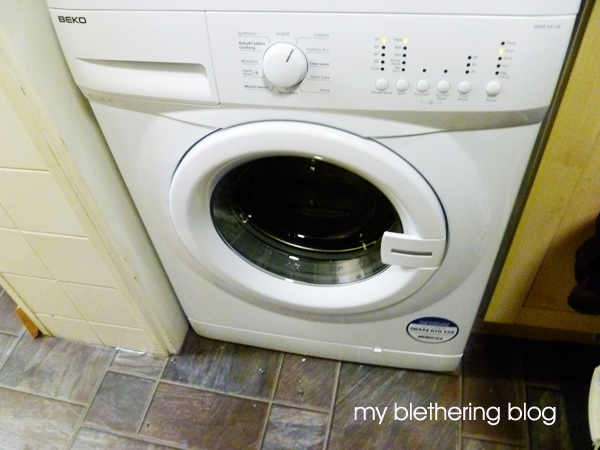 I'll maybe get back into the sewing room tomorrow to finish off my prototype pinny. Fingers crossed! :o)