been a busy bee!

I looked at my photos to see what I'd made since the last time I blogged and I amazed myself at how much I had done!

First I made myself a couple of blouses using my most used pattern - McCall's 5359. I wish I had kept a tally of how many times I've made this blouse! Here are my newest renditions - both using fabrics that were left over from other projects so these really felt like I got something for nothing! 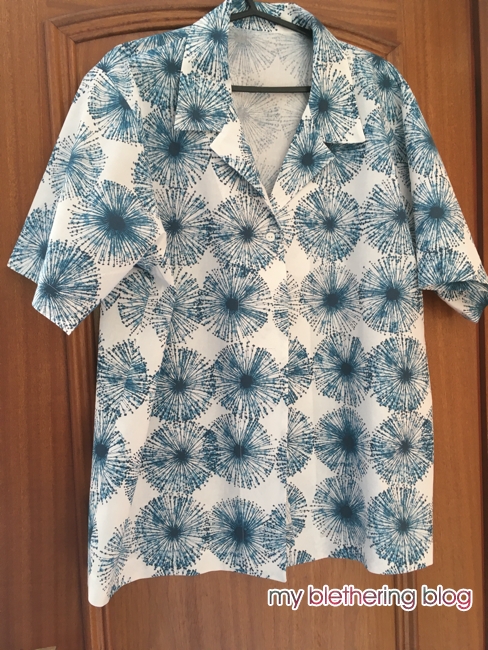 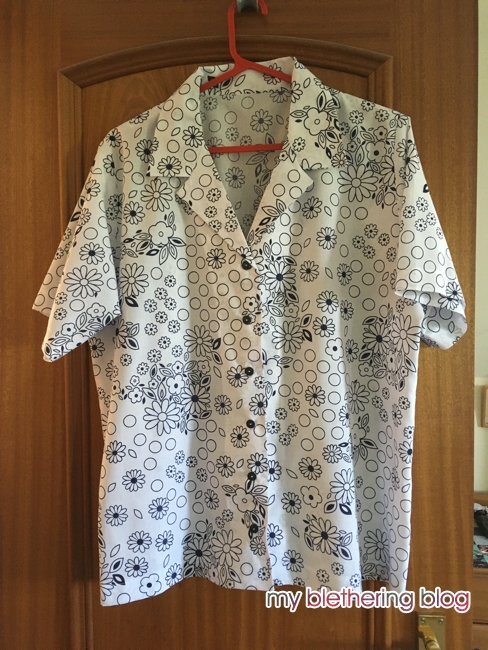 The next is another version of New Look 6344 which is fast becoming another pattern that I make over and over again. Well, as the saying goes, if the pattern fits, sew it. I don't think that is a saying but it should be! LOL

The stripes on this fabric made my eyes go funny a time or two as I sewed it - and when it gets ironed too - but it's totally worth it. I love it!

Next, I made Douglas a couple of pairs of boxer shorts which he wears as jammies. When I got the pattern out, I had noted on the back of it the last time I'd used the pattern - 2016. No wonder his old jammies were looking the worse for wear! 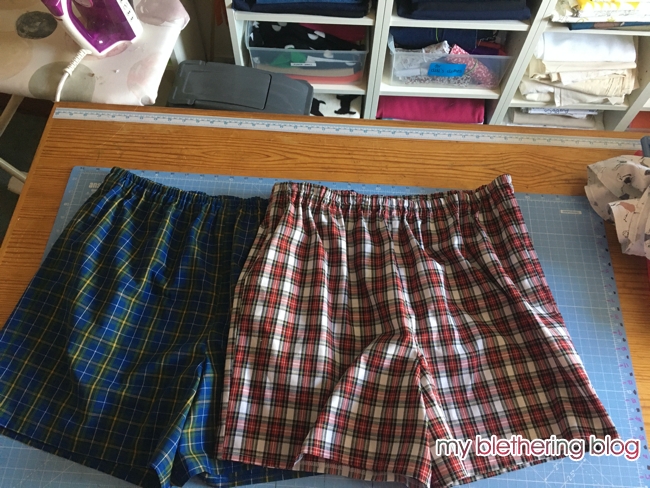 I then sewed up 4 more patchwork stockings for when the lockdown is over and I re-open the tartan bee. 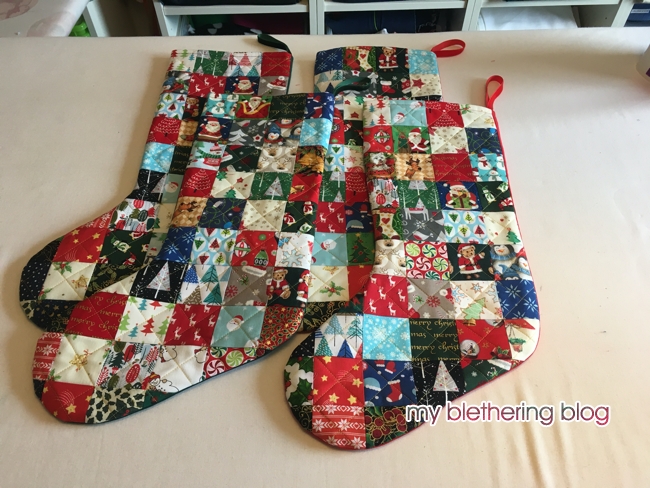 Scotland is being advised to wear masks when we go to the supermarket or where we're likely to meet a lot of people. Well, I'm not doing that at all and Douglas is only going to the shop for the Sunday paper these days but I thought I'd better make us a couple of masks anyway. My first attempt - from a pattern I found online was NOT good - no photos of that one as I took it all apart! These ones I made based on a dentist's mask which Douglas had been given when he was at his work before the lockdown. These are much better than that first attempt. 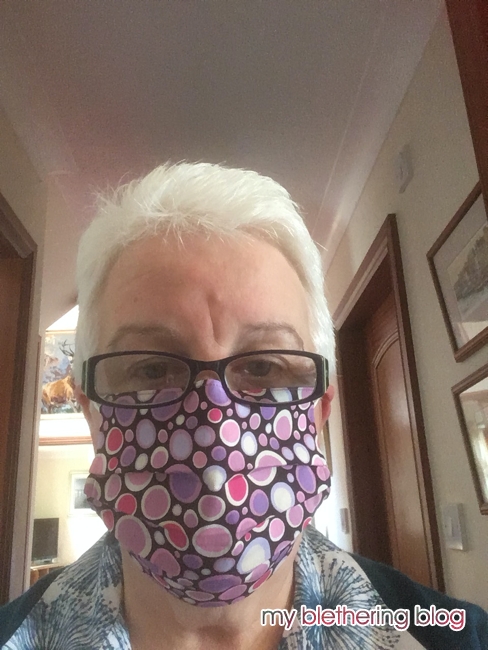 I just noticed I'm wearing the blouse from the first photo in this photo! 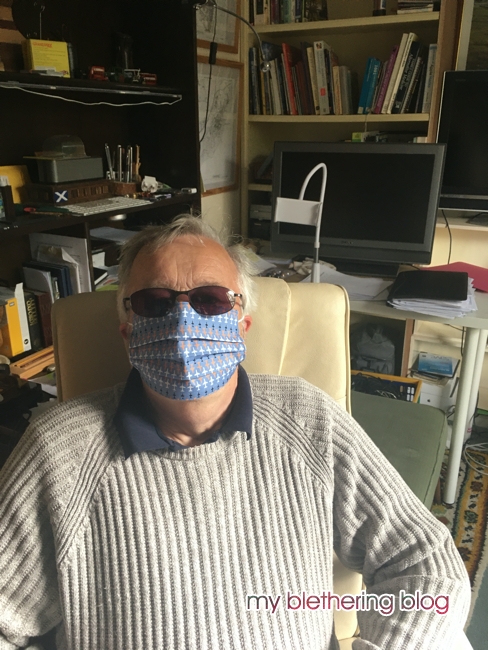 I then started another quilt which is called an "ugly quilt" - you're meant to use fabrics you're not fond of which all sewers have in their collections. The theory is you'll use them up in a quilt and they won't seem so ugly. Well, I tried it with some fabrics I wasn't that fond of but didn't like the resulting blocks either. It kind of makes sense when you think of it - if you made a cake with ingredients you don't like, the chances are pretty high you won't like the cake either! I threw those blocks into a crate to be used later as backings for something else and re-made the blocks using fabrics I did like. Much better! 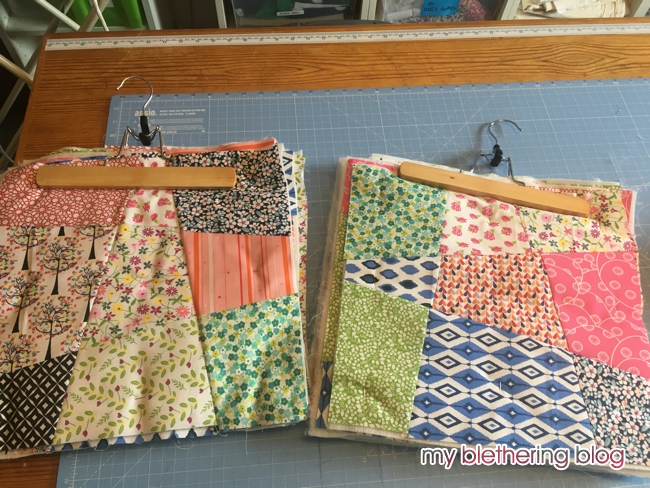 I then sewed some 9 patches for the backings using some more of my VAST collection of 4½" squares. They're now all pinned together in blocks ready to be quilted and then sewn together using the quilt-as-you-go method I used for the scrappy quilts I made a few weeks ago. 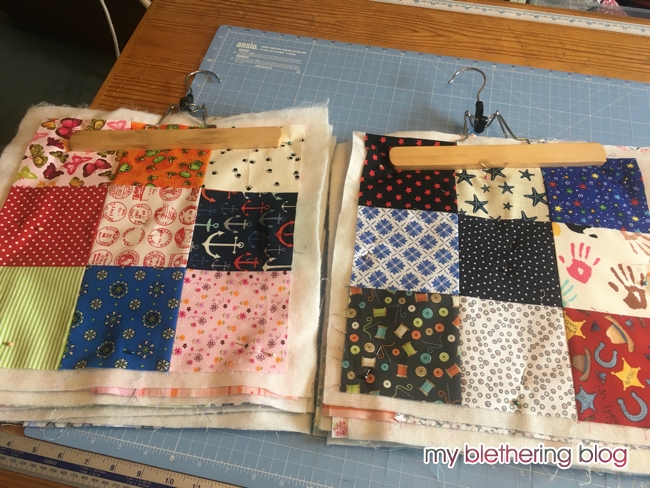 Today I was playing around making a fabric origami pouch which I had seen on this blog. Needless to say, I didn't make it exactly as I was supposed to - do I ever follow instructions properly?? 😉 I like it a lot! If/when I make more, I think I'll make them a bit bigger. 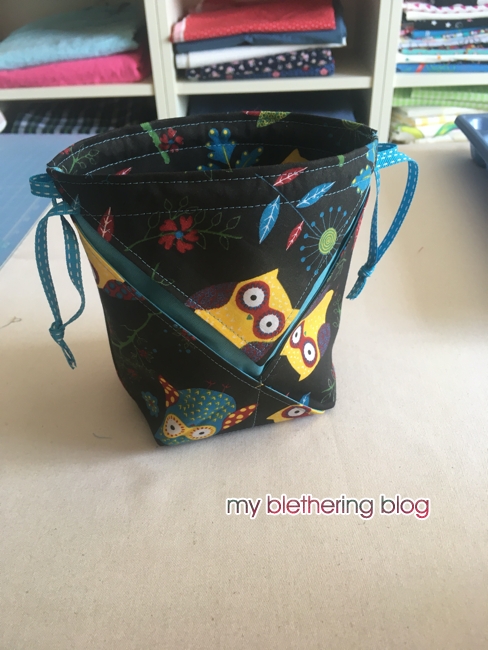 I'm already in the middle of making another blouse - this time from a different pattern! I'll let you know how that goes! In the meantime, stay home, stay safe.