a runner, some stockings and bread

I've done quite a bit of sewing - but then, that's not unusual for me. As the sign on my sewing room wall says "my sewing room is my happy place" so it makes sense that I spend a LOT of time in it. So, what have I been making?

Well, Joanna asked me if I'd make her a runner for her living room window sill. She gave me the sizes but told me she didn't mind what colours I used or the design I chose. I had a bit of a think and decided to do a sort of bargello design and this is what I came up with. I am sooooo happy with it. 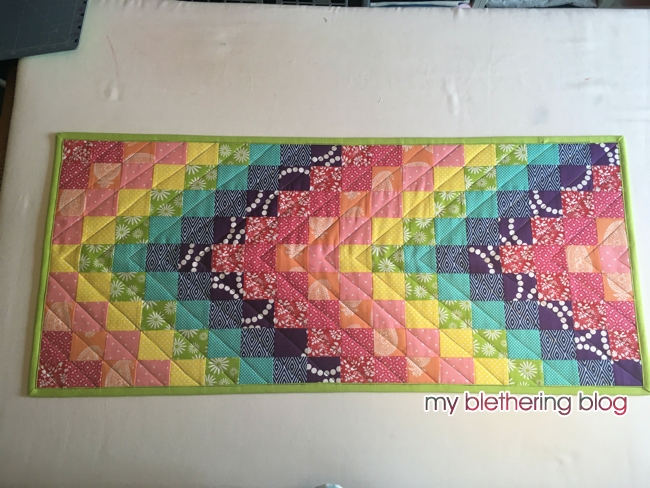 For the back, I used a piece of Russian doll fabric that I've had for quite some time. Joanna loves Russian dolls so I reckoned, if she didn't like the top, she could always turn it upside down ... but why she wouldn't like the top, I just don't know! She does like the top! She's only seen it in photos but, as soon as we are let out, this will be heading her way. 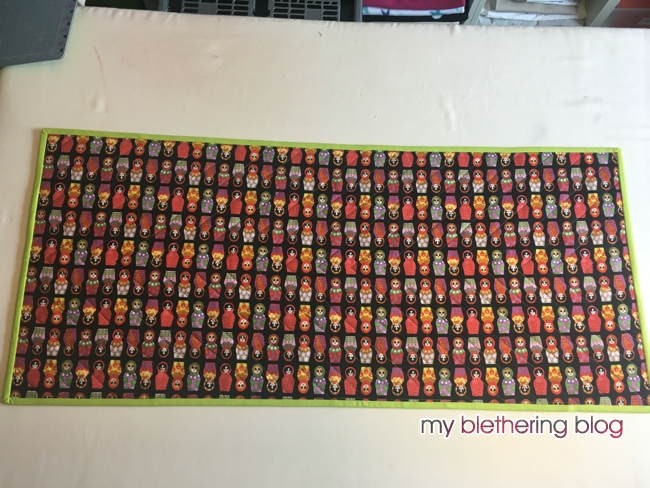 After that, I made some stockings for my tartan bee shop. First a couple of patchwork stockings - 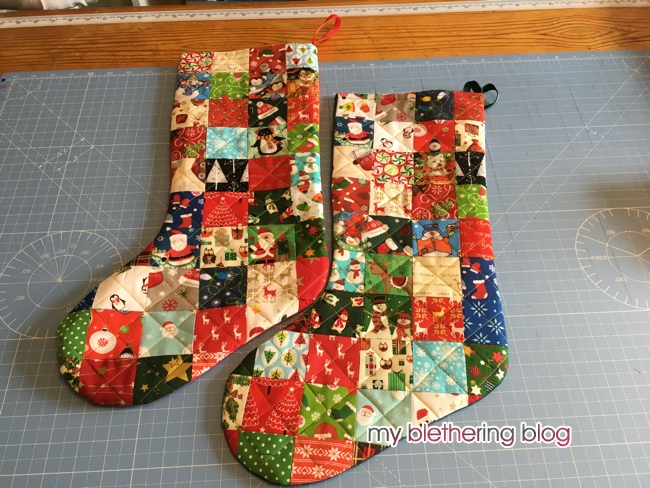 And a couple of cuffed stockings. 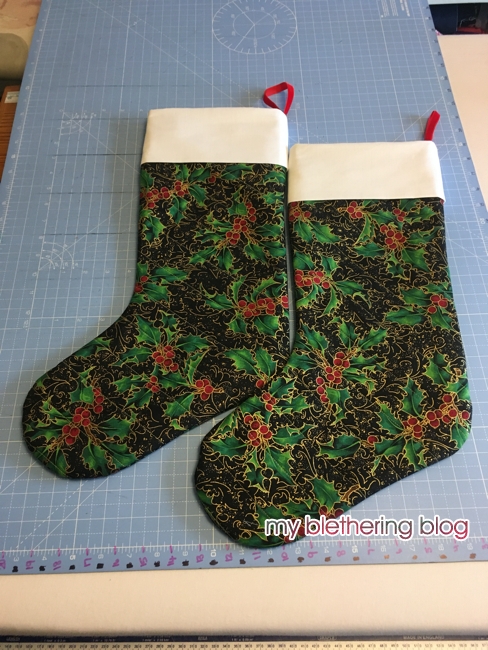 I've temporarily closed my Etsy shop as I'm not going out right now - even to the post office. I have plenty of other cuffed stockings cut out and ready to sew and have 4 sets of squares ready to be sewn into the patchwork stockings so plenty to keep me going.

We were running out of bread so I'd been using my breadmaker quite a few times. It makes perfect bread every time but I got a (crazy) notion to make some in my mixer instead. My problem - always! - with non-breadmaker made bread is getting it to rise properly and this time was no different. After waiting nearly 5 hours, I finally just thought "to hang with it" and put it back in the mixer for its last 10 minute knead. It then went into its tin and did rise - because I set it on the open grill door whilst the oven below it was on! After baking it looked good. 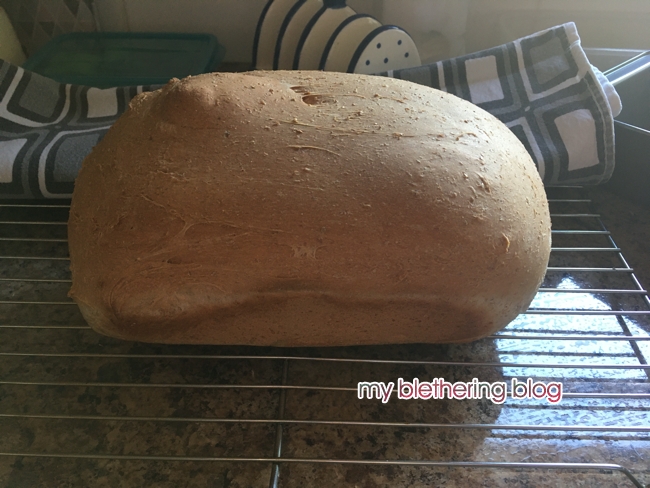 It tasted good - if a little salty - but, as I said to Douglas, the breadmaker bread is so easy in comparison and tastes good too so why put myself (and my Kenwood) through the torture?

I'd put in an order for groceries 3 weeks ago and they got delivered yesterday. There seemed to be an awful lot but, since it's nearly 6 weeks since I was at a supermarket, I'm not beating myself up about it. As expected, there were some substitutions most of which I understood. The one that puzzled me was, I ordered 2 small bags of shredded iceberg lettuce. The bags weigh 100g each (about 4oz). They didn't have any so what did they give me 2 bags of shredded iceberg lettuce weighing 260g per bag. OMG! I don't know if we'll get through that much lettuce - I thought it might be a bit of a struggle to get through both 100g bags! I'm going to have to investigate if lettuce soup is a thing.