So, that's Christmas is over for another year and now I can show off the things I wasn't able to show on here in the run up to the big day.

I made a bag for Joanna with an appliquéed Russian dolly (made on my embroidery machine) on the front. 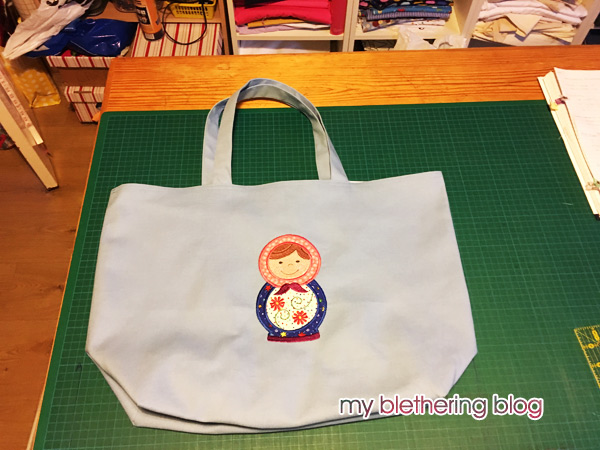 2 Pairs of pyjama shorts for Joanna. 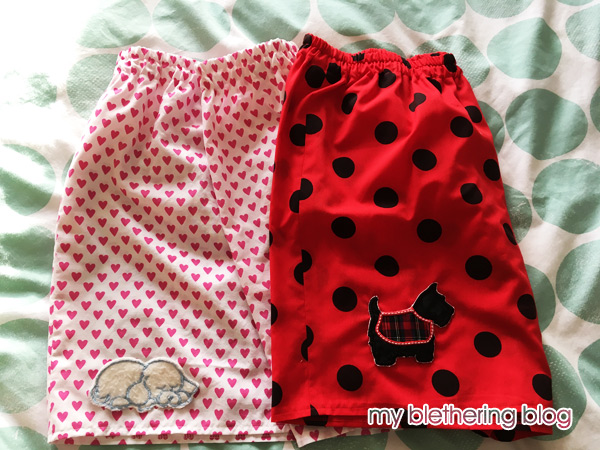 Also for Joanna, a onesie. 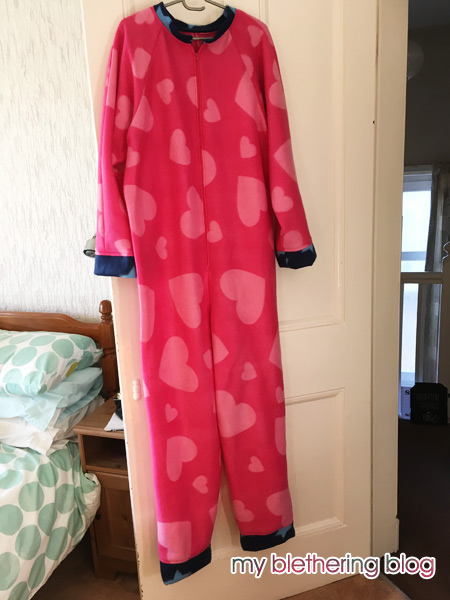 I thought it was enormous but Joanna tried it on on Christmas day and is delighted with it. Phew! 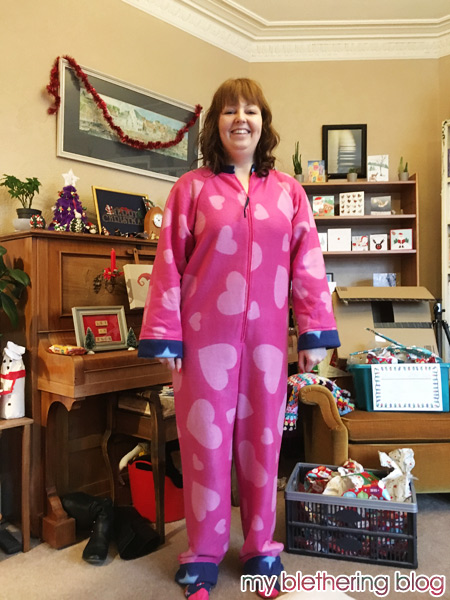 Next I made her usual diary cover. The front - 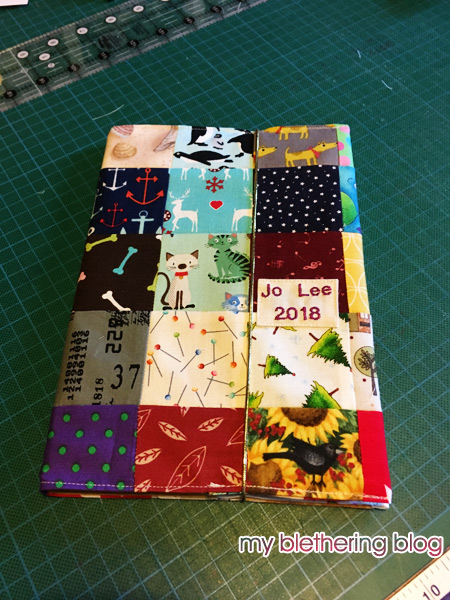 I had such a hard time with this one - this is the second attempt at getting it to fit - that I've told her that next year's diary cover will be made of brown paper with lots of stickers stuck on it!! :oD

I just checked on my revealing all post from last year and see that I had a hard time with the diary cover last year too. Maybe I really should do the brown paper thing next year!!

I made a pair of dungarees for Emily. They fit her. Yay!! This photo was taken before I'd put the hems up. 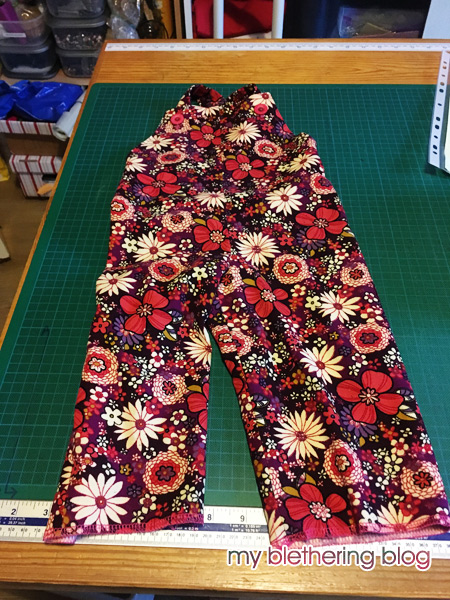 After all that Christmas present sewing, I had some time to relax before Christmas so I used up some leftovers to make myself a new pair of ovengloves. 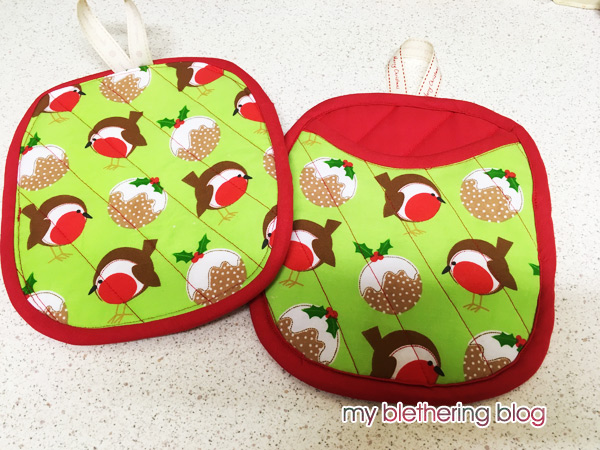 Then Joanna and I dug out the Scrabble-type letters which I'd bought from eBay this time last year and used them to make some word art. 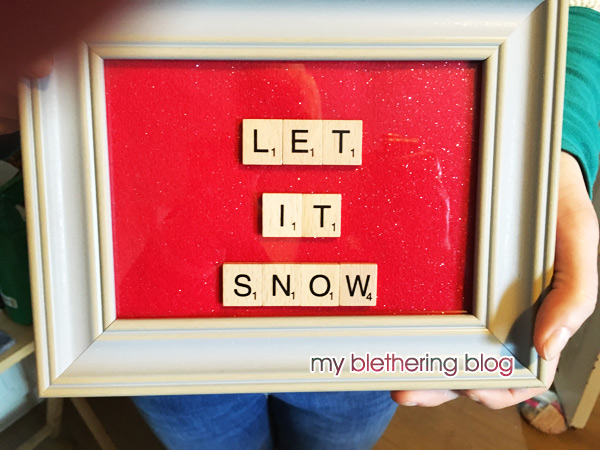 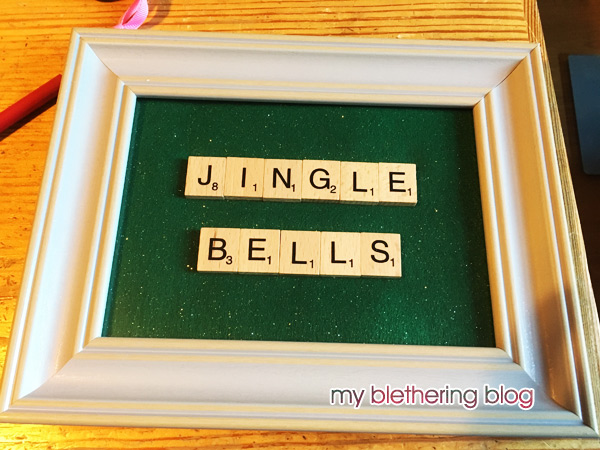 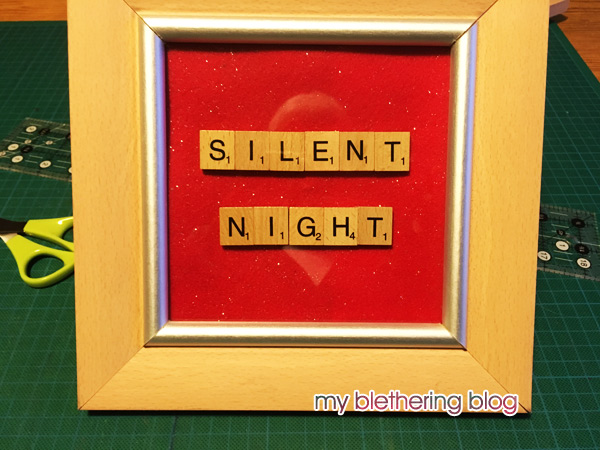 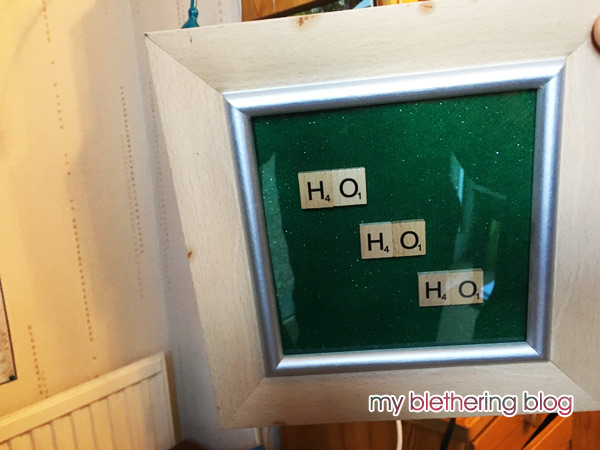 We went over to see Debbie, Jason, Emily & Molly on the 27th and had a lovely day with them all. This is my absolute favourite photo of that day - Emily and her Auntie Joanna. Isn't that lovely? 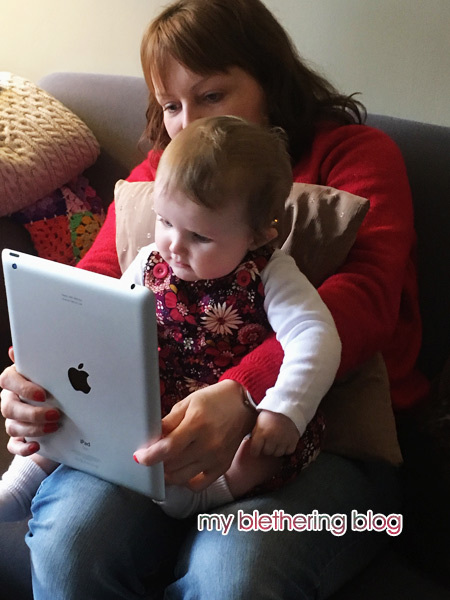 And finally, Debbie sent us this photo this morning. They'd had quite a lot of snow and so she took Emily out into the garden to let her see it. She was most intrigued! 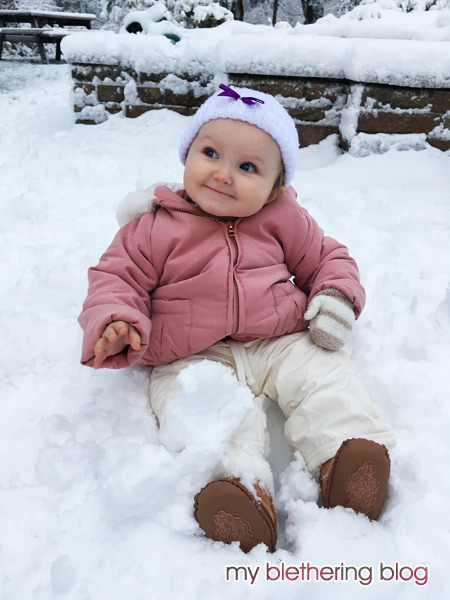 That's me now until next year. I just have my "books read in 2017" post to do but I'll leave that until the last day in case I manage to get any more read between now and then. In the meantime, the graphic says it all!