a quilt and a cover

I've been a busy bee the couple of weeks making a new quilt. My quilt holder didn't duck down quite far enough when I took this photo - you can just see his head at the top of the quilt! LOL I used a free pattern from here and was going to follow the tutorial to the letter but I didn't. No real surprise there! The pattern calls for 96 5" squares. I really didn't fancy cutting 96 5" squares when I have all those 4½" squares that I spent all that time cutting out whilst waiting for Miss Emily to put in an appearance. So, I decided to use those instead. Of course that meant I had to then re-calculate all the other sizes used in the quilt but that was no problem to this Maths-teacher-in-a-previous-life!

I made my sashings a lot wider than the pattern used as well so, basically, when it comes down to it, I changed almost everything. Well, other than the white square surrounded by some small squares of patterned fabrics and placing them on-point. Anyway, after all that calculating and sewing and quilting and binding, it's made and I'm really happy with it. 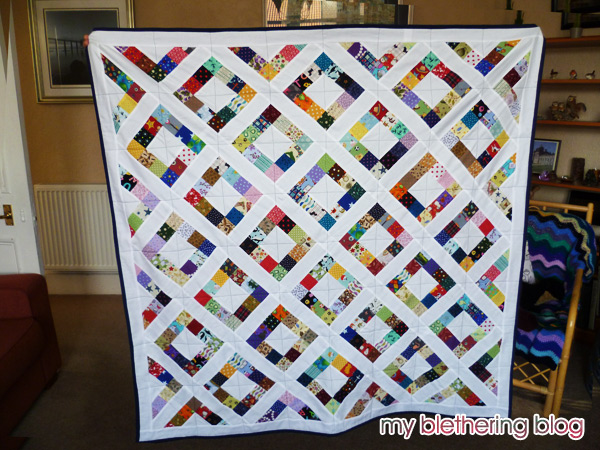 The back is a piece of fleece in the Black Watch tartan. I LOVE it! This quilt is for a gift - I hope they like it! 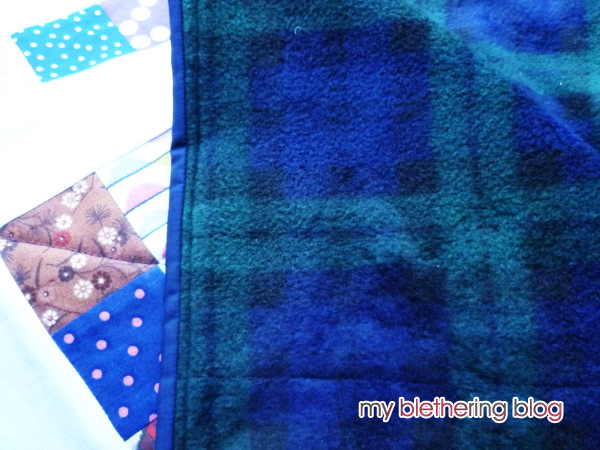 The other thing I sewed this week was much easier and less time-consuming than the quilt. My rotary washing line has a cover that was a disgrace! I had already mended it once and it was just getting tattier every time it came off or was put back on. 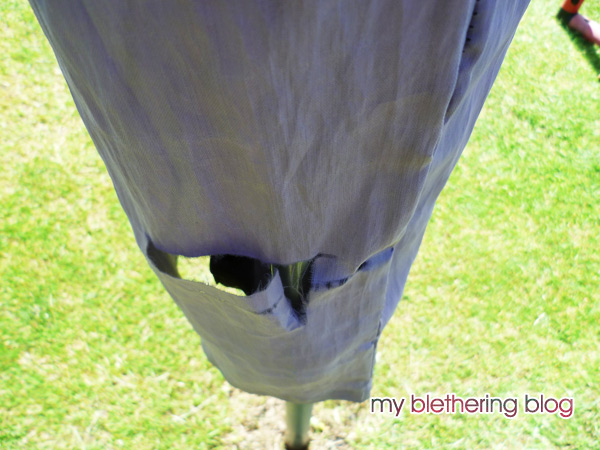 When I was looking for something else entirely in my cleaning things box in the upstairs hall cupboard, I found 2 shower curtains. Plain white shower curtains. 2 of them. I don't remember buying them - and, if I did buy them, why on earth would I put them in the cleaning box and not in the sewing room? Also, if I did buy them, why would I buy 2? We only have 1 shower in this house. Odd, most odd.

I cut one of them in half up the middle, folded it in half lengthwise and sewed one short edge and one long edge. I am now not ashamed of my washing line cover! Now all I need to do is ask Douglas to move the line to another part of the grass so that it stands up straight again. 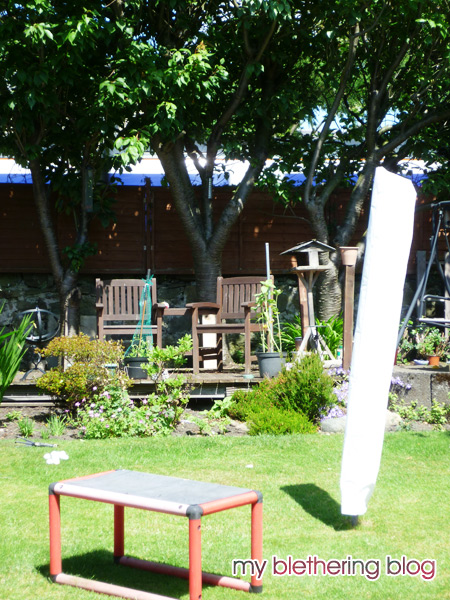 Please note the passing train to Dundee - the blue and white bit through the trees! :o)