I made myself a waterfall cardigan ages ago and am only now getting around to blogging about it. I used the Harper jacket pattern from StyleArc. 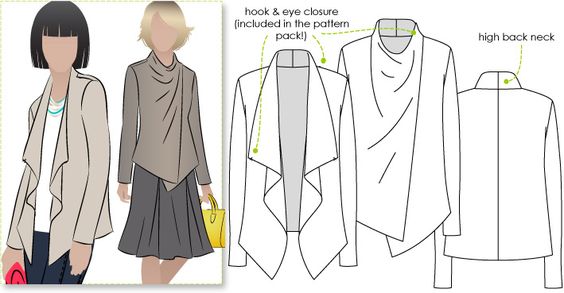 It made up really quickly and fits me really well - yay! - but the edges were to be left raw or overlocked. I overlocked mine - even though I didn't really like the idea of having unfinished edges. (To me, overlocked edges are not finished edges - they are on the inside of a garment but not on the outside!) 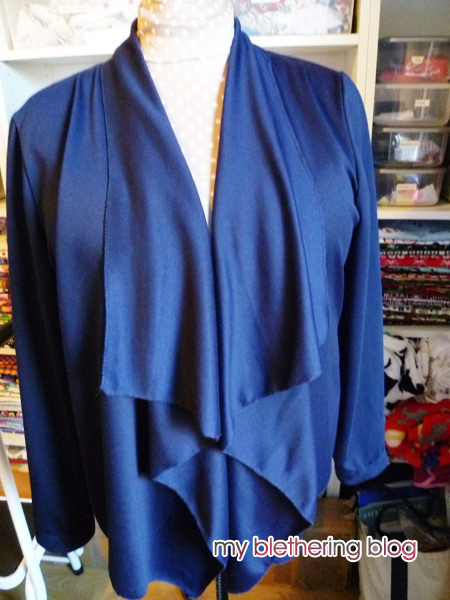 The first time I wore it, sure enough, the overlocking got caught in something and I just knew I had to do something about that. So I did. I made some bias binding with a navy blue polycotton which was a pretty close match and attached that to the edges. Much better now! 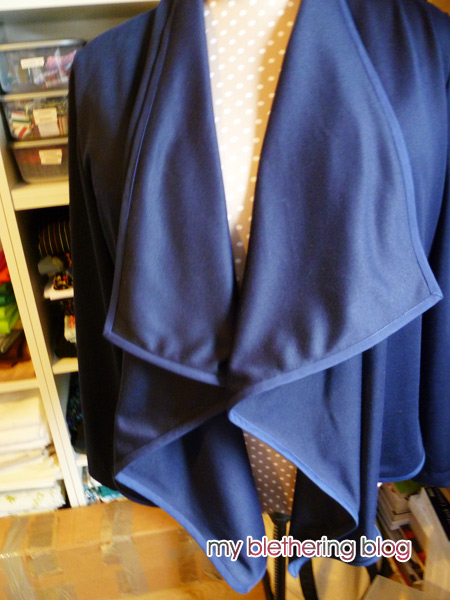 Here's the blankie I made for Emily after she arrived. 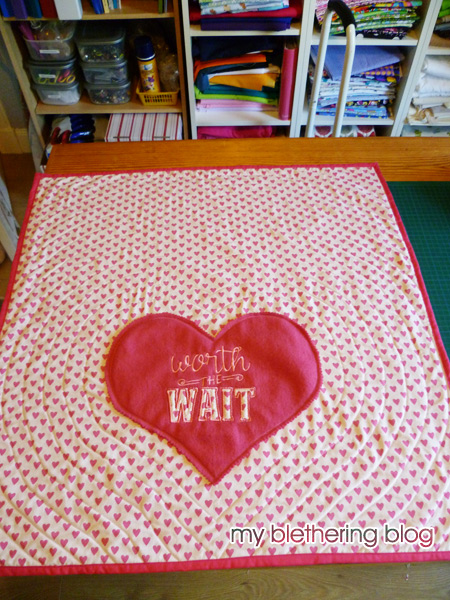 Originally, I was going to embroider the "worth the wait" bit on a piece of fleece and back it with the heart fabric but I somehow managed to embroider it sideways! What a numpty!

I had a bit of a rethink and came up with the idea of cutting out the embroidery into a big heart and attaching that to the heart fabric. I then attached the pink fleece to the back and quilted it in hearts. I used a bright pink for the binding which is pretty close to the colour of the fleece - and the hearts on the heart fabric. 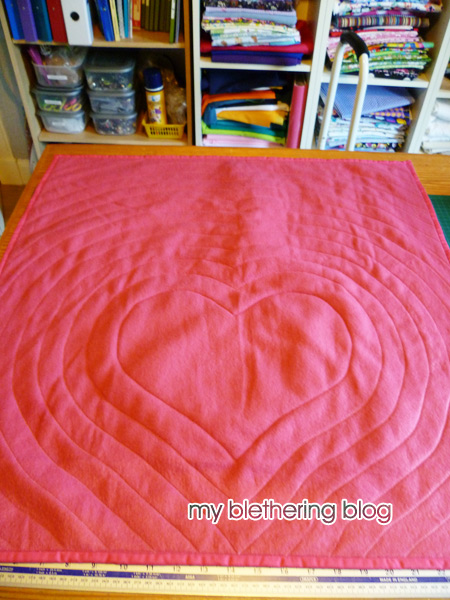 I actually think the re-do is much better than my original idea was. I'm soooo pleased with it and Debbie told me it was her favourite blankie as it really is true. Awwwww! 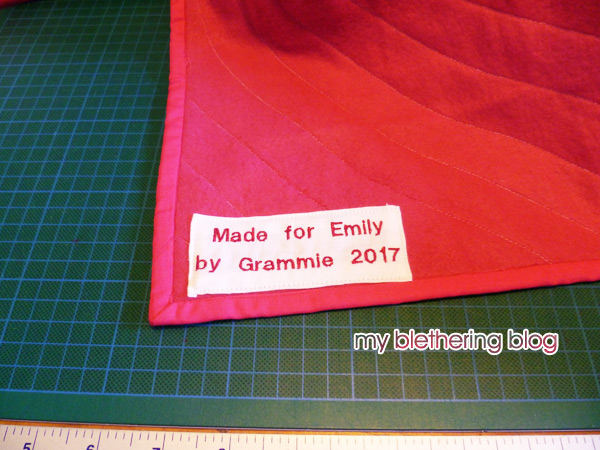 I've spent this last week making lots of pinnies (7) and bags (14) for the tartan bee shop - more of those in a later post - but I did make a new pinny for myself. This was a remnant which cost me all of £1 and I had the tapes already. Bargain - and pretty with it!