I finally finished the owls quilt I was making for Debbie with the fabrics bought in Canada when she and Jason were there last year.

She had chosen this pattern (click on the photo for the pattern) which Joanna had found on Pinterest. 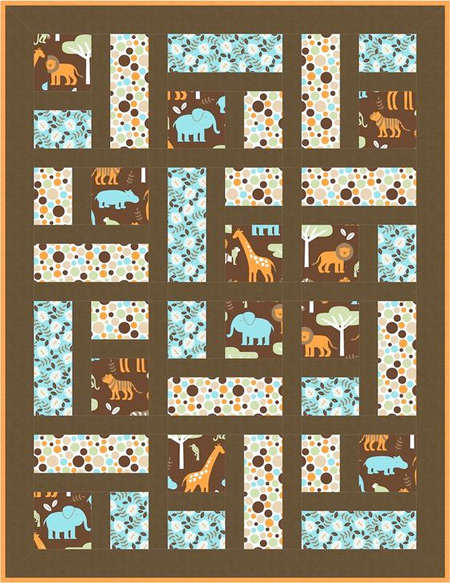 I played around in Photoshop putting the colours of Debbie's fabrics in where they would go and came up with this: 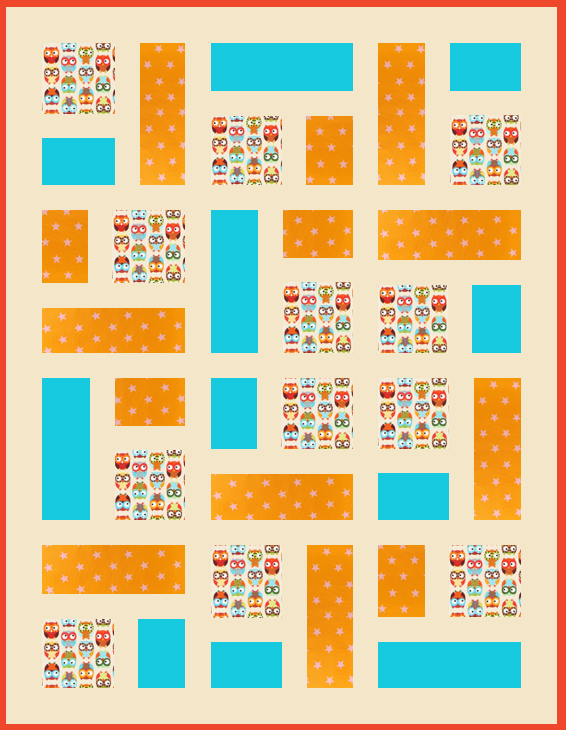 Debbie thought that the fabrics looked like they were "floating" and I could see what she meant - no real definition of the blocks. So Douglas and I went through my pile of plain colours and decided a bright pink would look best.

Back to Photoshop and this is how it looked now. Much better! 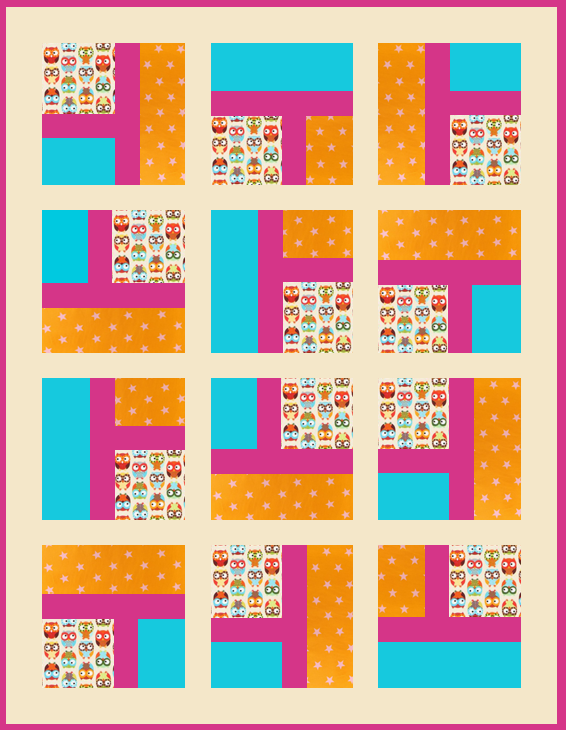 The eagle-eyed amongst you might have spotted that I changed a starry fabric for a turquoise fabric - 1st block on the left, second row down. I don't know if it was a mistake in the original pattern but it was the only block that didn't have all the colours in it. So I changed it. As you do. Or at least I do!

Anyway, Debbie liked this layout so the sewing began. I managed to get the top sewn together but then I got sick and the quilt sat for about 3 weeks with nothing being done to it. Last week, I finally sat down and got it quilted. I just sewed diagonal lines - the quilting part of making a quilt is my least favourite part of the process and, if I can think of a quick way to do it, that's the way I'll go.

Here's the quilt on our bed. Here's a close-up of the fabrics - those owls are so cute! Here's a better photo of the quilt with my trusty quilt holder (Douglas) holding it up. 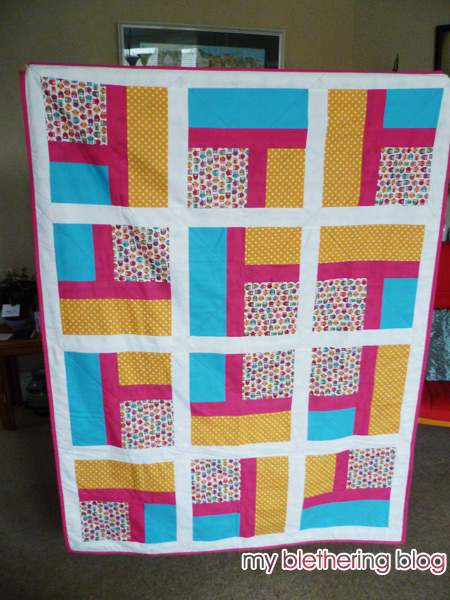 The back is a fleece given to me by Joanna - this quilt has turned into a real family affair! The pink on the snowflakes is almost exactly the same colour as the pink Douglas and I chose to boost the blocks. Pure coincidence! 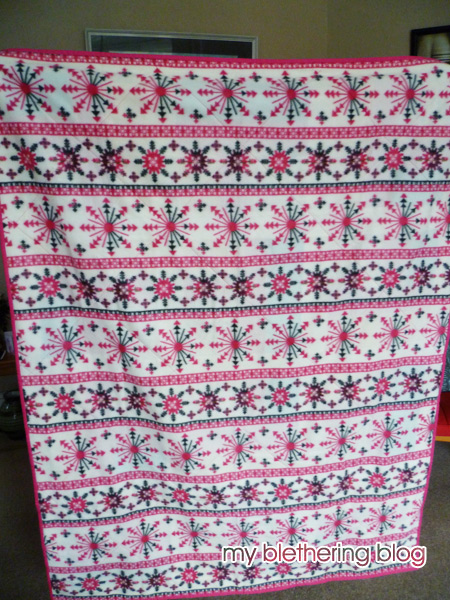 It's less than 2 weeks now until the baby's due. We're getting excited/scared/impatient around here! :o)