This week I've had a bit of a sore throat along with a chesty cough (still got the cough - yuck!) so I haven't done as much as I wanted to do. However, I did get the pink jacket made. 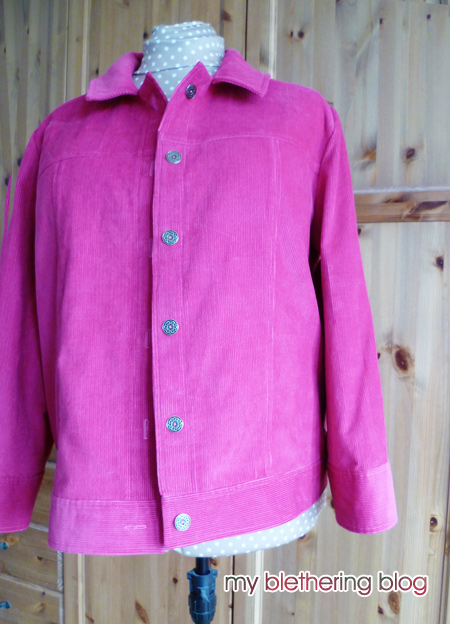 It's another incarnation of Butterick 5616 - previous versions are here, here, here and here. 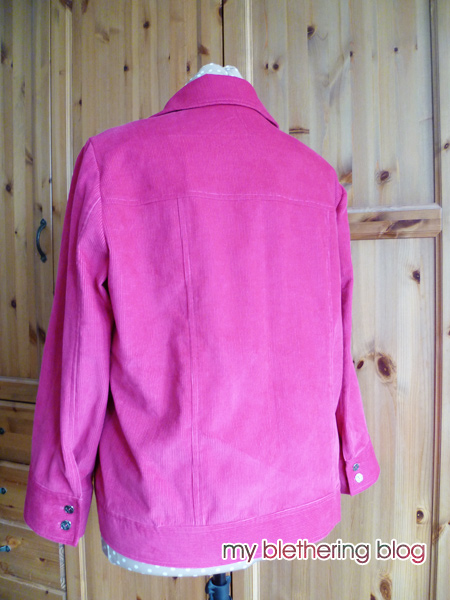 This next photo is more like the actual colour. 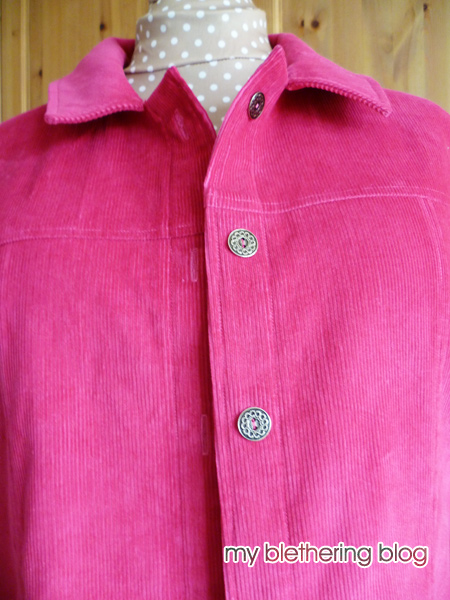 This morning we had some cinnamon buns for breakfast. I didn't make said buns - I bought them in the fridges aisle of the supermarket. Mmmm, I see they're called Cinnamon Swirls. Oh well, they're cinnamon buns to me! ;o) 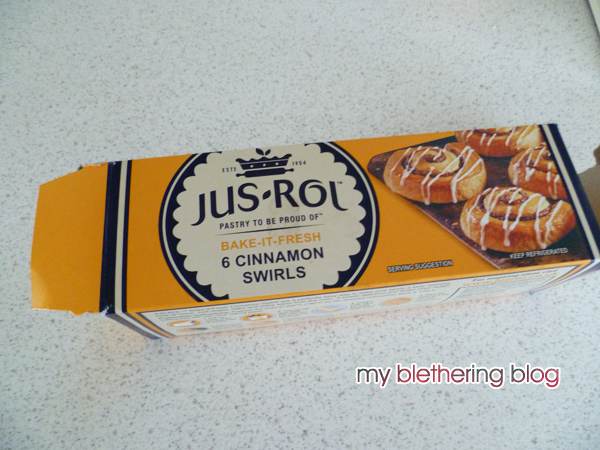 We've had these before done in the oven - as you're meant to - but, this morning, we cooked them in the waffle maker. Success! They only took about 3 minutes in there as opposed to 11 to 14 minutes in the oven (which has to be preheated) so much, much quicker. 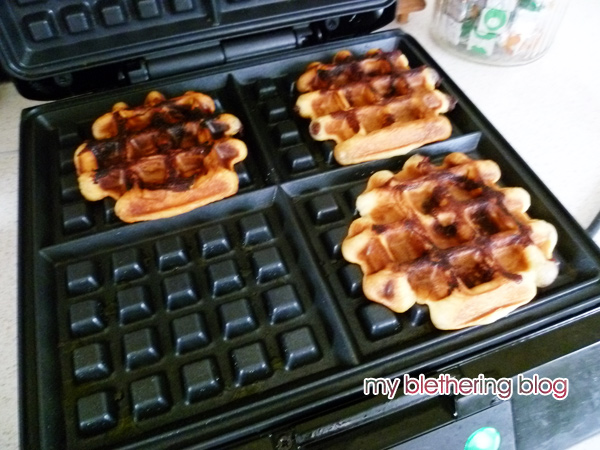 They were crunchy on the outside, soft on the inside but the best bit - there's plenty of room for the icing to sit in the holes! Delish! 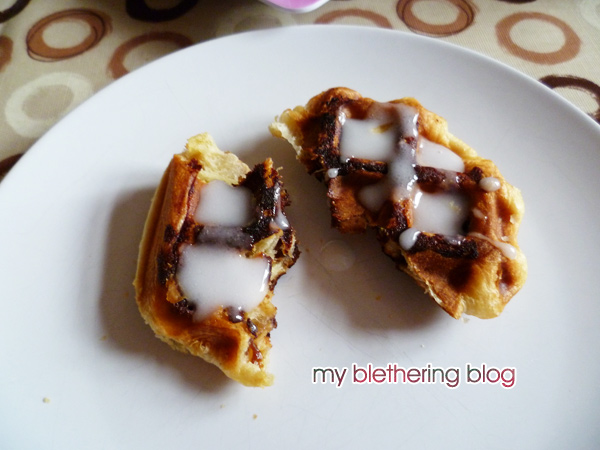 Joanna and I took a trip along the coast to the patchwork shop and, needless to say, I got some scrap bag bargains ... 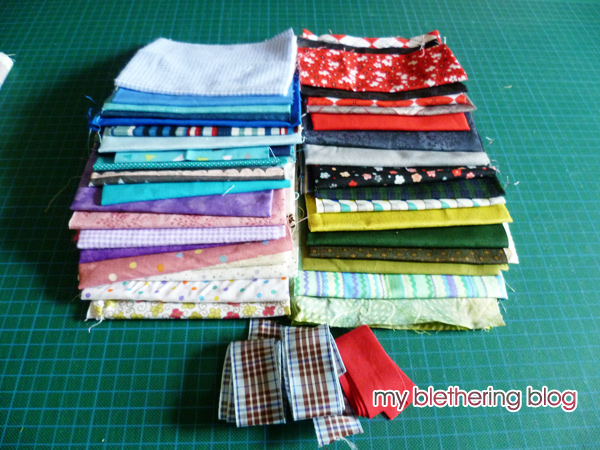 ... and some fat quarter bargains and a sale piece of fabric. No plans for any of this except to add it all to the stash. 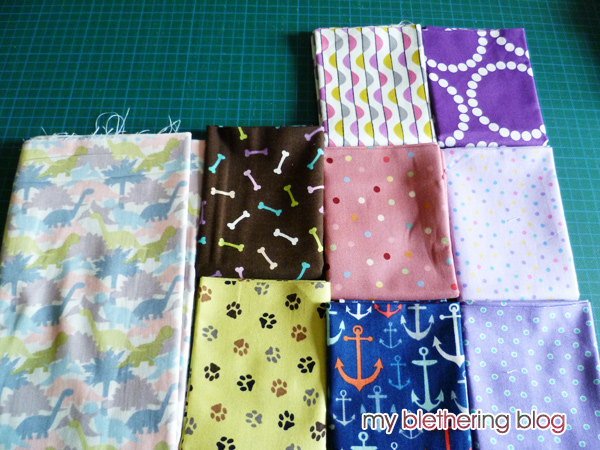 This afternoon, I cut out some more pinnies - 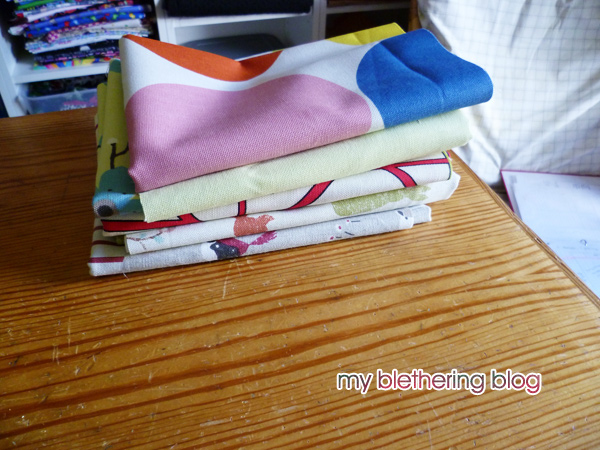 and some bags for the tartan bee. 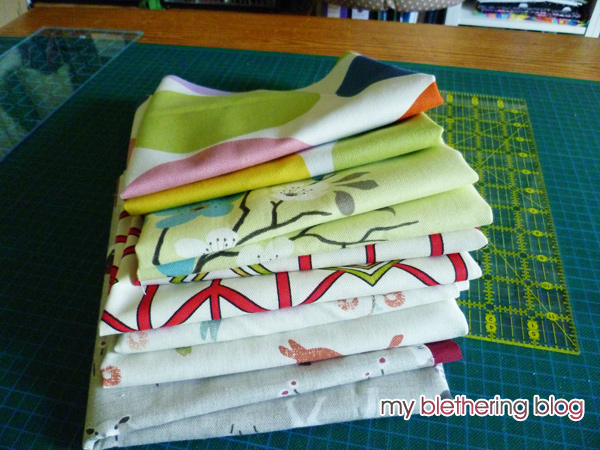 I need to get some fabrics for linings for the bags but I'm thinking I'll just get a sheet or two from Asda's as they usually have some nice colours in there. Well, they're nice for bag linings, I'm not sure I'd want lime green sheets on my bed but I'm sure some people do!

Now a couple of random photos. Our first strawberries of the season - much better than any in the shops! 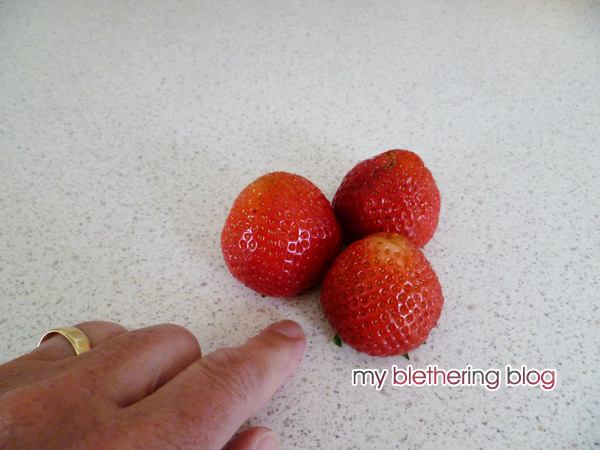 And this is what happens to a plate that says "microwave safe" on the bottom of it when you put it in the microwave. 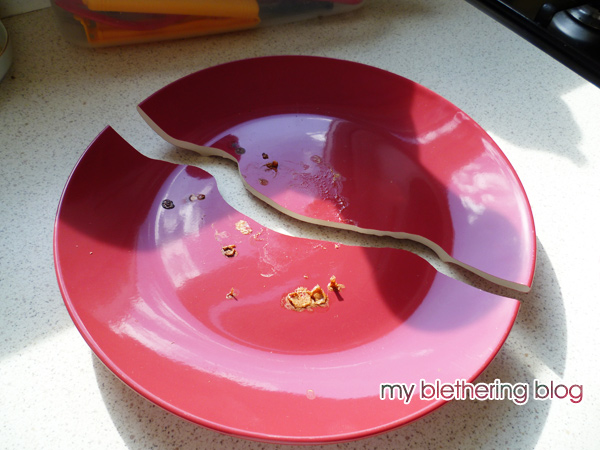