I finished the blue baby quilt I was making last week and I love it! 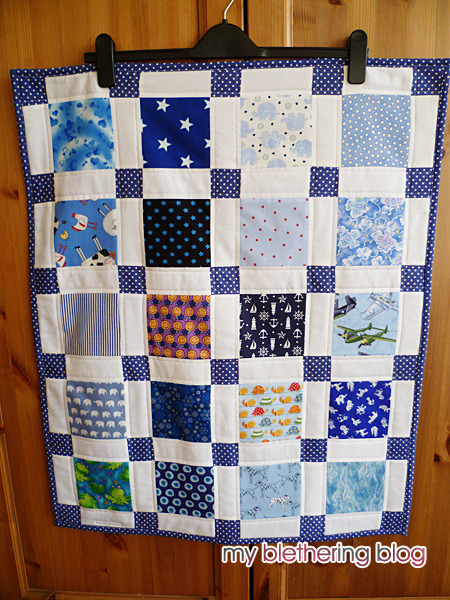 The back is a plain blue fleece this time: 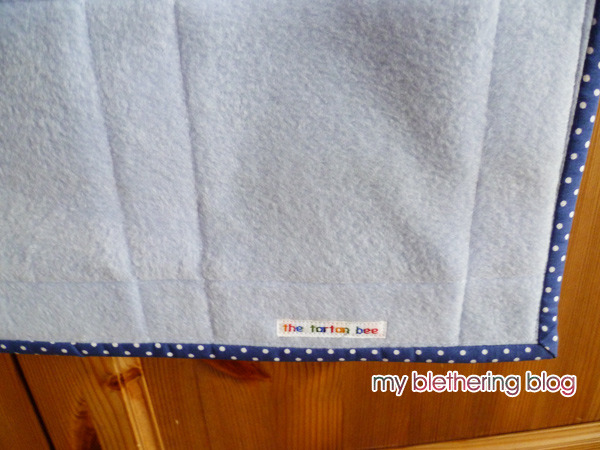 To load it into the tartan bee shop, I spread the quilt over a chair and plonked carefully placed a teddy bear on it. It makes the quilt look even better in my opinion - although I might be slightly biased! I've now loaded all four baby quilts in with the help of the same bear. I was very careful to point out that the bear wasn't for sale! LOL 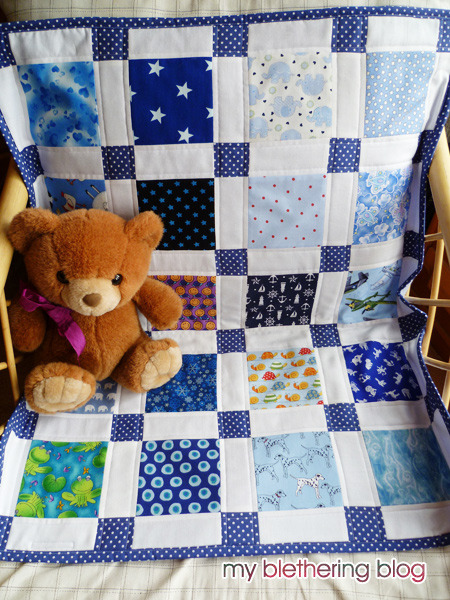 Joanna and I had been having many discussions about me making her another pinafore dress using the Black Watch tartan I had leftover after making my skirt. We eventually decided that it was going to be annoying to both of us if/when the tartan didn't match so we decided to abandon that idea. (Phew!).

We decided instead to make a skirt like mine which I made using a self-made pattern from the "Sew What Skirts" book. Basically, you take your own measurements and draw the skirt pattern for yourself. It sounds easy and, honestly, it is! I already had Joanna's measurements so I set to and made a tartan skirt for her.

I sent it along to her for trying on and am happy to say it fits her perfectly. Yay! 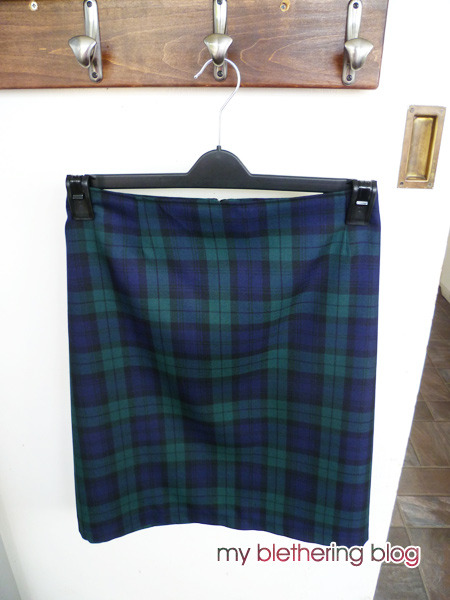 I still have some tartan left but I'll just leave it on the pile until I think of something else to make with it - something that doesn't involve matching the checks on princess or dropped waist seams!

I was playing around the other day drawing out another quilt design. I drew it roughly on a piece of paper first then opened my Photoshop and played around in there and came up with this: 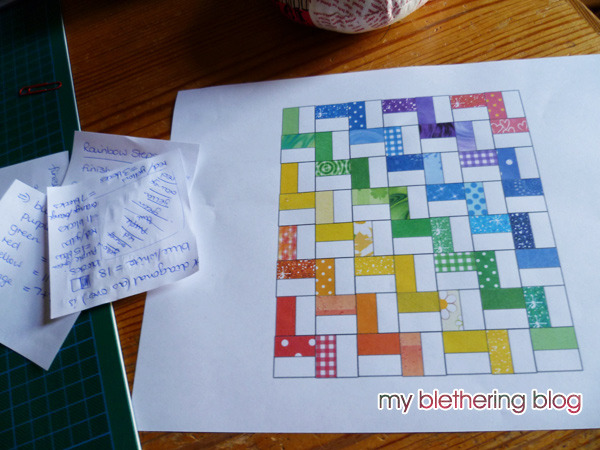 Oh my goodness, I love it! I very quickly chose all the fabrics ... 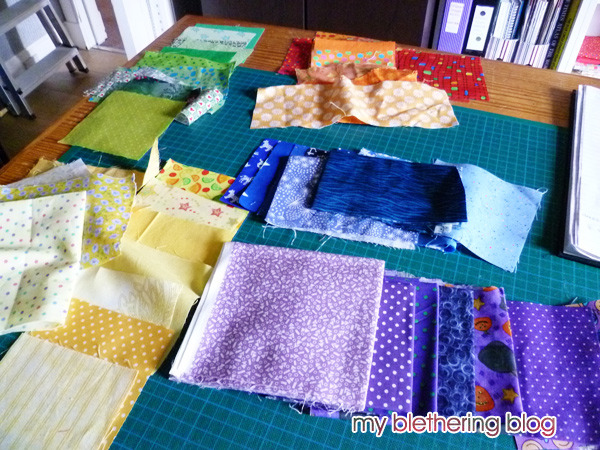 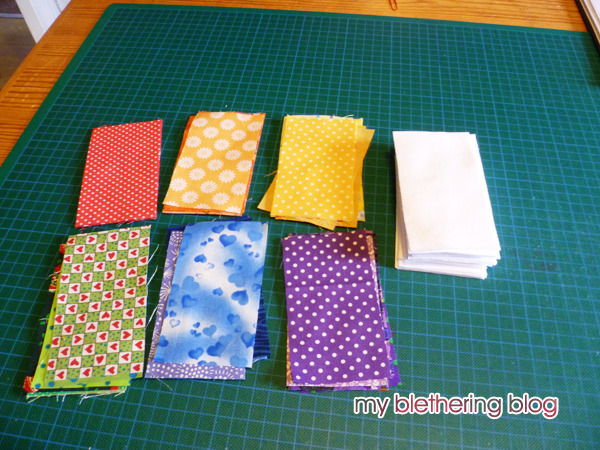 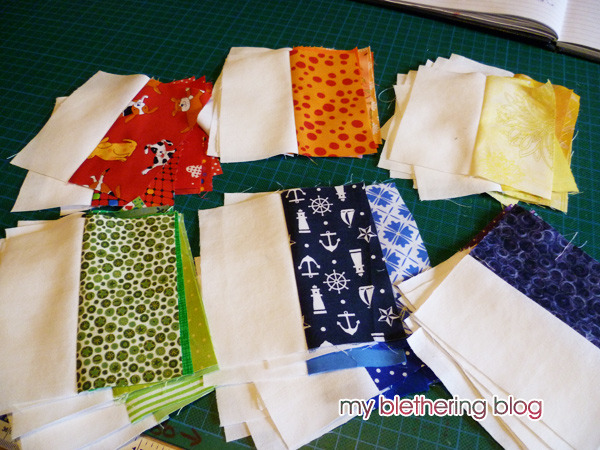 I then laid them on the table in my rainbow steps design. I've photographed it from the side so you'll have to sort of lean your head to the right to see how it'll look. (I can see you leaning your head! LOL) 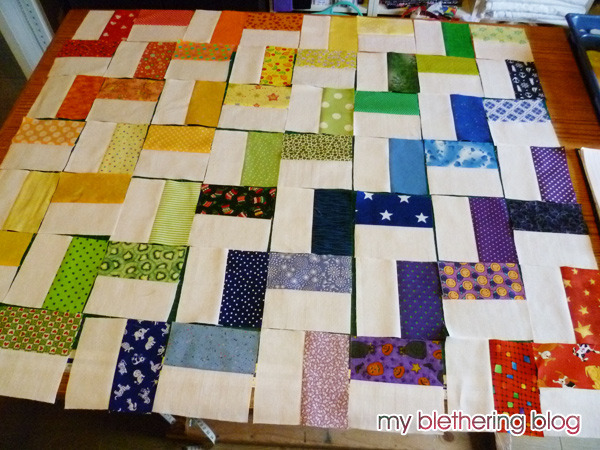 Now, I'm not claiming this is an original design at all - is anything these days? All I know it I love it and can't wait to see how it all looks when it's finished!