A few months ago, I noticed in my feed on Pinterest (where it shows what you and people you follow have been pinning), there were a lot of pins about a programme called "Outlander". These pins were being pinned by Joanna and it was clear that she really enjoyed this show. I must admit, I was intrigued - I mean, who can resist a handsome Scotsman in a kilt? Not me! LOL Then, one day when we were dog-sitting Tilly, Douglas asked our next-door neighbour if he knew what was happening down at the harbour and why it was all being fenced off and people weren't allowed to go down there any more. Our neighbour told him it was because they were filming "Outlander". My immediate thought was "Joanna is going to be soooooooo excited about this". Understatement of the year! To read Joanna's thoughts and what she did about them you can read her blog posts here and here. So exciting!

Anyway, Douglas and I then decided we'd better watch this "Outlander" thing and see what it was all about. In the UK, it's available on Amazon Prime and, as we already do the Amazon Prime thing, we started watching. In case you don't know, the first series (which is all that's available at the moment) is an adaptation of Diana Gabaldon's book, originally called "Cross Stitch". I had read it when it first came out about 20 years ago but hadn't read any of the follow up books.

One of the best things about the series is that it's filmed in Scotland so Douglas and I sat there watching it saying "been there", "that's Falkand", "that's Culross" and so on and so on. It's a bit gory in places - more than a bit, to be honest - and there are sex scenes which might make you break out in a sweat ;o) but all in all, I really enjoyed it. That's 16 hours of telly I'd watch again!

Anyway, to the point of this post! Joanna made a lot of new friends from all over the world by tweeting about the filming at the harbour and one of them has come over from the US to visit Scotland and to see some of the places where "Outlander" was filmed. Joanna is meeting her tomorrow and she asked me if I'd make a bag for her to give her new friend. So I did.

First of all, I printed out some text using the font they'd used in "Outlander" - Charlemagne Std Bold which I already had on my computer. Then I pinned the piece of paper on to some calico and started sewing around the letters. 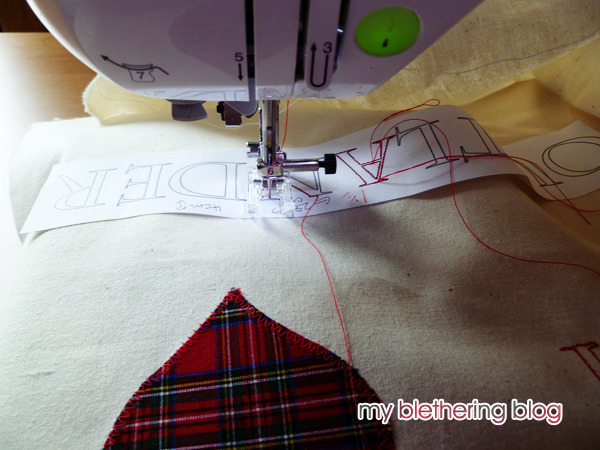 Then I added a tartan heart. The photo above shows the first position of the heart - I decided I didn't like it like that so I unpicked it and centred it as shown in this photo. 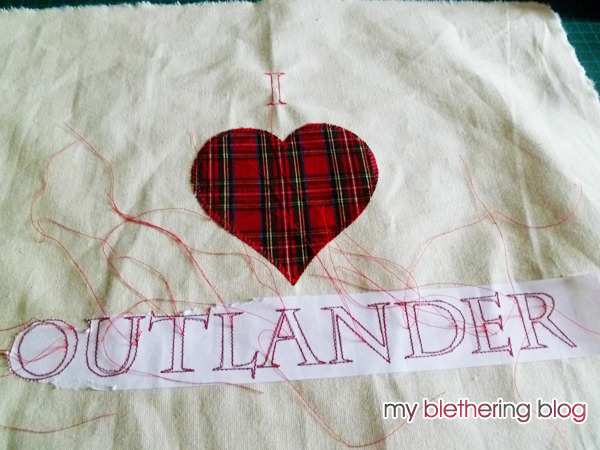 After peeling off the paper and sewing around the letters again (and finishing off all those threads!!), I turned it into a shopping bag. 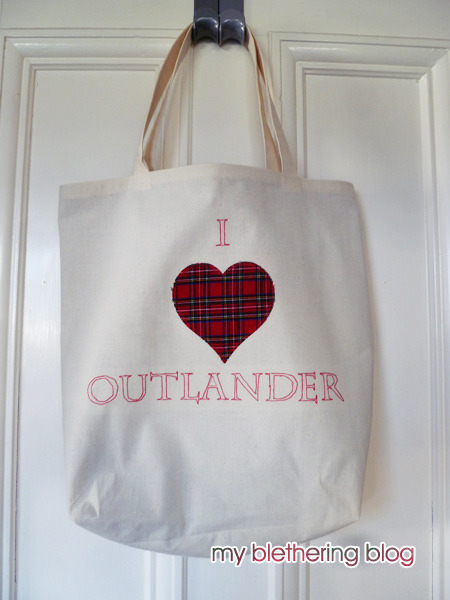 The inside of the bag is the same tartan as the heart - Royal Stewart tartan. 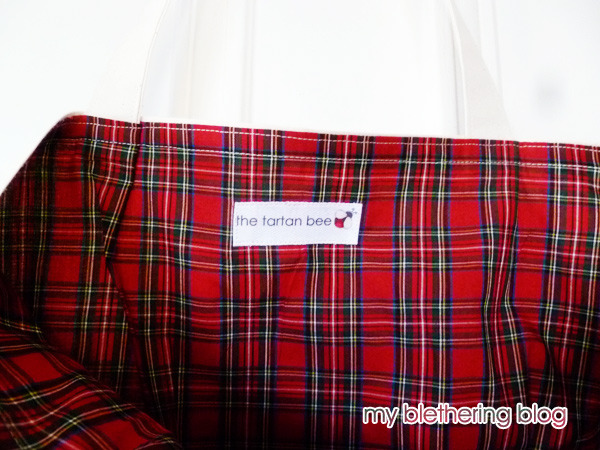 It was a lot of work to sew all those letters - twice because I made the same bag for Joanna as a prototype - but well worth it in the end.

If you get a chance to watch "Outlander" even if it's only to look at Jamie Fraser/Sam Heughan Scotland, you should totally do it! :o)