the bedspread - done - and lots of bags

Last week, I decided that Debbie's bedspread had sat around glaring at me for long enough so I made myself deal with it just to get it done. As Debbie had said I could just put together the blocks I had (without adding in the 19 new ones I'd already made!!), that's exactly what I did. The resulting bedspread is now 7 blocks by 6 blocks instead of 9 by 8. That makes the bedspread 84" by 72" - still plenty big enough to fit on top of a bed, in my opinion. 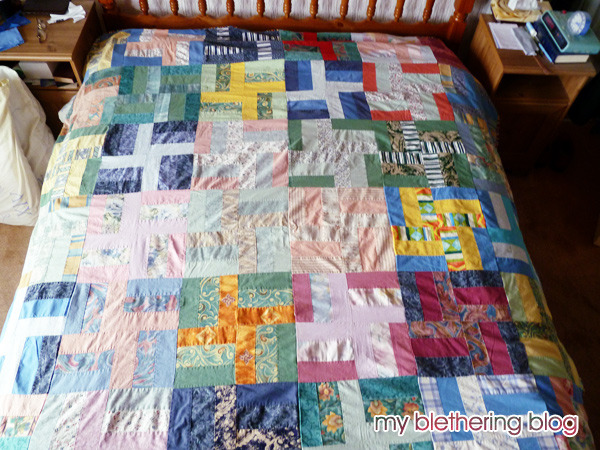 Instead of sewing the top to the backing around the edges with right sides together and turning it all through, I decided to sew them wrong sides together - as if they were quilted - and then add a binding around the outside. The rusty colour is the original backing which I was able to use and I used one of my stripey bindings. I must admit, the sewing isn't exactly perfect - I probably should/could have used rusty coloured thread but, by this point, all I wanted was to get it finished so I just used the cream thread that was already in the machine and sewed it up. 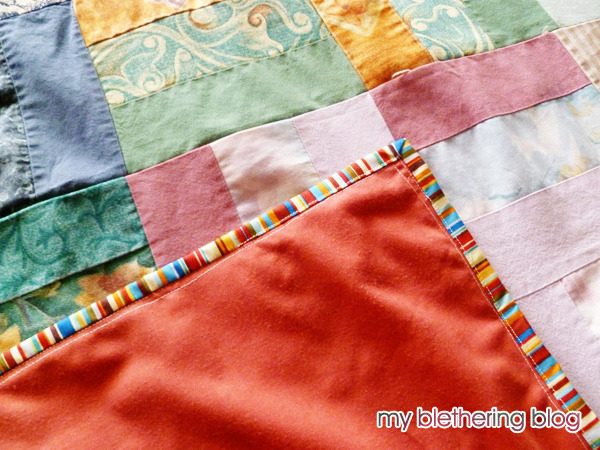 And here it is all folded up and ready to go back to Debbie. 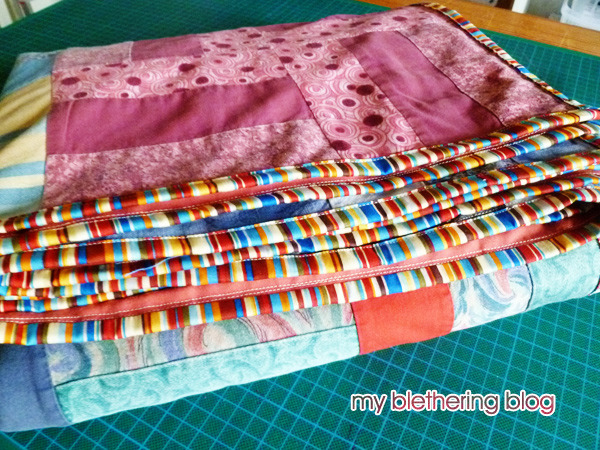 I will be telling her in no uncertain terms that I will NOT be fixing this again. If it falls apart again, that's it. Sort it yourself or throw it away!! :oP

After the bedspread was done, I decided to investigate the crate which had some bags in it ready to be sewn. 14 bags to be precise. The first 2 didn't take much time at all. 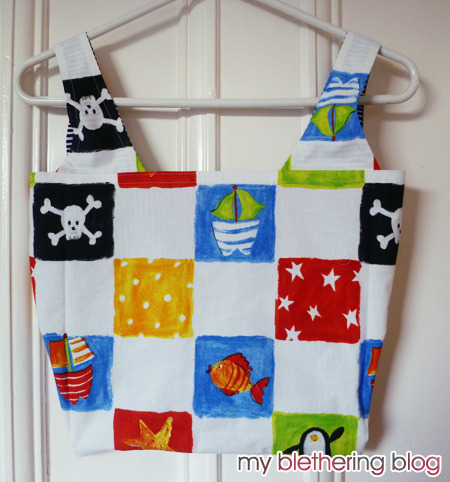 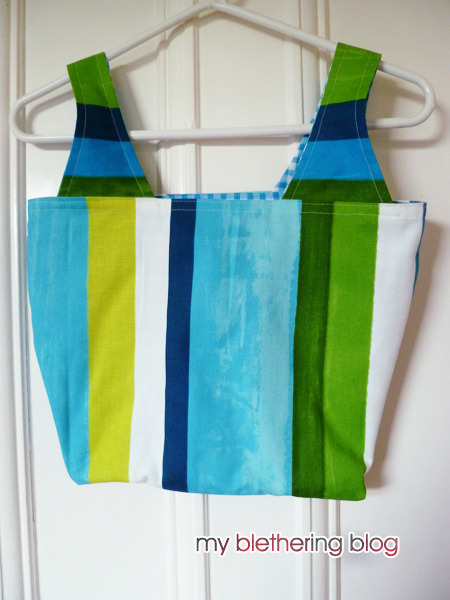 The last 12 only seemed to take forever because I did them all at once, production line style. I've only got threads to snip on these ones and then they'll all need a good press before I take photos of them and list them in my Etsy shop. 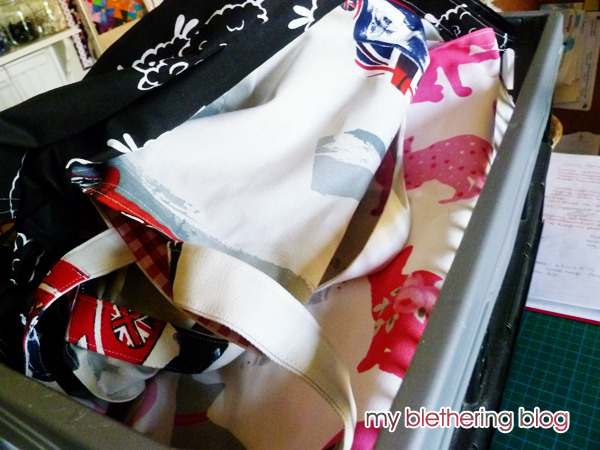 This sight made me very happy at the end of today's sewing. An empty crate! Wheeeeee! 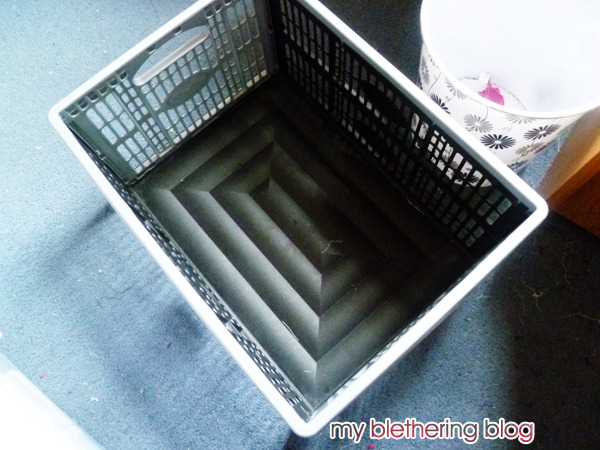