another Cressida, the bedspread and a cardigan

This week I made another Cressida skirt for Joanna. I only had the buttons and buttonholes to finish off today. I know that she'll get a lot of wear out of this one. 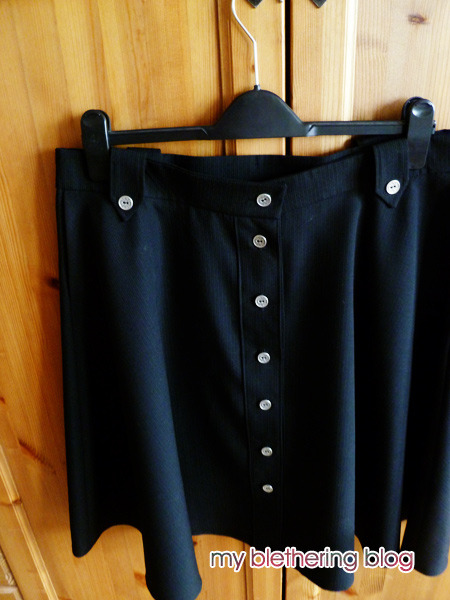 It looks navy in that photo but it's black with grey stripes. This photo shows the colour better. 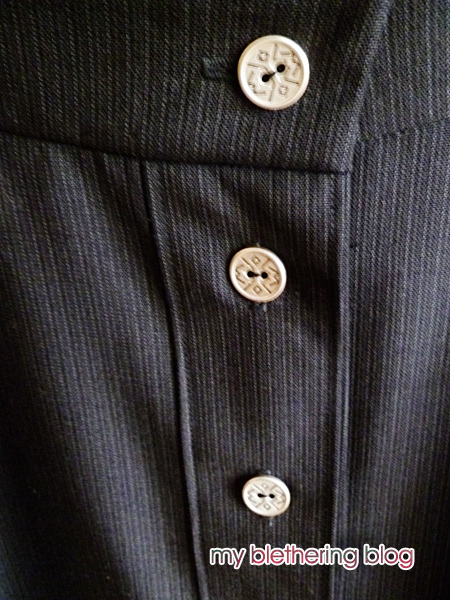 Joanna had bought the fabric out of the remnant box and the price was still on it - £5! The buttons had been on a pinafore dress I made for Joanna in the 90s so it's fitting that they get used for another garment for her!

I decided to have another go at Debbie's bedspread so I started ironing the blocks that I thought - hoped - were intact. Needless to say, there were more that I needed to replace - another 9 to be exact. *sigh* I couldn't face cutting out 27 more sets of 2½" strips so I just put it all aside for now ... again!

I talked to Debbie on the iChat this afternoon and suggested (again) that it was maybe time to abandon it. She didn't want to do that but has now suggested that I just sew together the blocks that are left into whatever size they come out to and they'll use it on the back of their couch instead of on the bed. We both laughed when I said that at the rate the blocks are disintegrating when I work with them, I'll be making a cushion cover for her! :oD

This afternoon I cut out this cardigan pattern for myself in a bright pink sweatshirt fabric. I'm making view A but am leaving the pockets off. 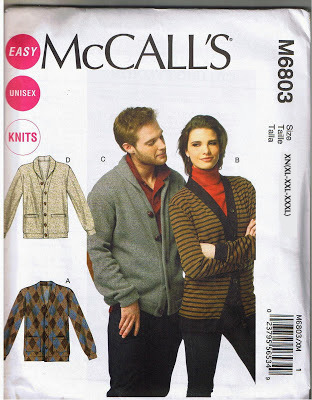 Reading through the pattern, it sounds like it'll be a quick make. I hope I haven't jinxed it by saying that!