First of all, thank you all for your kind comments on my last post.

I'm not fully recovered from my bout of flu but I am much, much better. I still have a bad cough and not much energy but I am definitely on the mend. Hoooray!!!!

Unfortunately, it would seem that I've passed it on to Douglas. As I type, he's sitting on the couch sneezing and coughing and generally feeling yucky. I hope he doesn't get exactly what I had. All joking about man-flu aside, I don't think he'd be as good a patient as I was in that I lay on the couch for 3 days and barely moved. I don't think Douglas could do that even if I sat on him! Fingers crossed it's "just a cold" like he says it is. We'll see.

Today I went into my sewing room and made something. I deliberately didn't want to tackle anything too complicated so I dug out the bindings I had cut out last week .. 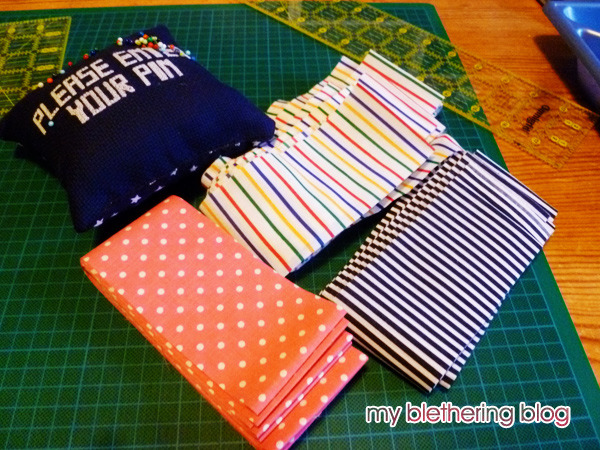 I joined them into long strips and pressed them in half making quite a few metres of bindings. The smallest bit was 7.5 metres - about 295"!! This photo shows the colours much better - the pink spotty one is bright pink, not salmon pink like it appears in the photo above. 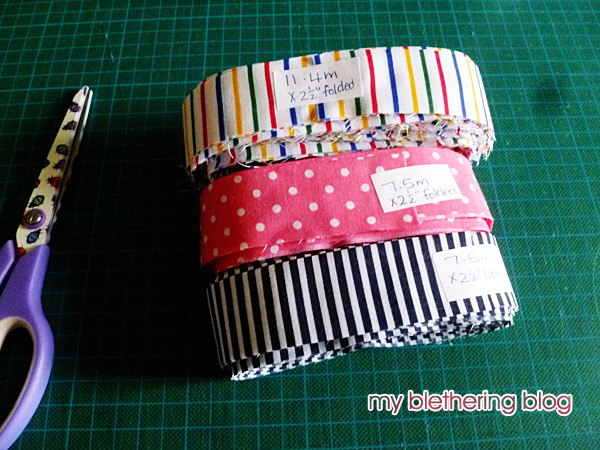 Not a lot done but it's a start and, after the week I've had, a start is better than nothing! :o)