the dress, the tree, the trainset and Tilly

I finished my dress at the weekend. It's really hard to get decent photos so this will have to do! You can just see the wee triangle that I added to the V-neckline to lift it up a bit. I prefer not to have any cleavage showing and this solves that problem. ;o) 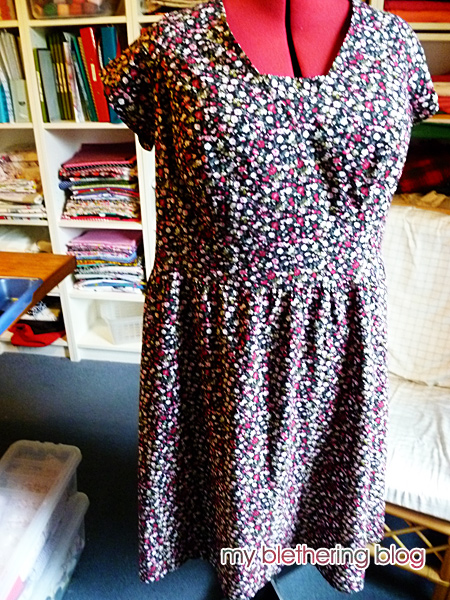 I found some buttons in my (huge) collection which went well with the dress. I initially started looking through the reds and pinks but the green ones blend in really well. At least I think they do! 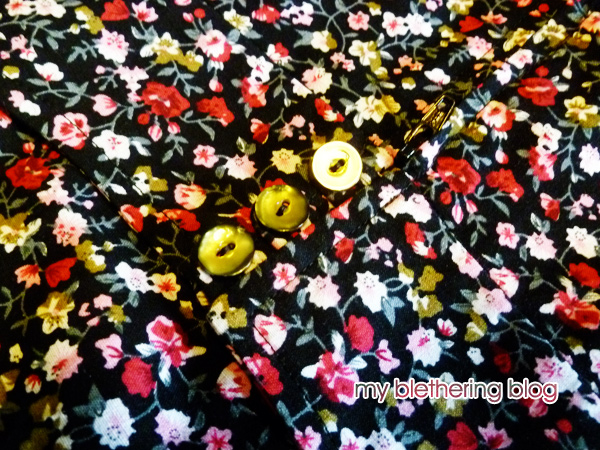 We put up our tree yesterday. Actually, that's not quite true. Douglas put it up on Saturday whilst I was making our evening meal. I burst out laughing when I saw it! 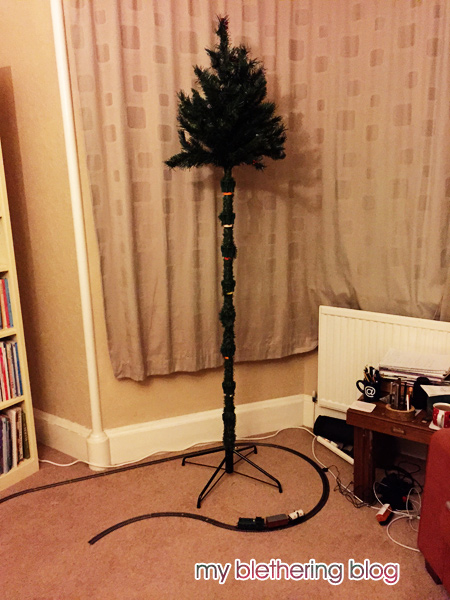 Then, later in the evening, he decided it looked a bit bare so he added some more branches! LOL 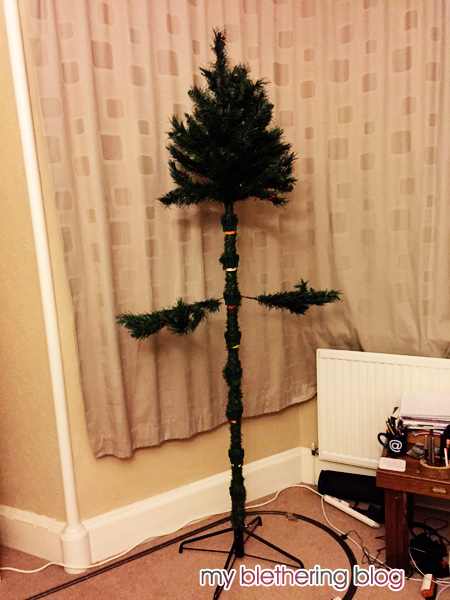 You might notice something strange going on underneath the tree. It was my suggestion that he put up some of his trainset underneath it. I won't tell you how much fun he's had putting it together! ;o)

Here's the tree in all its glory. 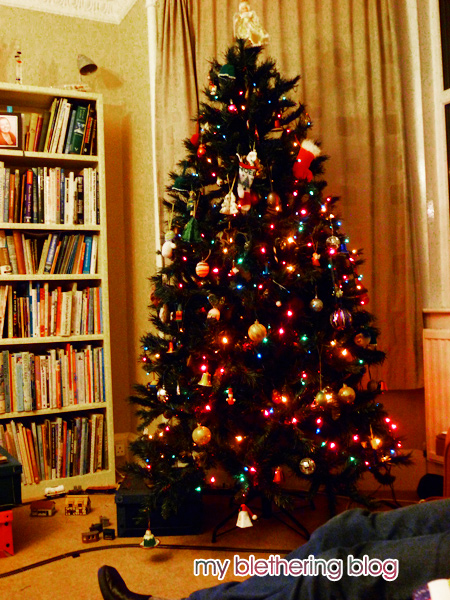 You can just see the trainset and some of the wee houses he's put down on the carpet. It's not finished yet but he's still having fun playing with it! :o)

It was quite sunny when we were decorating the tree yesterday afternoon and Tilly was very interested in the reflections from the miniature disco ball decorations! Isn't she funny? :oD