A few things to catch up on around here. First, I knitted myself this scarf back in September. The pattern is from here. Today's the first day it's been cold enough to wear it! Our weather is being weird!

I'm now in the process of knitting one for Joanna. Hers is already a good bit longer than mine. I really should ask her if it's long enough yet! 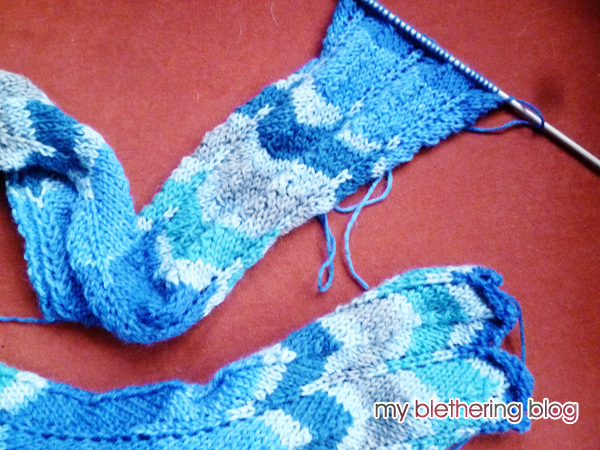 This is my third incarnation of the Cressida skirt. Previous versions are here and here. It's a really dark navy with a light blue pinstripe. It's just as comfy as the other two I've made. 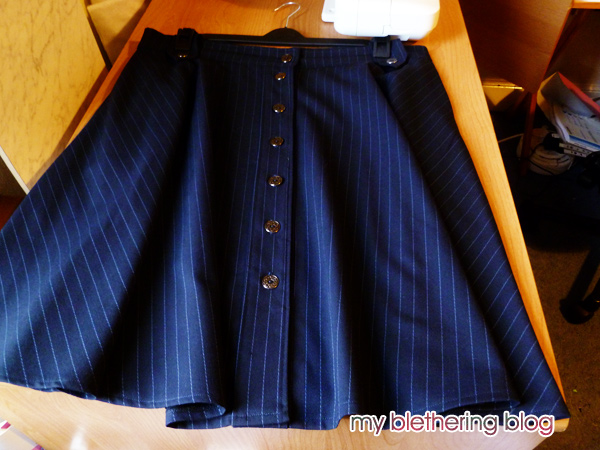 Last week, we went out to the craft & patchwork shop along the coast from us. I only ever buy things from their sale boxes. I love the feeling that I'm getting a bargain! Here are some Christmas scraps. 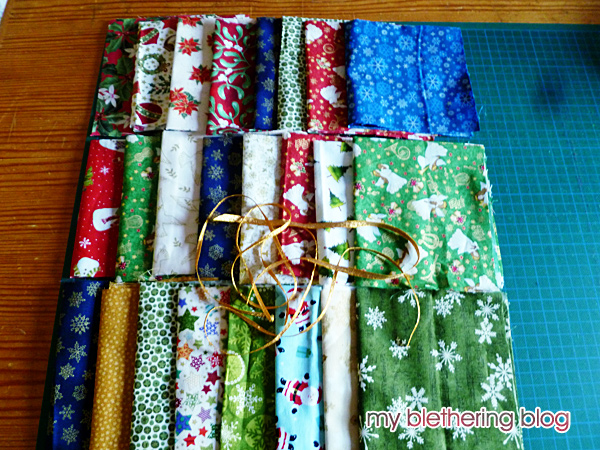 And some "normal" scraps. 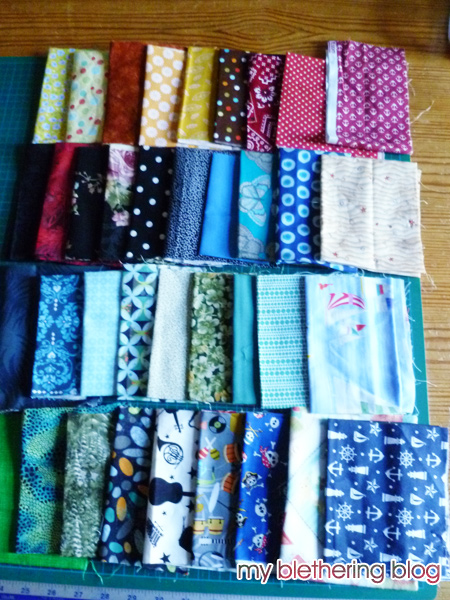 And some fat quarter bargains. 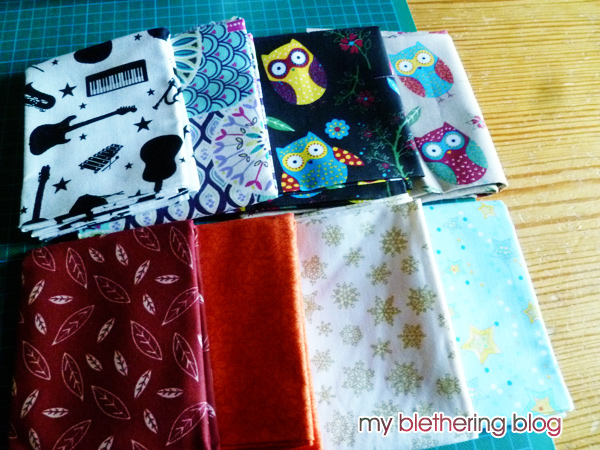 I don't have any definite plans for these at the moment but I'm fine with that. I'll just admire them then put them away in the appropriate piles until it's time to use them! :oD

I decided I needed to do a trial run of the dress for Joanna so I cut it out of a (wildly) green sheet. 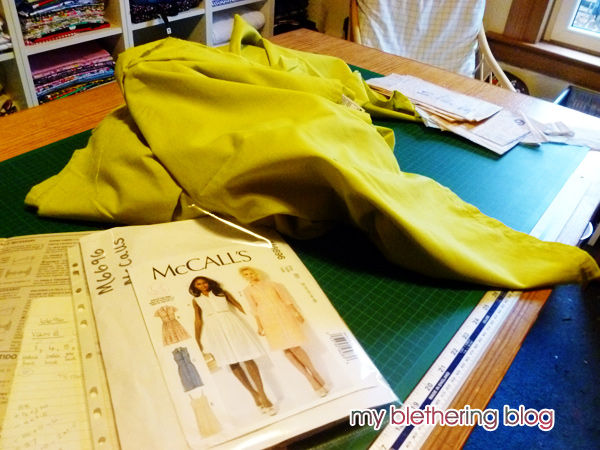 I didn't have enough to the green to make the sleeves so they were made with a pink sheet. I didn't think it would be easy for Joanna to pin herself into the dress to test the fit so I used some pink buttons. It's a shame the green is so wild because it really does make a nice dress. 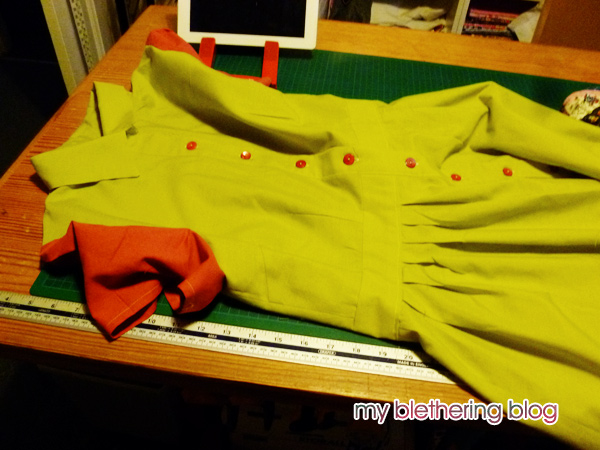 Today I got a dress for myself cut out. It's going to be the same dress as I made in July (blogged about here) which fits me so well. 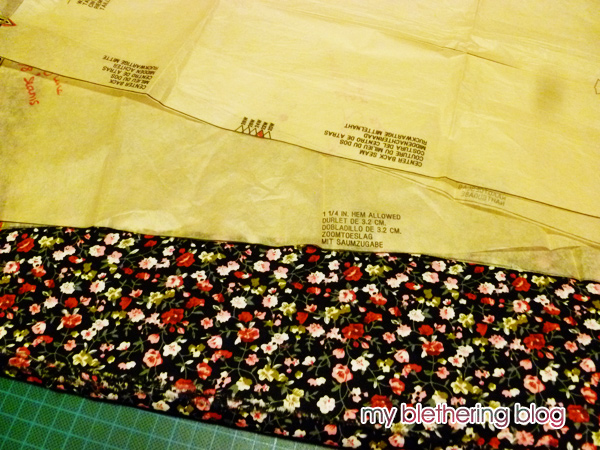 I also got the "real" dress cut out for Joanna but didn't get any photos of that. Hopefully, because I've made both of the dresses before, they'll go together quickly because I have a few "blanks" I need to make before Christmas so I really should be getting on with those!