Tilly & the pompom and my second Cressida skirt

Joanna started a new job yesterday so we're now looking after Tilly for a few hours when she's at work. Mostly, Tilly lets you do what you want to do as long as you pay her some attention and give her hugs and cuddles and a few doggy treats.

This afternoon I was in the sewing room and had just stopped her diving into the bin (again) to get out some fabric to chew when she ran off. I (stupidly) assumed she'd gone downstairs to annoy/play with Douglas. I thought nothing of it when she reappeared within minutes to try the bin-diving thing again.

I then decided to take the dressmaking dummy into our bedroom to take a photo of my new Cressida skirt which I'd made at the weekend. I walked in carrying the dummy and burst out laughing when I saw this on the carpet. 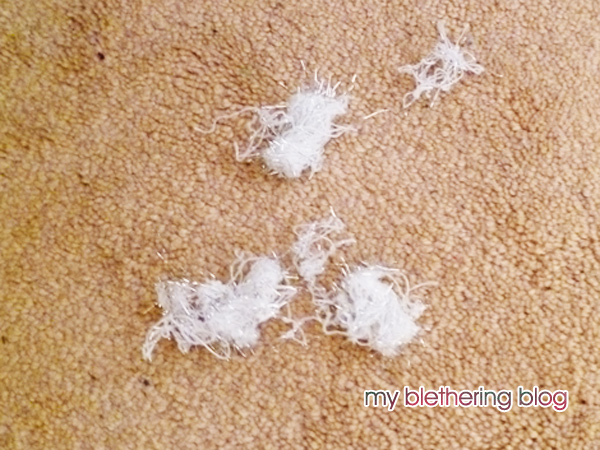 Then I saw this on the bed and laughed some more. 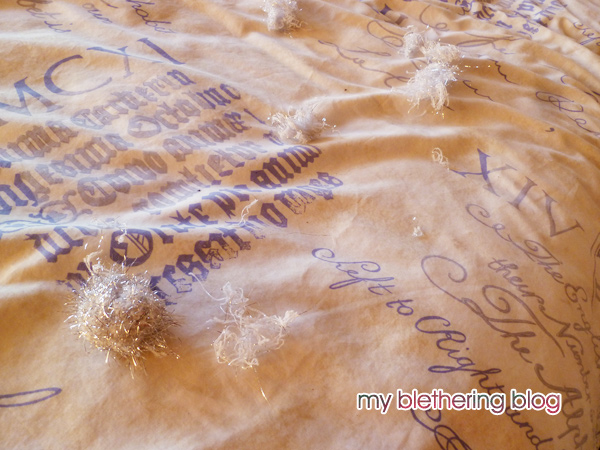 What is it? A chewed up silver pompom. this is what it once looked like! 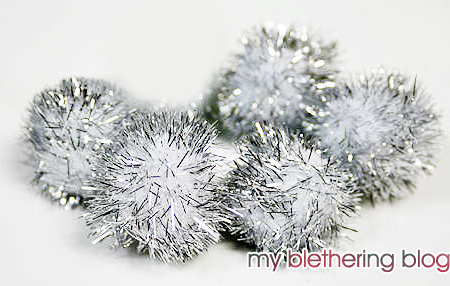 Tilly tried to assure me it hadn't been her who had chewed the pompom. Butter wouldn't melt and all that! 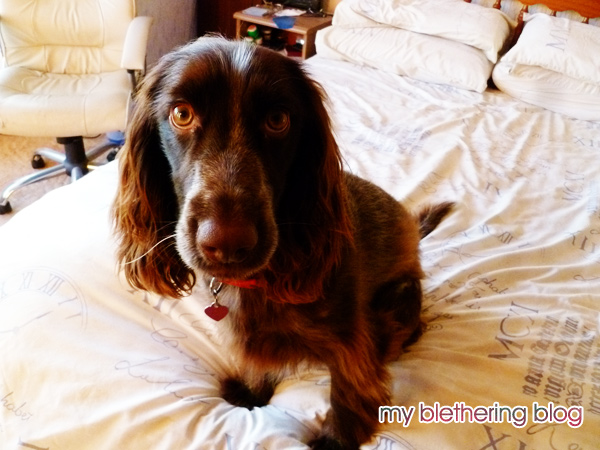 Then she started trying to chew me. 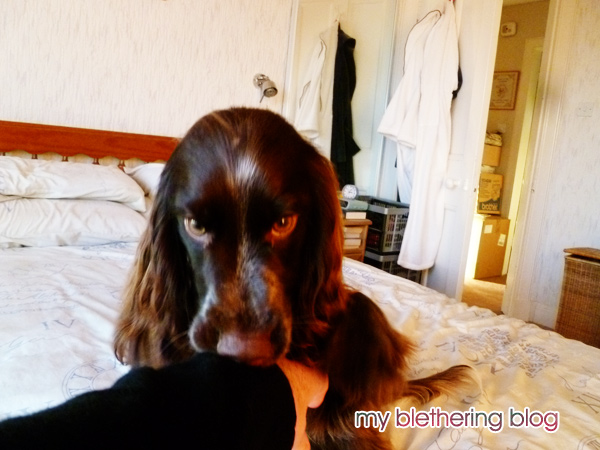 Nothing like a good chew on a cardigan sleeve to make your day fabulous! :oD 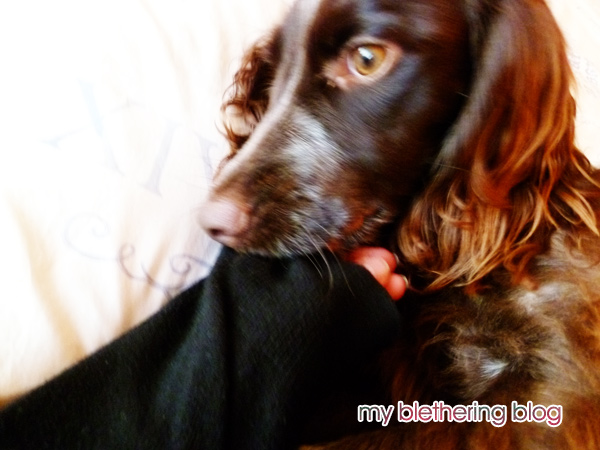 I did finally manage to get the photo of my new Cressida skirt. 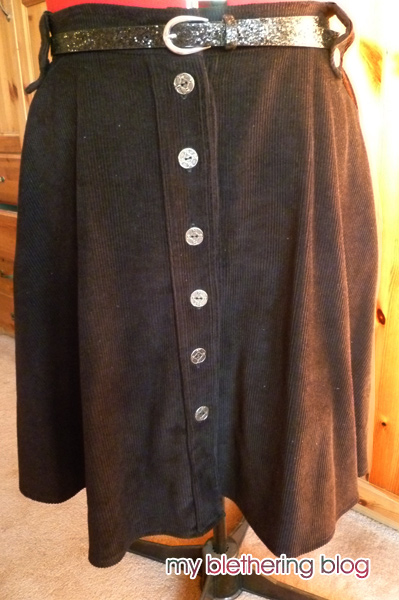 It's in black corduroy and I love it! I have another couple on the go - one for me and one for Joanna. I'm making them both at the same time which is making it seem like they're taking twice as long but I hope to get them both finished tomorrow. Unless, of course, the pompom-chewer has other ideas! :oD