On Saturday morning, we headed out to Edinburgh to take advantage of the doors open day. Quoting from the Doors Open Day website:

"Doors Open Days give you free access to hundreds of fascinating buildings across Scotland. Every weekend in September you can explore places that are normally closed to the public. Some open up once a year, some just once in a lifetime. This is your chance to discover the architecture, design, buildings, places and spaces right on your doorstep or explore a new part of the country."

We (I) decided that we would go in the train to avoid parking issues. As we headed over the Forth Bridge, I took this photo of the Forth Road Bridge. The green arrows are pointing to 2 of the towers the new Forth Crossing which is due to open in 2016. 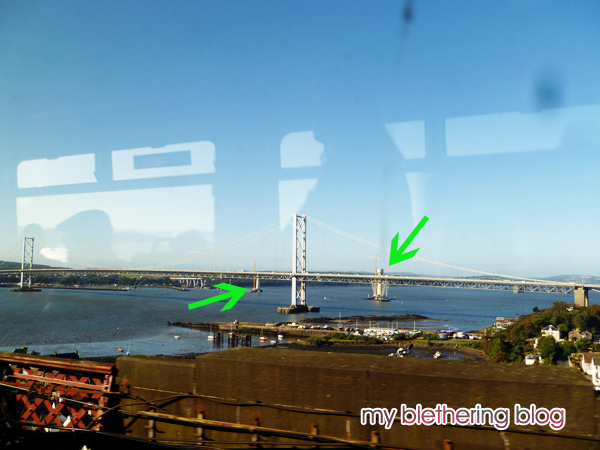 Our destination was The Assembly Rooms on George Street in Edinburgh. We were not disappointed!

My favourite room was the Ballroom. I so wanted to be there in a floaty Georgian dress! This view to the left as you walk in the doors: 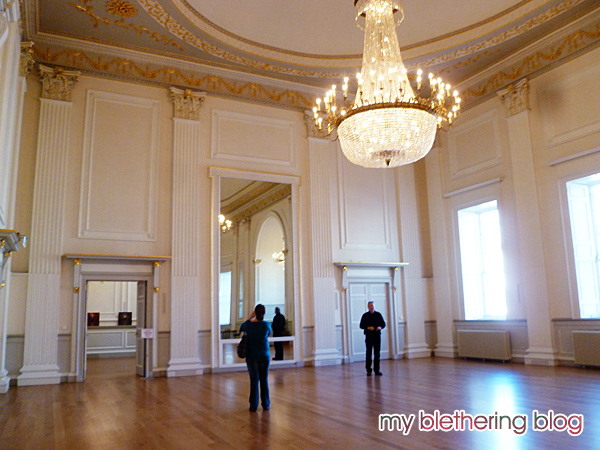 And this is the view to the right. Yes, it is enormous!! 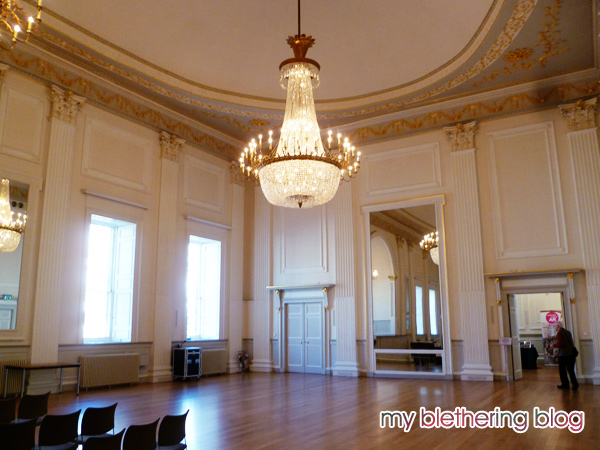 I took lots of photos of ceilings. I can't remember which goes with which room so let's just admire them! 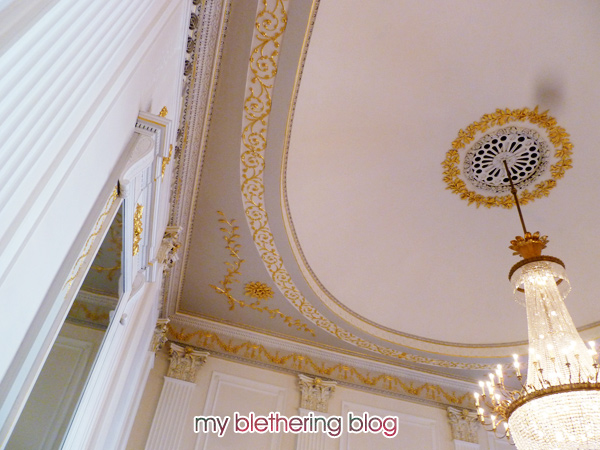 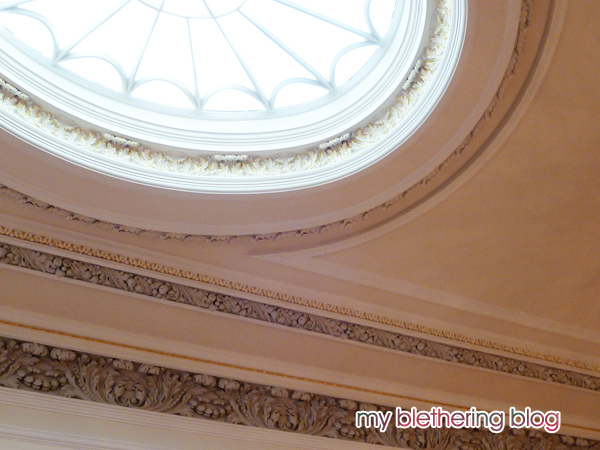 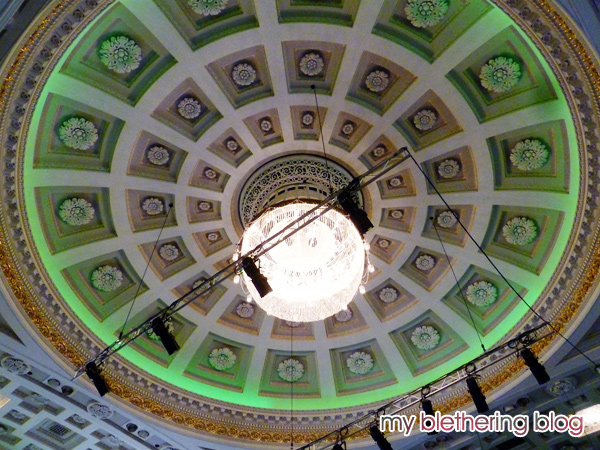 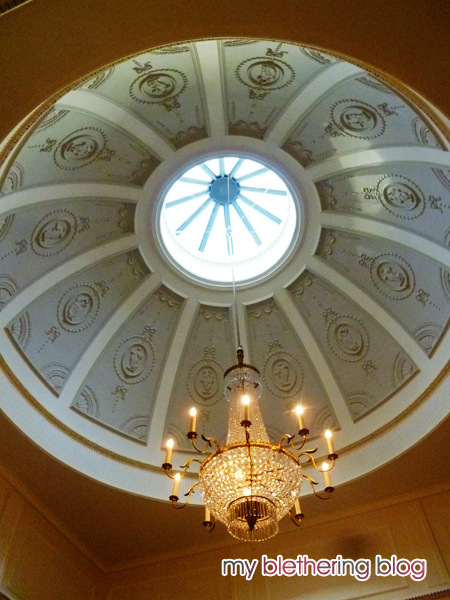 A potted history of the Assembly Rooms. 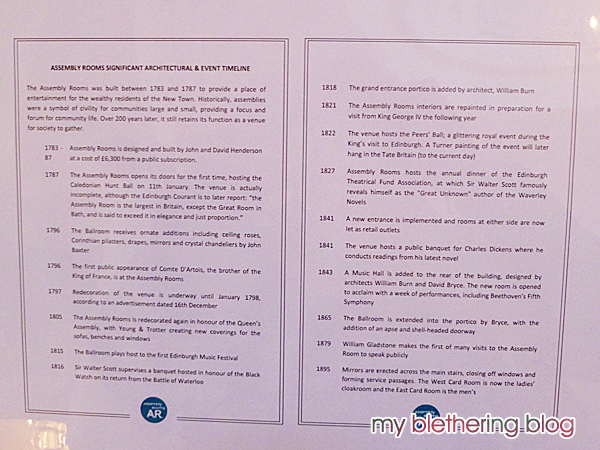 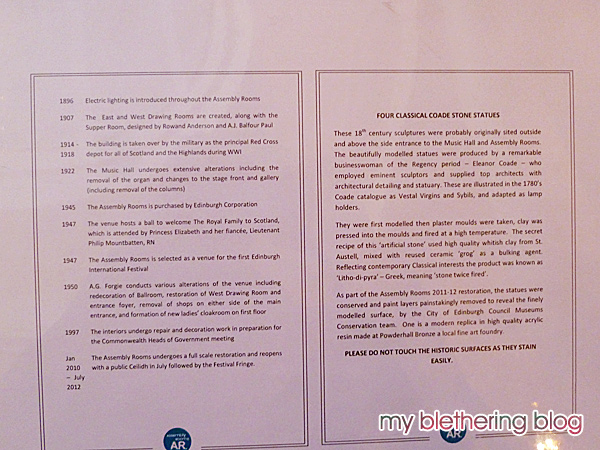 This is the Music Hall: 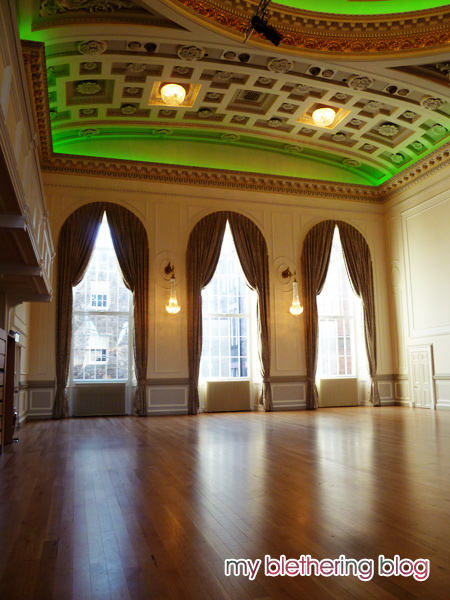 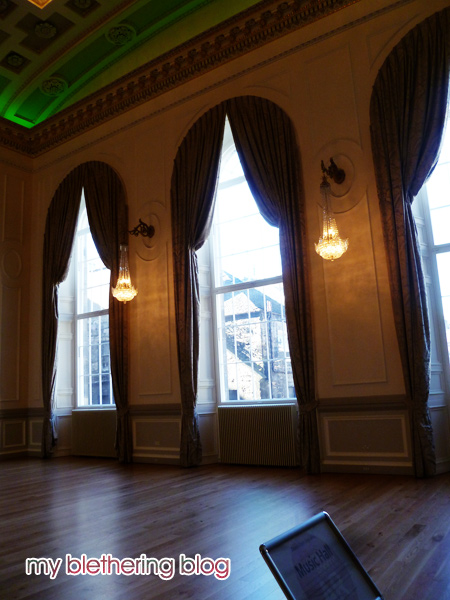 We then took part in a Georgian Etiquette Class. The ladies were given fans and taught some of the language of fans. I don't have any photos of that as I was busy concentrating so that I would know what to do when I attend my next ball in the Ballroom! :oD

The men were given lessons in cravat tying. Douglas did very well - for a first attempt - without a valet! LOL The man behind Douglas in this photo came up from Manchester especially to come to the Assembly Rooms. That's dedication for you! 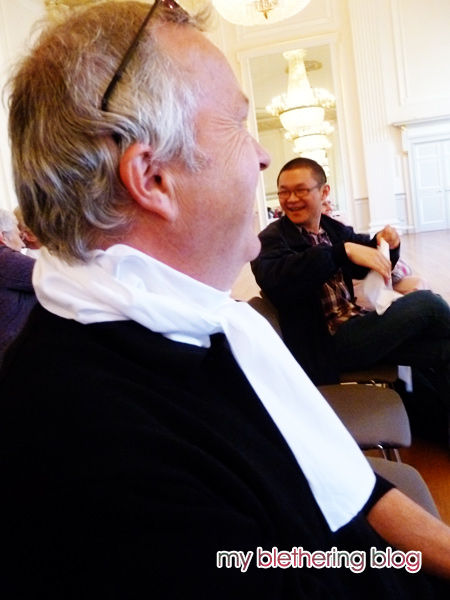 Next several of the audience were chosen to be shown how to get in and out of a coach. Douglas became the Duke of Dunedin (for about 15 minutes!). He, naturally, got the best seat in the coach. 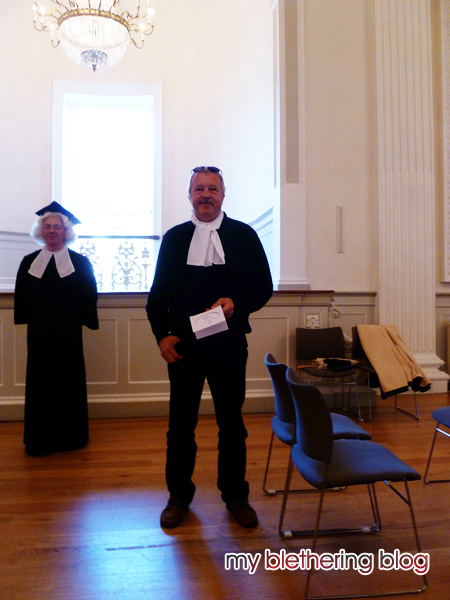 The photo I took of all the participants in the "coach" was so fuzzy, even I didn't know who was who! But I did manage to get a photo of the chap from Manchester in his alter-ego role as coachman and his horse! LOL 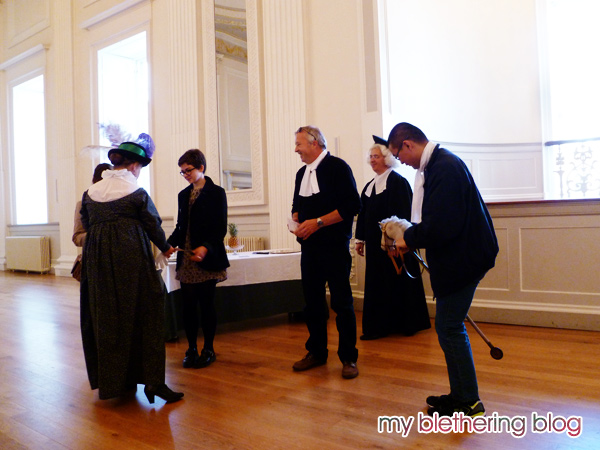 The ladies were taught how to curtsey (no photos of that) and the men were shown how to bow. The man behind Douglas is a bit better at bowing than Douglas but then, his alter-ego was a dancing instructor! :oD

All in all it was a facinating visit and a lovely day out. :o)