I saw an interesting video from the Missouri Star Quilt Company the other week called "Jelly Roll Race! A Quilt Top in Less Than an Hour!" I was intrigued and wanted to have a go myself.

Now, I'm not one to buy Jelly Rolls - I'm too mean to pay nearly £30 for 40 strips of fabric, 2½" wide most of which you can't see what they look like - and I probably wouldn't like a lot of them if I could see them!

So, how could I make this quilt without a Jelly Roll? Why, cut the strips myself from my stash. So I did! I actually cut more than 40 as I wanted the finished quilt to be around 60" square. I think I used about 48 or thereabouts. 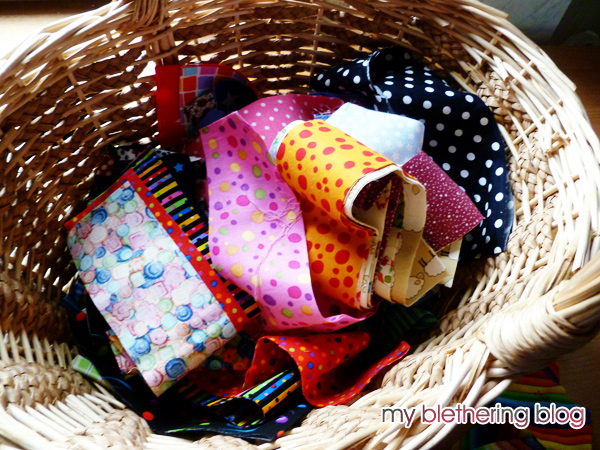 Then I joined them into one long strip with diagonal joins. 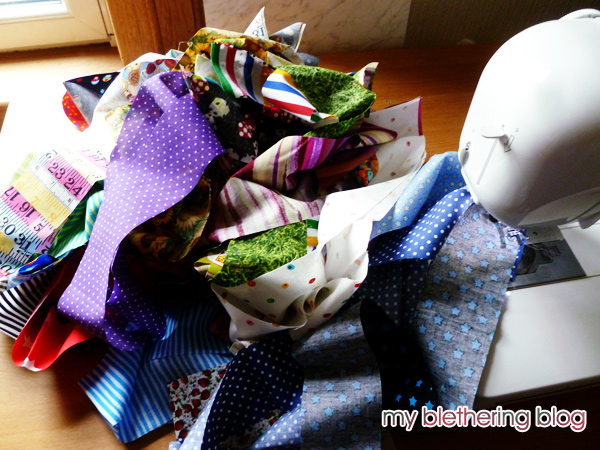 Which meant triangular off-cuts when I trimmed the seams. 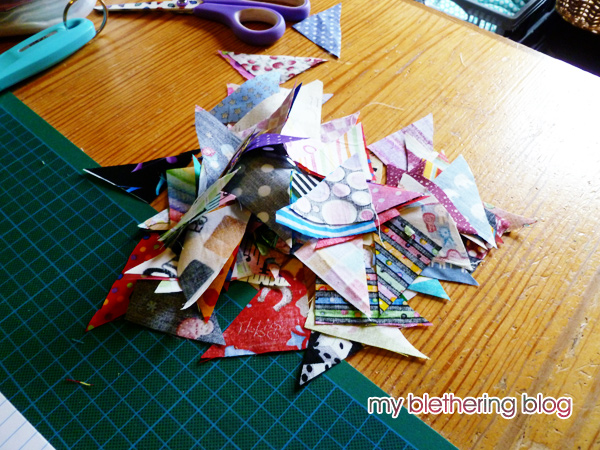 Then I started joining the whole lot together. 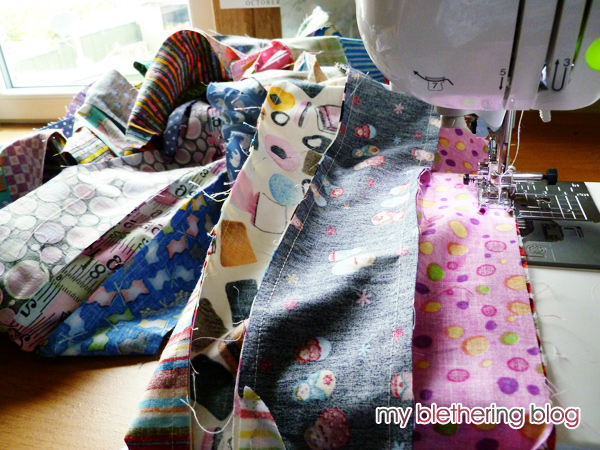 Due to back pain (drat you, psoriatic arthritis, for kicking in when I wanted to sew!!) I had to take it slowly - no "less than an hour" finishes for me on this quilt top. 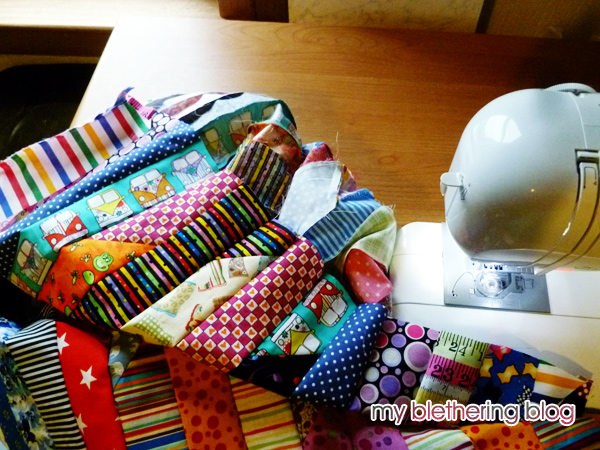 But I got there eventually and then started quilting it. 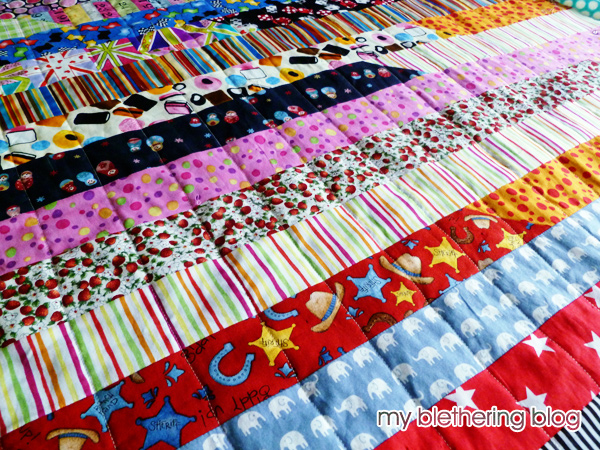 That took me days rather than hours as well but it was finally done and the binding was machine-sewn on the front. Don't you just love the spotty fleece? I do! 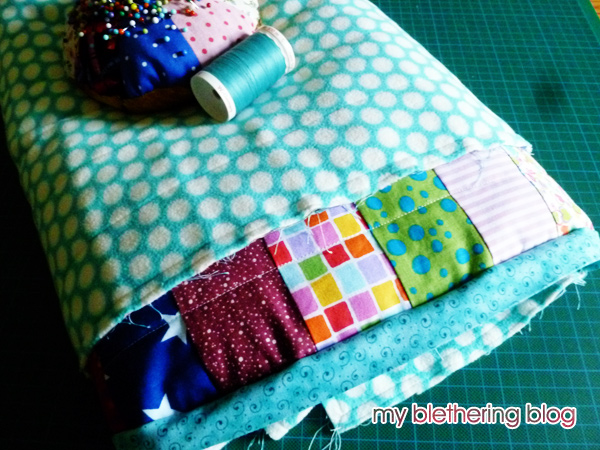 I then took a couple of evenings to hand-sew the binding on the back. And this is the final result. 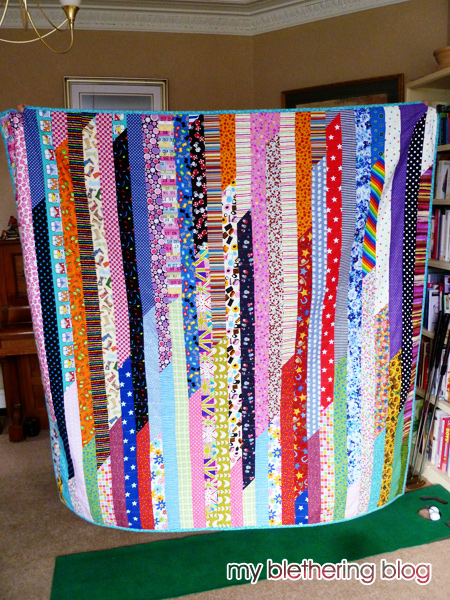 My quilt holder first of all held it up this way. No, turn it the other way! 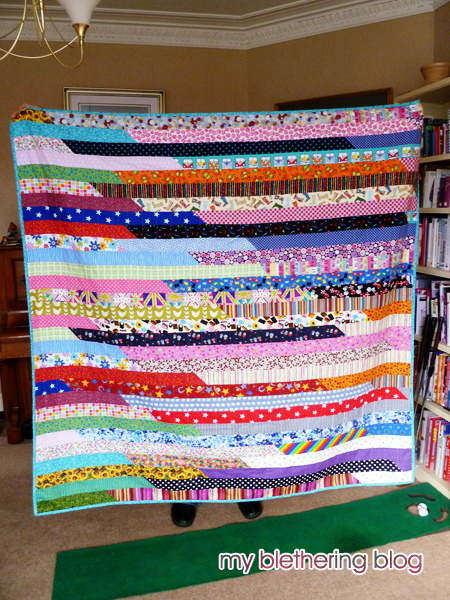 I just love this quilt! 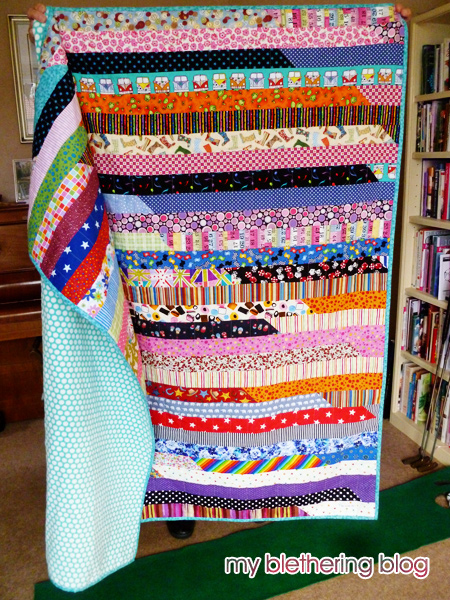 This is for a wedding present. I'm going to put a note in with it that it's not meant to be kept for good. It's to be used for picnics in the park, tents in the livingroom and movie watching on the couch. I hope they like it!