I gave myself a rest from dressmaking the other day and played around making some rings. 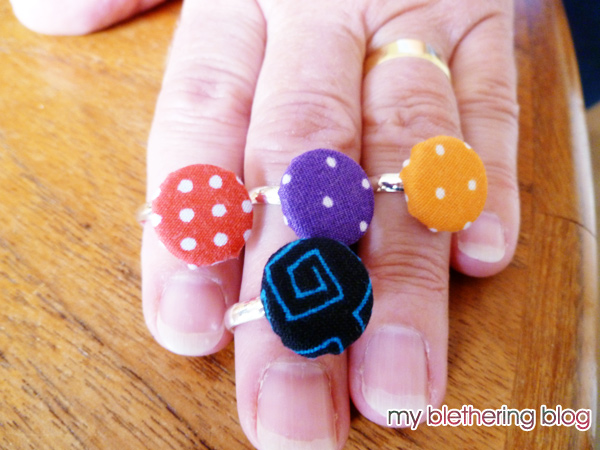 They're made from cover buttons which are glued with hot glue on to ring blanks. As long as you keep your fingers away from the hot glue, it's a fun game!

Then I took some earrings which I'd got on sale - I think from Matalan?? - and cut the stalks off using pliers. (Yes, I was watching Wimbledon on my iPad at the time.) 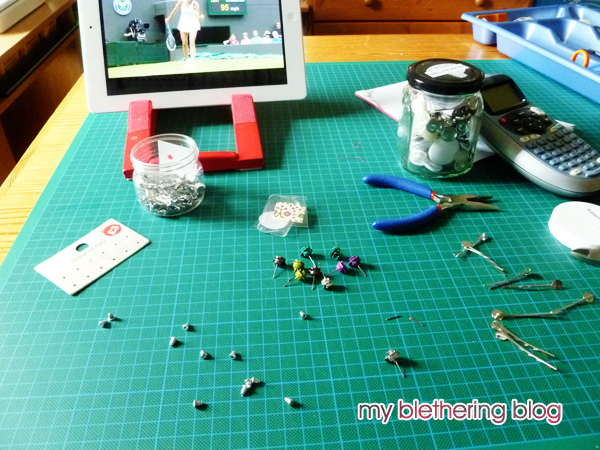 Then I used more hot glue to stick them on to kirby grips with pads on them. 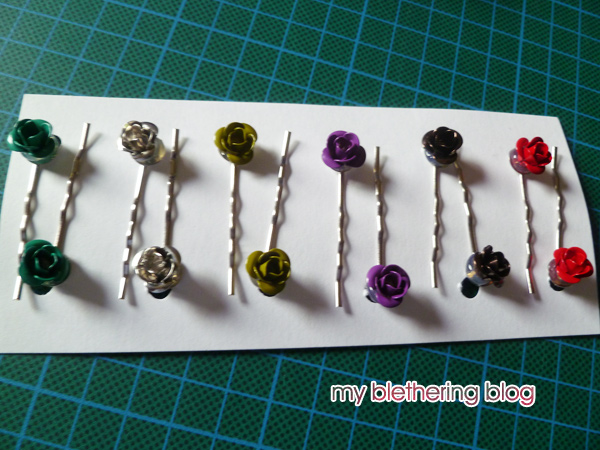 Next I made some more kirby grips with covered buttons and a ring and a pair of stud earrings. 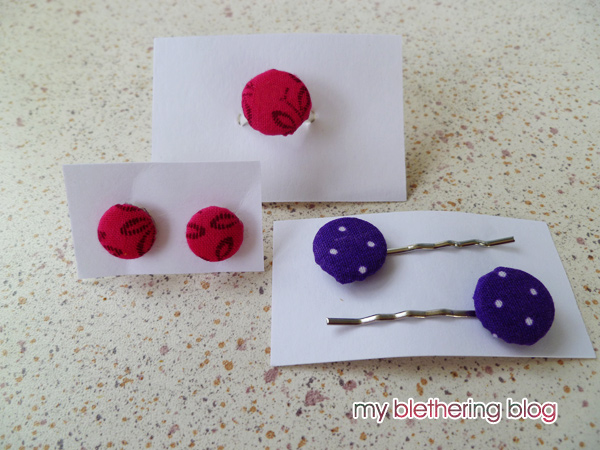 The earrings were made with a smaller size of cover buttons - 11mm. (The ones I used for the rings and kirby grips were 15mm.) 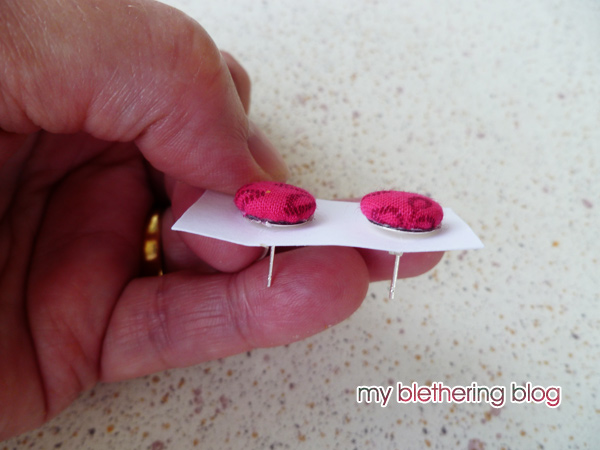 These are a great way to use the tiniest of pieces of fabric from my scrap boxes which I can't seem to make myself throw out. I think I could make them for the next 10 years and I still wouldn't have used up all the scraps! :oD