The top I re-made because it was miles too big for me got finished, worn for about half an hour and then got deposited in the bag for the charity shop. 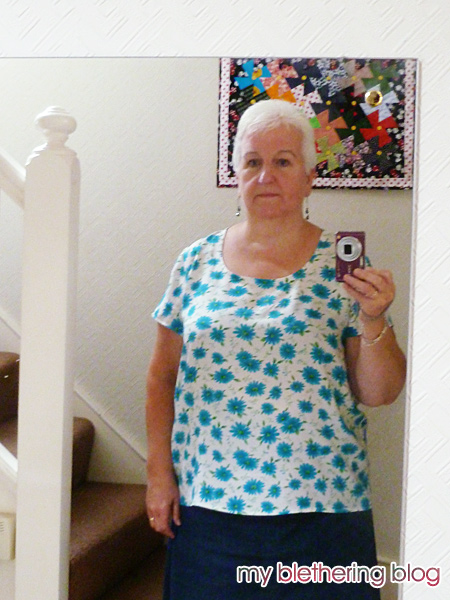 I just don't know what was wrong with it but it just didn't feel good. I blame the fabric - it's a really soft viscose and it moved about all over the place as I was sewing it so it was no real surprise to me that it didn't sit properly. Anyway, it's destined for the charity shop where someone will hopefully buy it giving money to a good cause in the process. 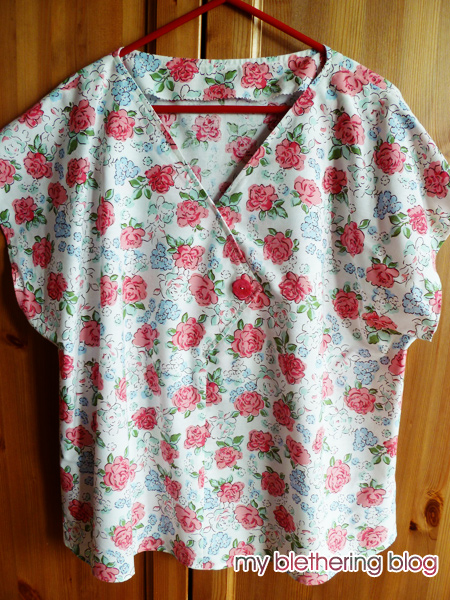 I made this Afternoon Blouse a few weeks ago but never blogged about it - no idea why. This is another duvet cover from Asda's. I think this one cost me £10 but, for 4 metres of fabric - 2 metres like this and 2 metres of a white with turquoise spot - that's an amazing price!

A close up of the button. 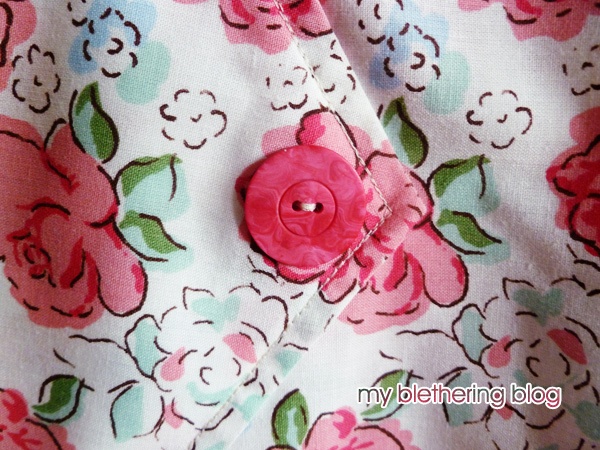 And yet another Afternoon Blouse which I made just after the one above. I top-stitched it with white thread because I didn't have a good enough match in my masses of threads and didn't want to go and buy one just for the top-stitching. 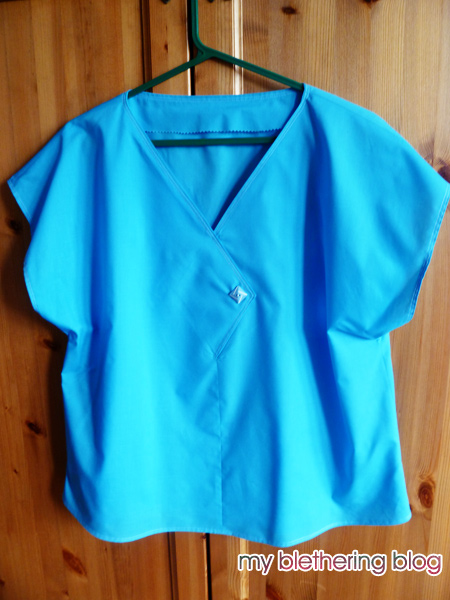 The white thread actually fits in perfectly with the button I chose! 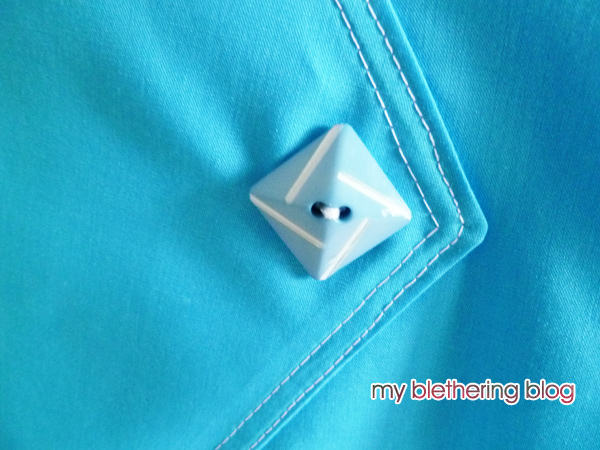 This is my next project in the dressmaking part of my sewing life. I've had this pattern since the 1990s and made it back then and decided, after making my dress with the princess seams, that it could be something I might wear now - albeit in a bigger size than I made back in the 90s. I'm going for the shorter version this time but I'll lengthen it by about 3" so it's a similar length to the dress I made. 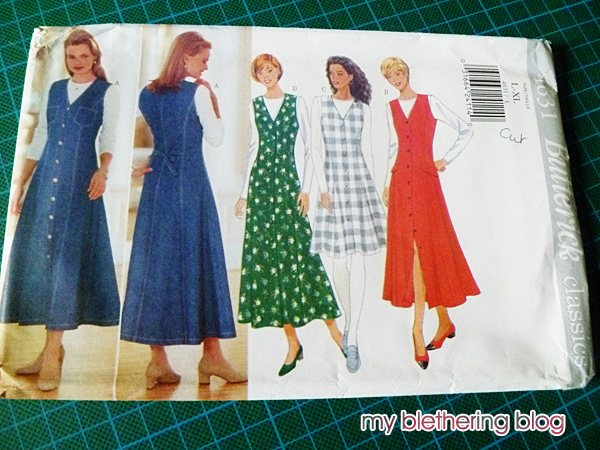 I went to my local fabric shop and was disappointed to see that their denim was £9.99 a metre. The dress takes nearly 4 metres so that was a non-starter. No way was I paying £40 for a denim dress. I decided to do a search on eBay and found a lady selling a 5 metre piece of denim at a tremendous bargain price of £9.90 - yes, for the whole 5 metres! Okay, I had to pay £12.90 postage but that's only fair. I mean, 5 metres of mid-weight denim weighs a lot so I was delighted to win it. 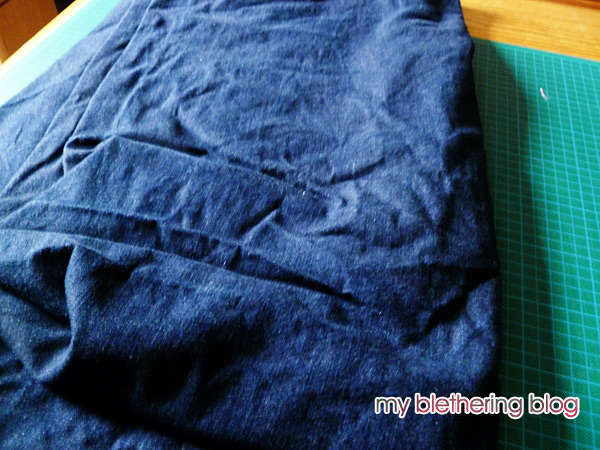 I had to cut the piece in half to pre-wash it - I couldn't get the whole piece to go in the washing machine! It's now washed and dried and ironed and waiting for me to get it cut out. Soon, I hope.

In the meantime, over the last few days, I've done a massive amount of cutting out of pinnies and shopping bags. In total there are 28 pinnies cut out: 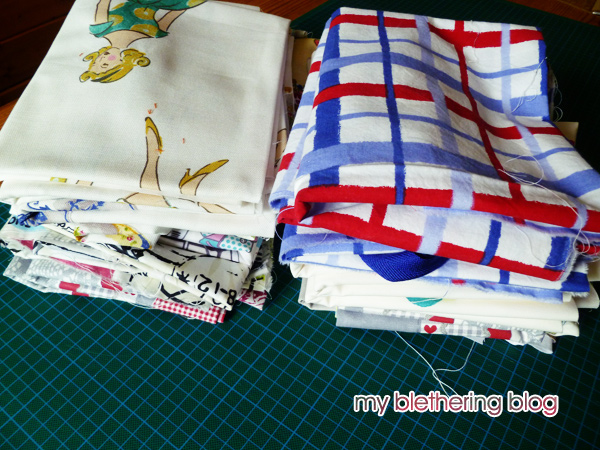 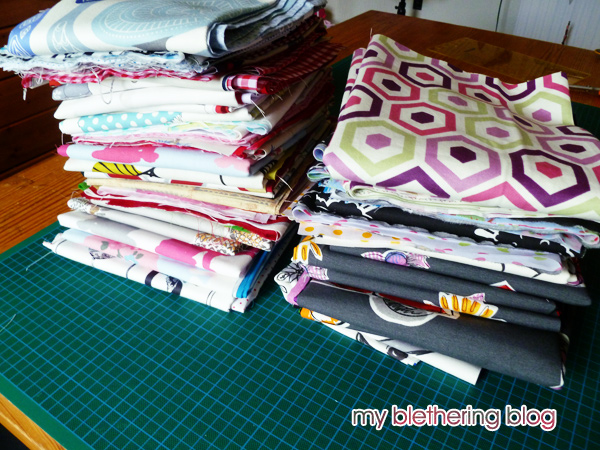 And 15 grocery bags - just another shopping bag but a slightly different pattern. 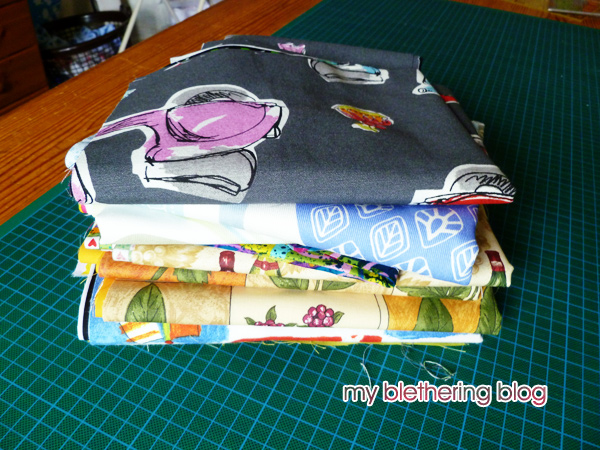 My cubbies look decidedly depleted but that actually makes me really happy. I've cut up fabrics that have been sitting there for months, if not years. I've used fabrics for the linings of the bags that have been sitting there just as long, if not longer. It's a great feeling to have all those bags and pinnies cut out and ready to sew but it doesn't mean I'm going to do them all in a rush. No way. After all, I have that denim dress to start first. And a red skirt to make for my mum. And another Afternoon Blouse cut out and another 2 dresses planned. :oD