I've had a very enjoyable week of dressmaking this week. First of all I made myself a top which is called the "Afternoon Blouse". I got it here. I used some button fabric which I had in my stash. I LOVE it! 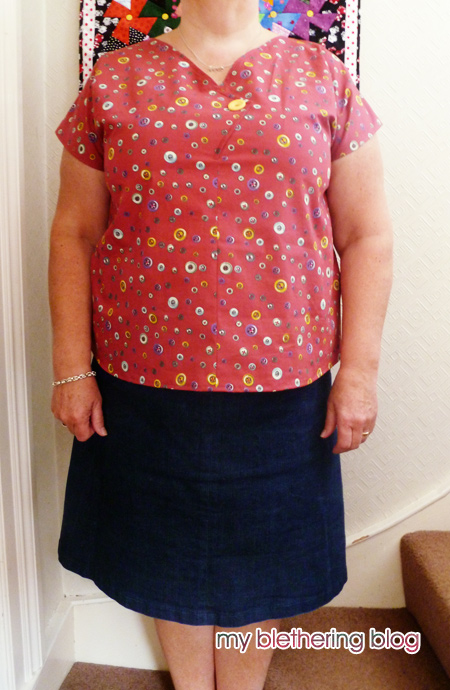 I thought the button - from my stash - was very appropriate! 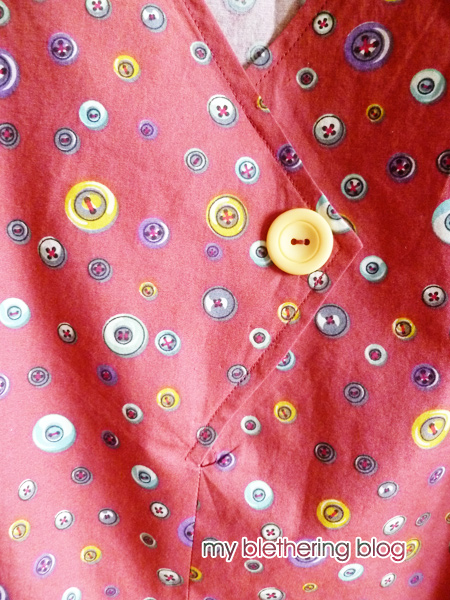 Then I made a couple of skirts. They were both made from the skirt pattern I made way back in February 2012 from this book: 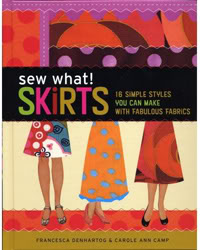 I had to take it in a wee bit - yay!! - but, other than that, everything else was the same. First I made a red one. 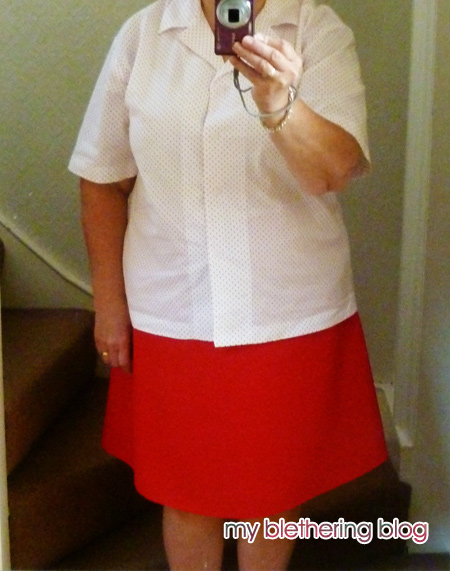 Then I made a blue one. They've both been worn several times since I made them. 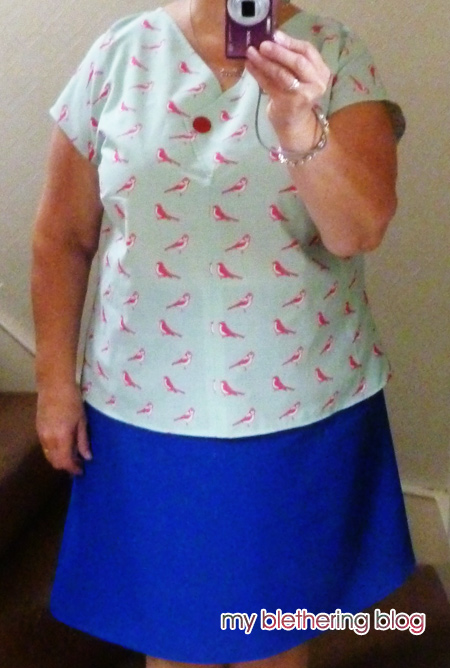 And you might have noticed my second version of the afternoon blouse there. I love this fabric too. I got it last week in Asda's. No, Asda isn't selling fabric now - more's the pity! - but it does sell duvet covers. The fabric is polycotton and, as long as front and back are the same, you get 4 metres of fabric (54" wide) out of a single duvet cover. It cost me a tenner. Can't beat that!

I wish I'd thought of the placement of the birds on the centre front seam but, I didn't think about it and the teeny bits of birds heads I've managed to decapitate (woops!) won't stop me wearing the blouse so it's all good. 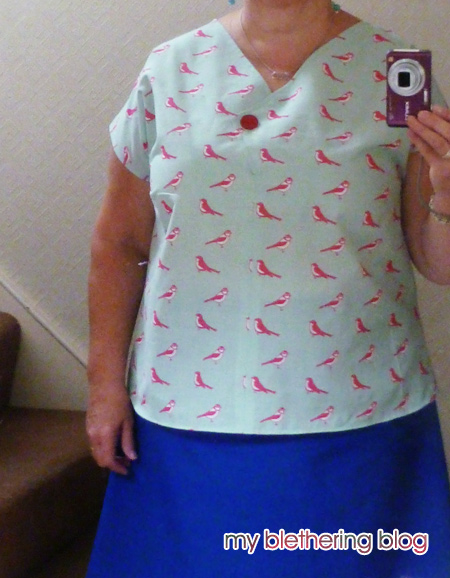 I don't know what's in my sewing plans for this week - we'll just have to wait and see what jumps on to the cutting table tomorrow. :o)