A week since I blogged? Really? So what's happened this past week?

Douglas had a birthday so we had sandwiches and cakes for tea that night. 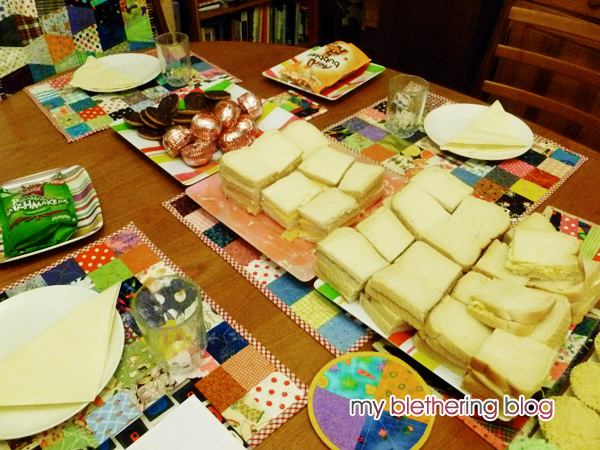 Joanna made him cakes in the shape of a golf course complete with a fairway where the ball is, a bunker and green with a flag. Genius! And it tasted great too! :o) 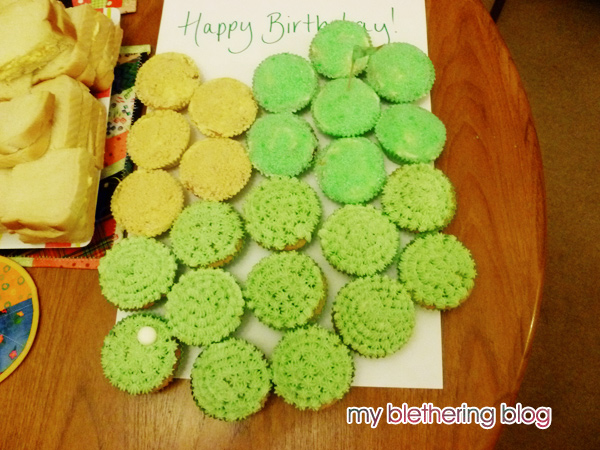 Tilly was at last allowed out for walks so we took her to the beach. The tide was coming in (fast) and she wasn't really too impressed by that fact!

Douglas tried to reassure her that all was well but I'm not sure she was convinced. (I'm not sure what Joanna is doing here. I don't think Joanna knows what she's doing here! LOL) 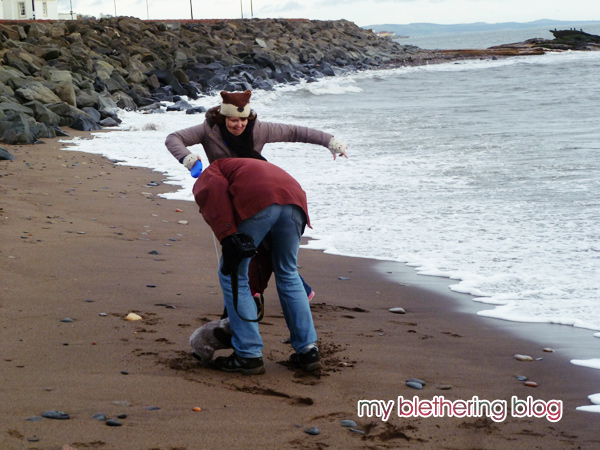 We went up off the beach on to the higher path which she liked a lot. 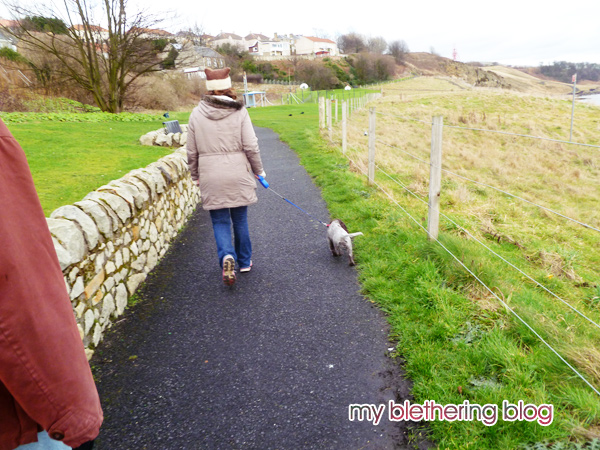 She went as far as her lead would let her. 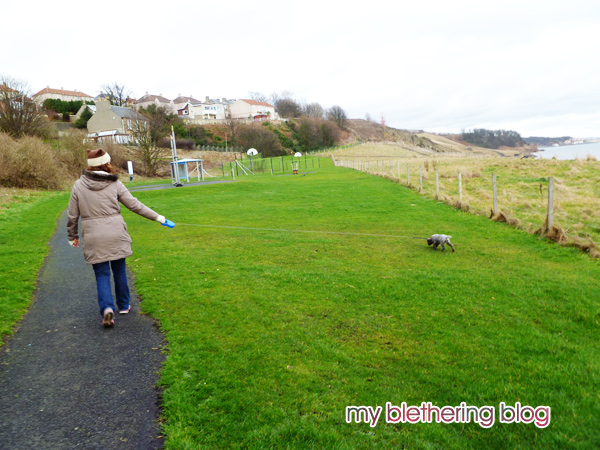 And had stops along the way just for a wee breather. 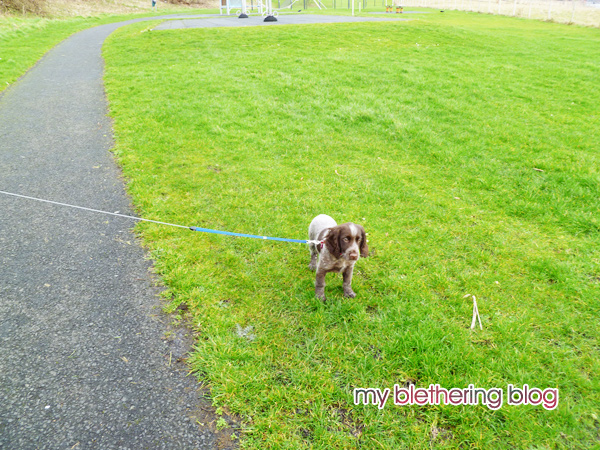 She's now been at the park too but I didn't take my camera so no photos of that. She enjoyed that tremendously and even met some big doggies there. Fun times!

As for me in the sewing room - I've done a bit of tidying and mending and other boring bits and bobs. Then I got myself a piece of squared paper thinking I might draw out a pattern for a quilt. 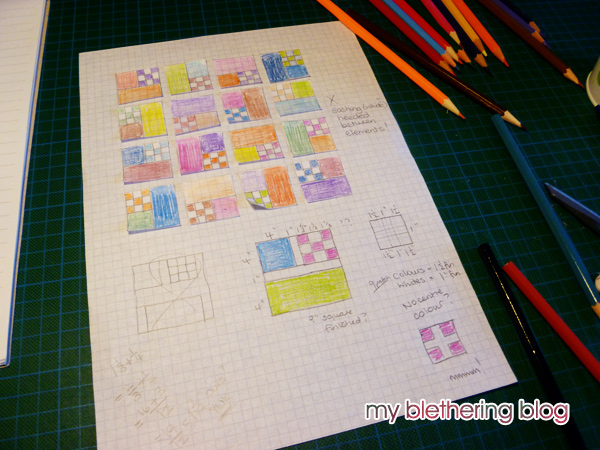 It's not nearly done yet - the way I've got it right now, the ninepatched bits will need to be 1 7/12". That's just not going to happen so I'm going to rethink those measurements until I have something I like - or at least something that I have on a ruler!