I've been really busy today taking what feels like hundreds of photos of stuff to get loaded into the tartan bee shop. I've got to crop all those photos and then write descriptions of all the stuff - a long drawn-out process and nowhere near completion.

To give myself a wee break from that, I thought I'd show a couple of photos of things we've grown - and eaten. First of all is an apple which Joanna grew in her garden. 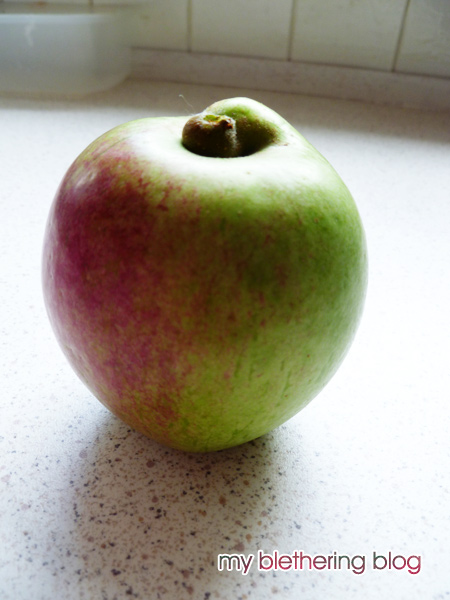 She said it was the only one on her tree but, if you're only going to be able to have one apple, you might as well make it a good one! It was delicious! Tart and juicy and just what a homegrown apple should taste like!

And next a few potatoes which we grew. 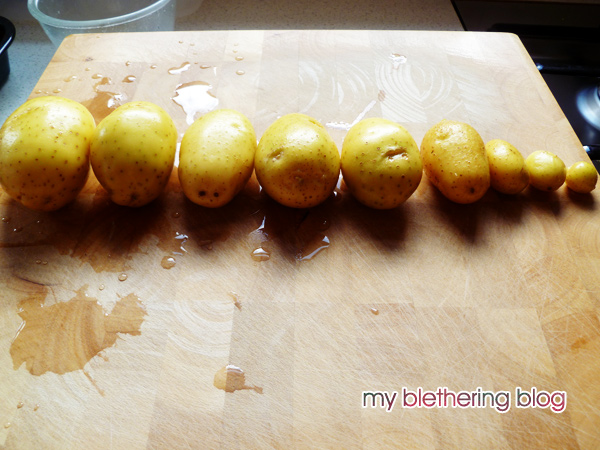 Douglas planted the seed potatoes in a potato bag and this is what he pulled up last night. We had them with our salad and, boy, they were good. Plenty more to come which is fab!

We also have some tomatoes and peppers in the shed which are beginning to turn red and the raspberries are still producing a few fruit here and there. There are carrots and a couple of cucumbers which should be ready soon. Homegrown food really tastes so good! :o)