I made a blouse for Debbie's birthday and I couldn't show it here before the day because it would have spoiled the surprise. Here it is: 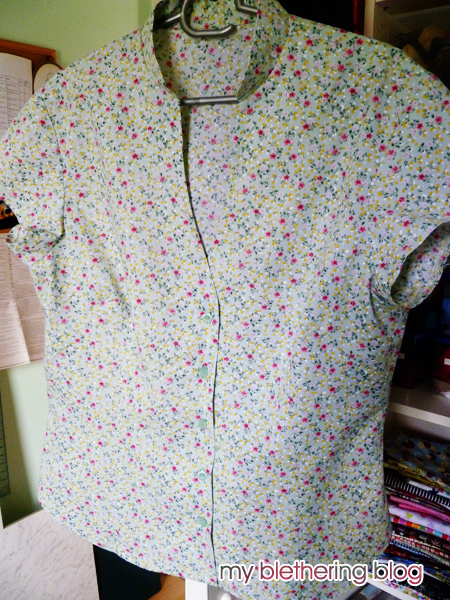 This one shows the colours a lot better and the cute wee buttons! 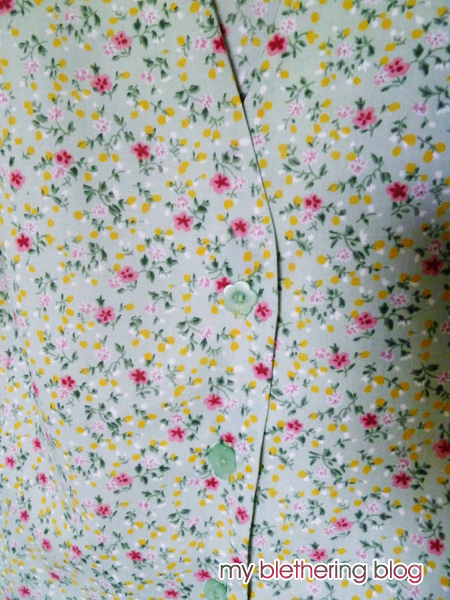 The pattern is this one. 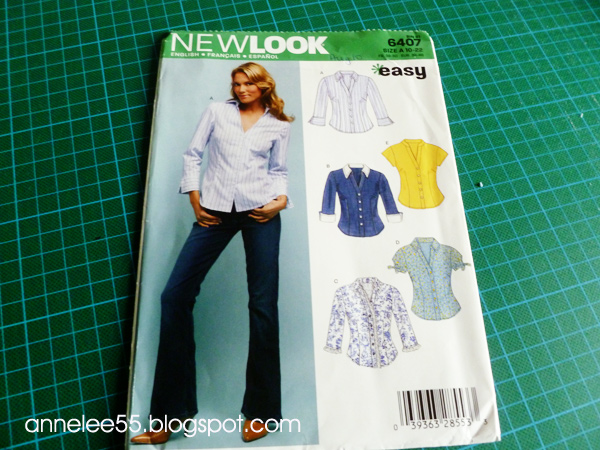 I've made it several times for Joanna and once for myself so I can (almost) make it with my eyes closed. It's been a well-used pattern!

Debbie had her new blouse on today and it fits her beautifully although it could do with being a wee bit longer. Apparently, she had to wear a tee shirt under it to stop herself bearing her midriff. See, that's what happens when you're tall. Not that I would know. I've been the shortest in this family since Joanna was about 12. *sigh* :oD

This afternoon I cut out a new top for myself. I messed around with the sleeves piece in the hope that they'll fit on the first attempt. If they don't, I'll just make the top sleeveless! :o)