On Saturday, it was really warm here so I took my basket of oven gloves outside. 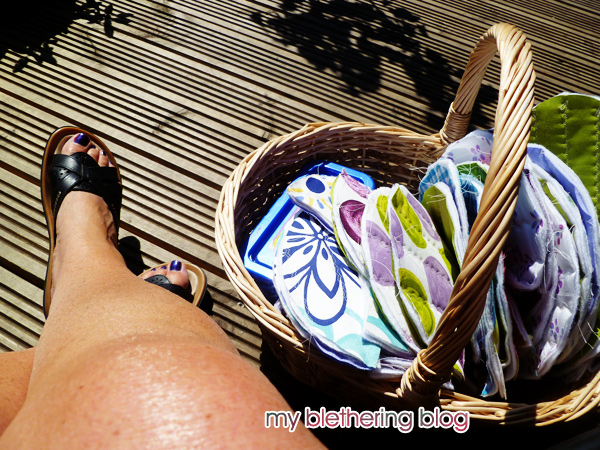 I had a lovely time out there pinning the labels on. 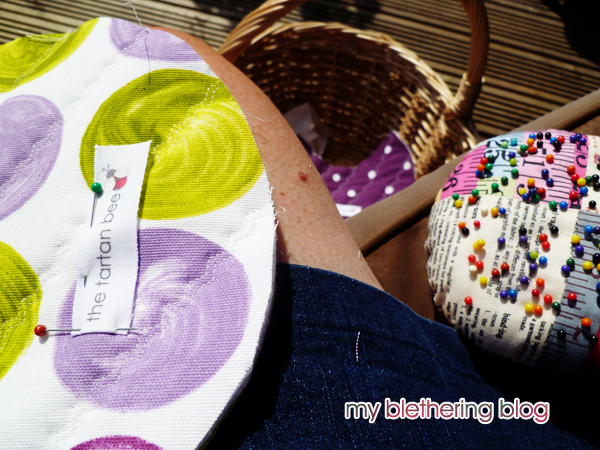 Today - Monday - we had our usual east coast haar* going on so no sitting outside for me. I just got on with the oven gloves in the sewing room instead. I have a sort of production line going on so I'm doing the same stages for all of them at one time. It does make it feel like I'm not getting on very quickly with them but I keep reminding myself that, when I get to the last stage with them, they'll all be done at once. Yay!! 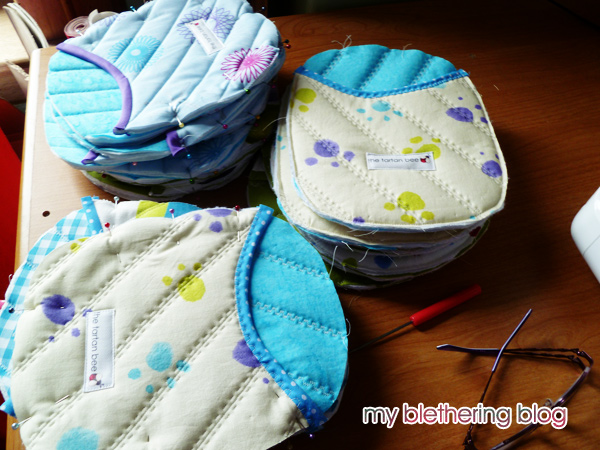 After watching our Andy win Wimbledon yesterday - c'mon the Scots!! :oD - I wondered if we still had our swing ball and, sure enough, after digging in Douglas's Aladdin's Cave - aka the garage - we found it! So Jo and I had a few games until this terrible thing happened to me. 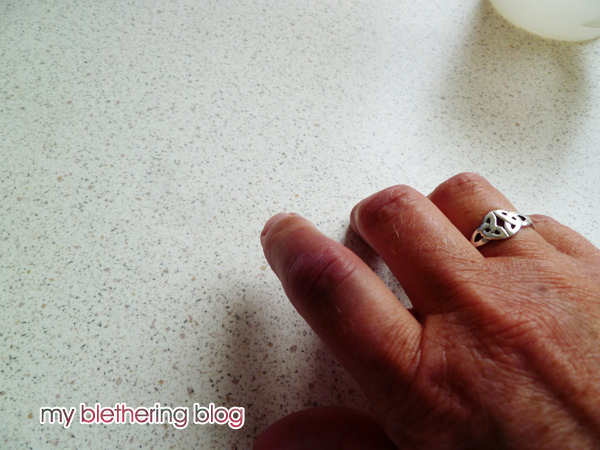 I don't know if the bruise shows up very well here but it's quite impressive. Jo claims it was my fault for hitting the ball with my finger but, hey, who batted the ball so hard in my finger's direction? :oD

* "Haar" is fog which rolls in off the North Sea coast especially in eastern Scotland and the north east of England.

Editing to say - my finger looks bad but it doesn't hurt at all. I can press the bruise and there's no pain whatsoever. Thankfully!