I decided that, rather than start the sewing of the 14 bags I cut out on Monday, I'd just keep going and cut out more.

I cut out another 7 yesterday - 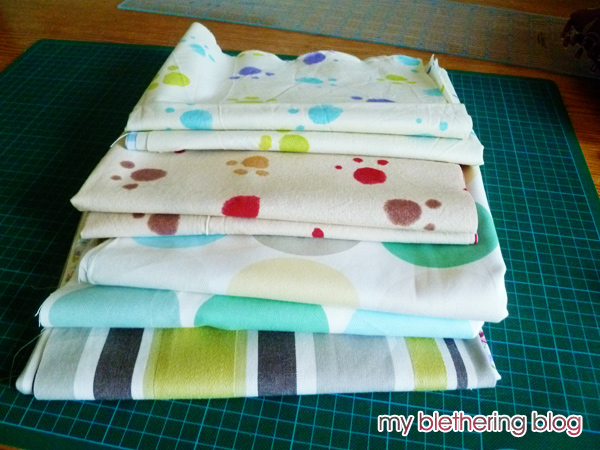 ... and one more this morning (in a crate with all the others I've cut out) - 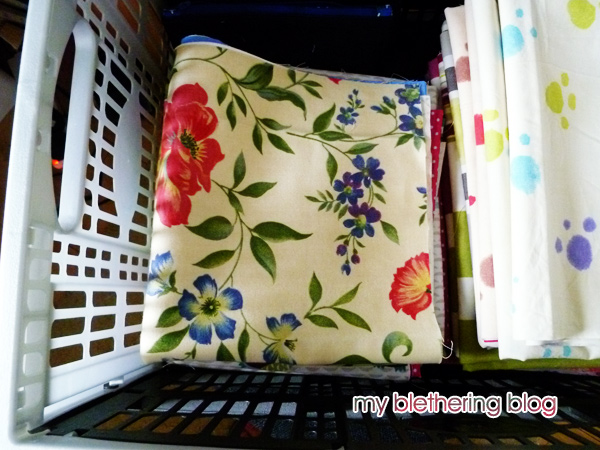 Then I got the idea that, since I was enjoying the cutting out so much, I would cut out some oven gloves as well. I had a whole crate of wee bits saved for making my round oven gloves so I dug through it and got started. Some of them needed new bias binding made so I did that as well. 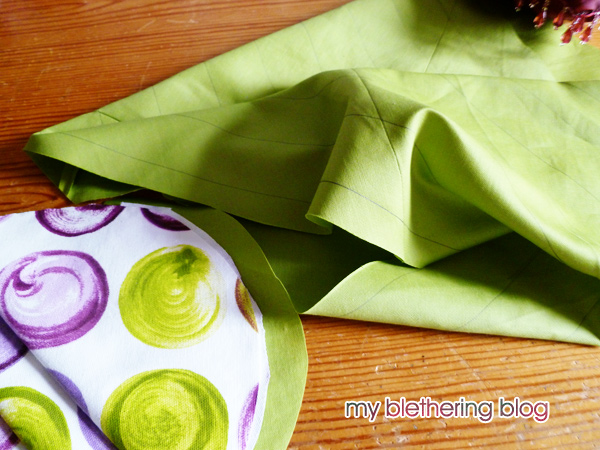 I then decided I'd like to make another kind of glove. A bit like the round ones but more rectangular so out came the paper and, after a few re-cuts to get the shape the way I wanted, I had my new pattern made. 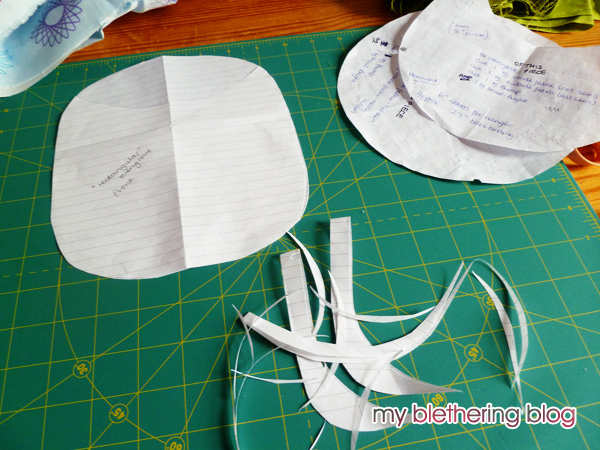 So, of course, I then started cutting out some of those too. By the end of the day, I had cut out 28 oven gloves! Wow!! 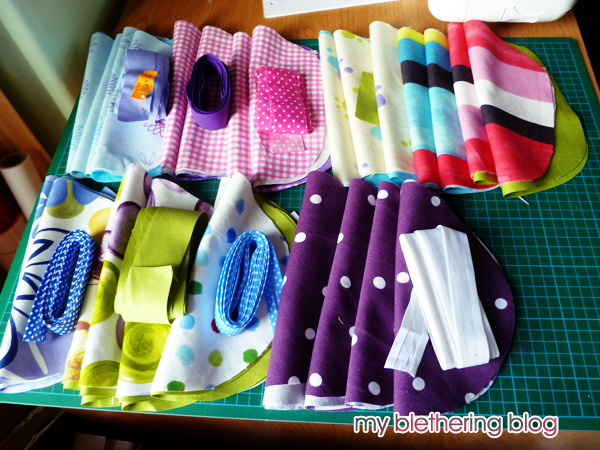 Now I need to cut out the wadding and the InsulBright to put inside them. 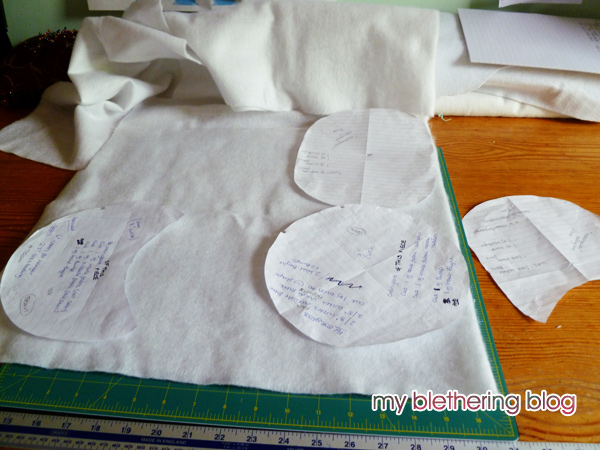 I'm really enjoying this cutting out spree so I'm just going to keep going with it. I'm not saying I'll sew all of these things up in one go - I know myself well enough to know that's not going to happen - but, when the sewing urge takes hold, I'll have a whole pile of things ready to be made. Fun! :o)