I did some odd sewing the other day. 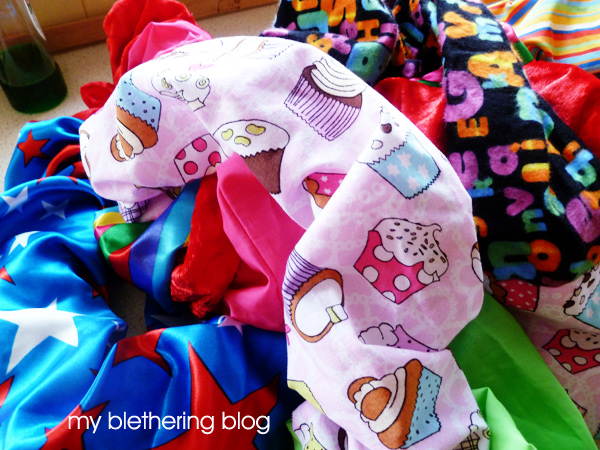 I took it with me to choir last night and we agreed that it's still needing more fabric added so I've got it back home with me to add more.

The next odd sewing was to open up a pyjama top of my mum's so she can wear it. She's not able to pull on and off jumper type tops so easily nowadays (she's 84 years old) so I offered to cut the top up the middle and add buttons. I used buttons on a shank which had a bit of a pointy dome on them in the hope that she'll be able to manipulate them. 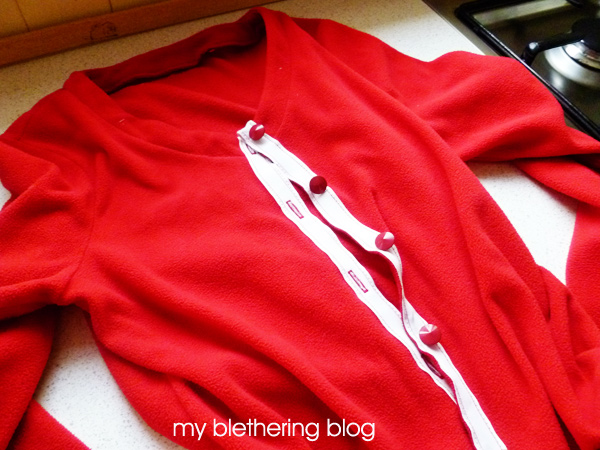 I kept with my "use what I have" project and used ribbon out of my ribbon drawer to give the fleecey fabric some body to be able to take the buttonholes and buttons. The buttons came from my button box as well. Go me! :o)

The last thing I have to show you might well turn into an oddity as I'm kind of making it up as I go along. I want to crochet myself a hat out of the same yarn I used for my gloves which I showed here. I started off making a circle and then, after 7 rounds of increasing, I started just going straight. So far it looks like it might be working but it's early days yet. We'll hold judgement until it's finished. 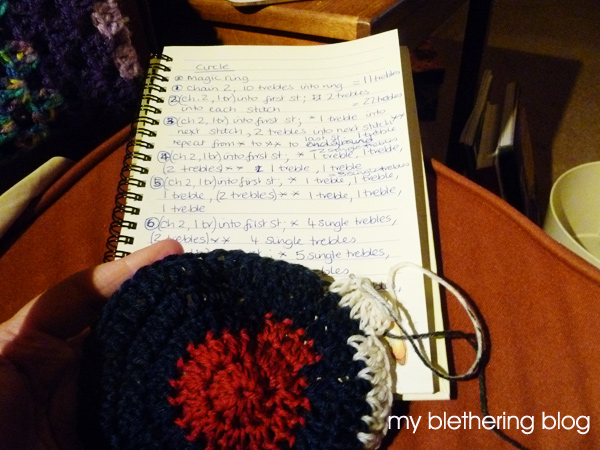 I have a scarf which I crocheted out of the same yarn just before Christmas but I can't show you a photo of it because I think I left it at choir rehearsal last night. I can't find it anywhere and I definitely went out with it on. It closes with a button so it won't have fallen off so the only thing I can think of is that it's dropped off my seat. Hopefully someone will have picked it up and will bring it next week.