Douglas and Debbie and Molly went out for the day today so I was left alone with Rosie. I was determined I was doing none of the washing/drying that has been my life since Debbie came and I was going to spend some of my day sewing something ... anything!

First of all I started making up a pattern for a shopping bag. 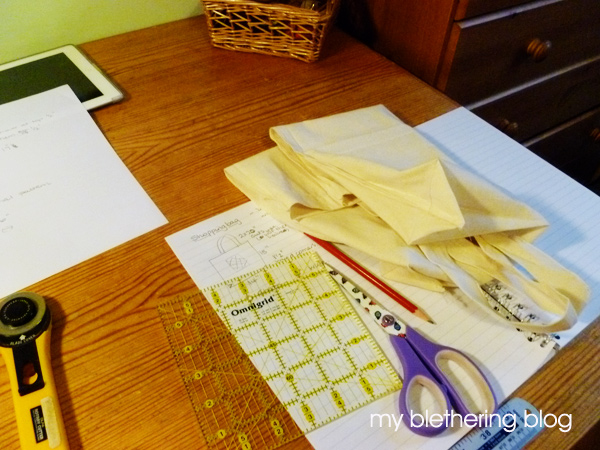 Then I remembered that I had bought a blank calico shopping bag when we'd gone to Hobbycraft a few months ago so I dug it out (it was well buried under lots of other things!) and decided that I would make an outside cover for it using the bought bag as the lining and handles. This is the outside of the bag waiting to be sewn.

And here's the finished shopping bag. I like it! :o) 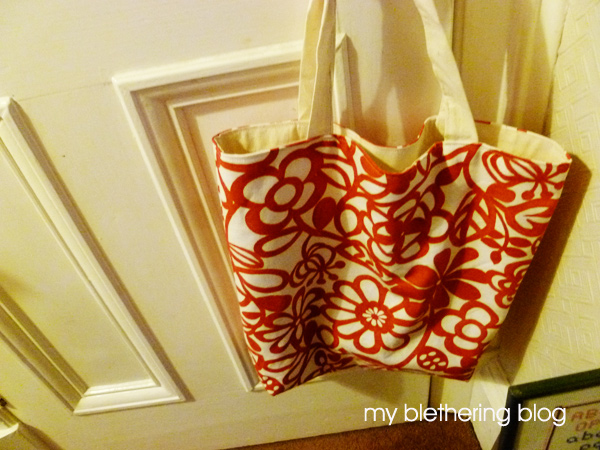 I then started overlocking 6 pinnies which I had cut out last week - or maybe it was the week before. 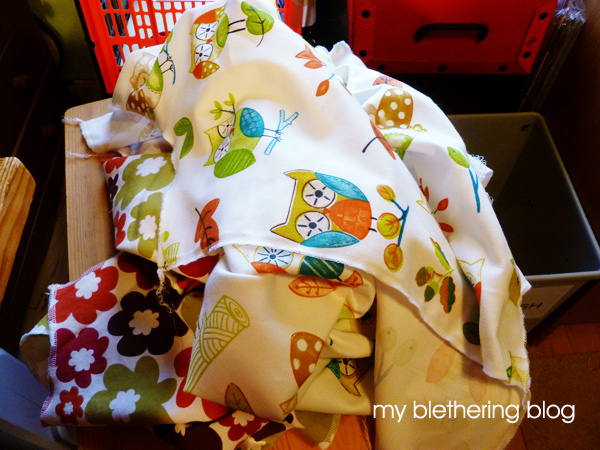 I got all 6 of them to the stage where they just need neck and waist ties sewn on - no photo of that stage. If I get back to them tomorrow, I should get them all done fairly quickly.

Another thing I did was look at and plan what I was going to do with my new Twister tool which I had bought with some of the money I'd made from the tartan bee. 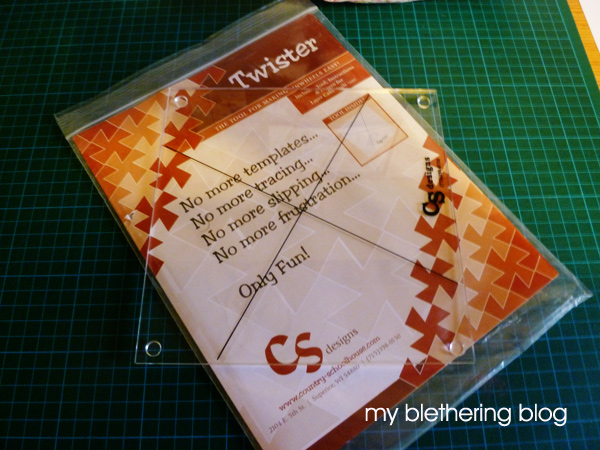 The pattern called for a layer cake or 32 x 10" squares. Now I don't buy layer cakes - to be honest, I think they're expensive and I'd rather choose my own fabrics than be lumped with ones that I don't like. Having said that, I do have this layer cake which Joanna bought me last year. I think it'll make a really interesting Christmas quilt. Am I starting things too early for Christmas? Naw!!! :oD