the silliness of me!

I did have to re-boil the jam I made on Monday as it was most definitely not set - by any stretch of the imagination. It was so runny it was almost comical. So, after a re-boil, this is how it looks now ... 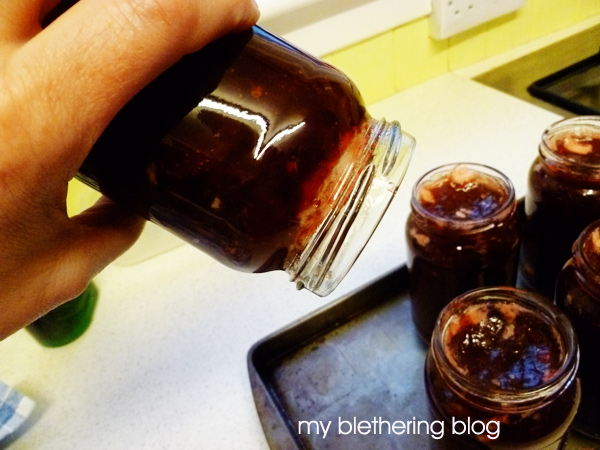 Now that's definitely NOT runny! It does spread nicely though and tastes delicious so it's all good!

I spent yesterday making a pattern for a black skirt for my mum's Christmas. She'd given me one of her favourite skirts to copy so I used that as the basis of the pattern. 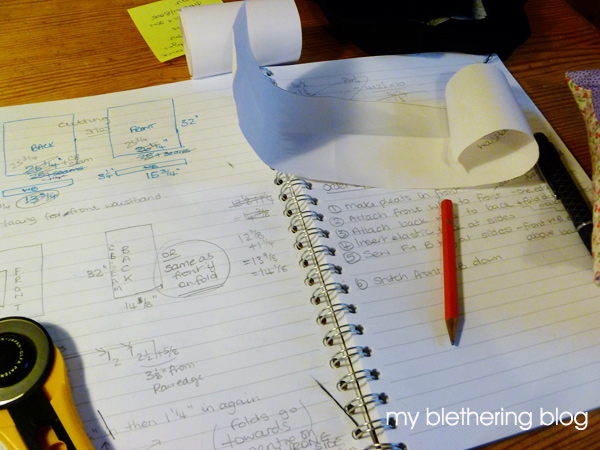 I'm really happy with the way it's turned out so I hope it fits her and that she likes it! We'll find out soon enough, I suppose! 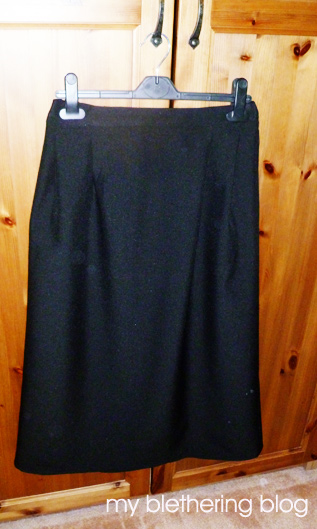 Now to the silliness of me. I decided that, since I'd finished all the sewing for presents that I was going to do, that I'd make myself a pair of Christmassy oven gloves. I went through my pile of fabrics and cut out one that I liked. 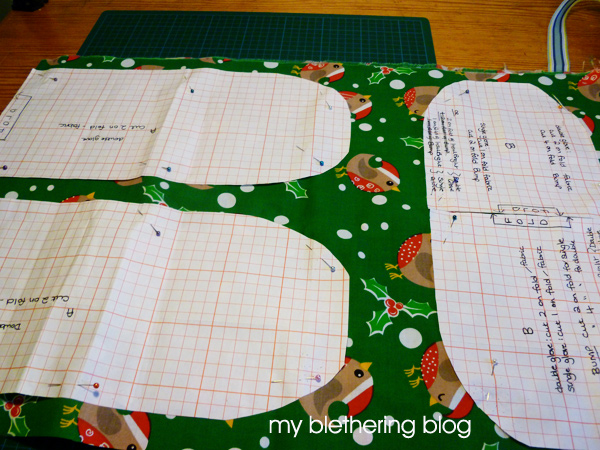 Did I stop there? Of course not! Before I knew what had happened, I'd cut out 3 pairs of double gloves AND 3 round gloves! Honestly! What am I like? LOL 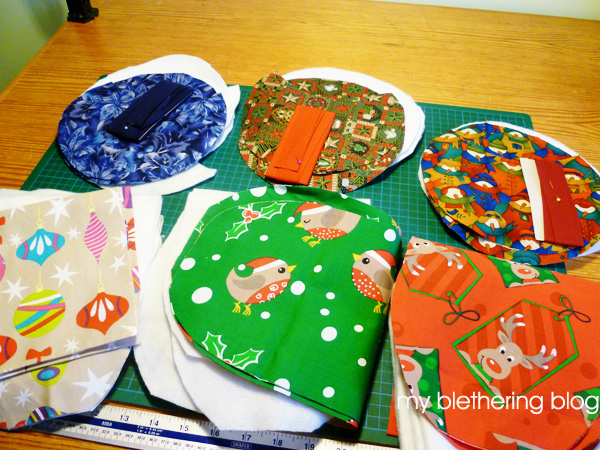 Anyway, I set to sewing the round ones together and, not content with just having them plain, I decided to quilt them first. Like I said already - what am I like?? *eyeroll* 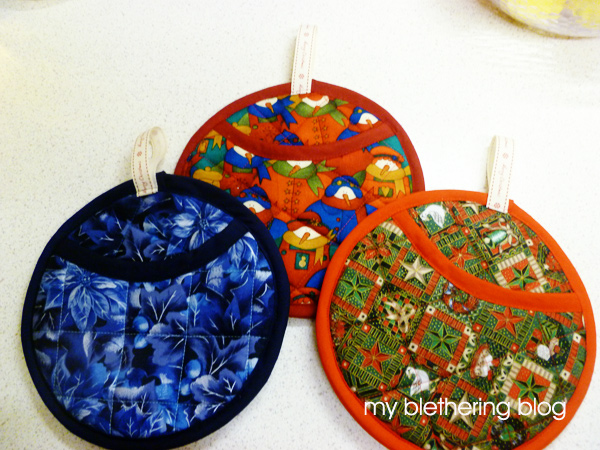 I made good use of stuff I already had in my drawer - I couldn't begin to guess how long I've had that bias binding. I'm absolutely certain I flitted it down here from Inverness in 2000 - and it wouldn't have been new then!! 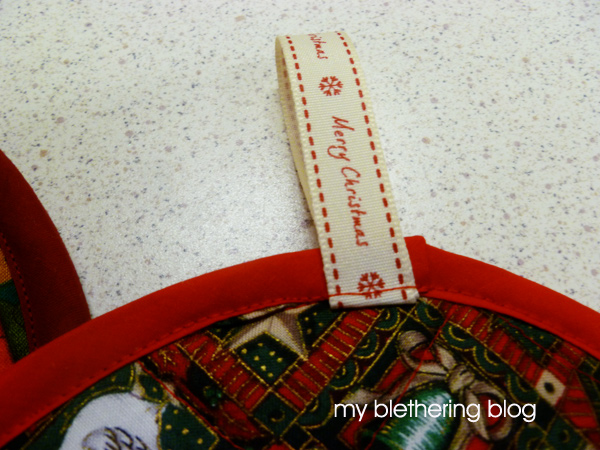 - was on an early present we got from one of our neighbours yesterday. She'd made us some sweeties (candies) and had told us to open them right away and eat them. She's going to Tenerife tomorrow for Christmas so she had to make her gifts early. I'm glad she did as it meant I got to use her ribbon on my new oven gloves. There's still enough left for the 3 double gloves that I'll hopefully make tomorrow. I wonder if that's all I'll make or if I decide I need more? :oD