a quilt for baby Emmy

I had another present to make for a new baby girl - Emmy - and I just kept putting it off. Why? Well, to be honest, I just didn't want to make another owl. I wanted to make a baby quilt instead. So, what was the problem with that?

Well, Emmy is the second baby in the family and I made a quilt for the first baby - Lucy - when she arrived. Anyway, I'm sure Lucy would rather Emmy had her own quilt rather than have to share her quilt with her new baby sister. I talked it over with Douglas and he said to make the quilt - much more useful than an owl! So that's what I'm doing.

Here are the 169 squares I cut out yesterday afternoon and this morning. (Thank goodness for my Go! Cutter!!) 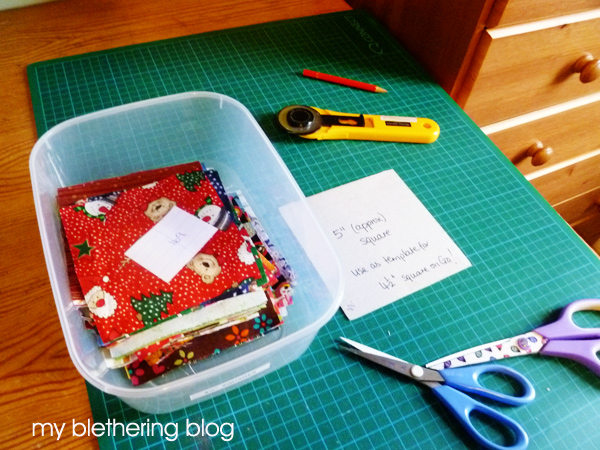 Then I placed them on our bed to see how they looked. 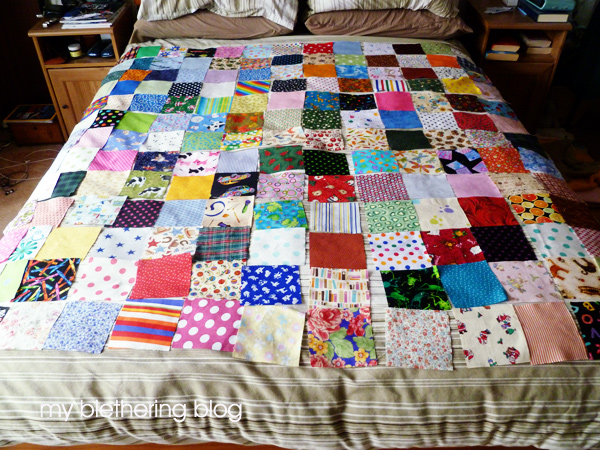 I think I only moved 3 squares before I decided to just go with it as it was! I mean, it's meant to be random so why spend hours rearranging the randomness?

Here are rows 1 to 10 all sewn together. I hated having to stop with only 3 rows left to sew but I know, if I kept going, I wouldn't be able to move tomorrow far less sew. Here are the 3 rows I have left to do. 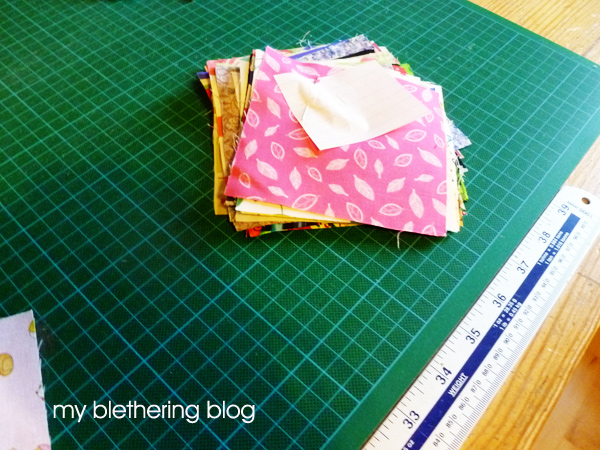 I'm hoping to get those put together tomorrow and maybe make a start to sewing the rows to each other. Fun! :o)