I sewed the rows together of the Christmas hanging and pinned it to the wadding and backing ready for quilting tomorrow. 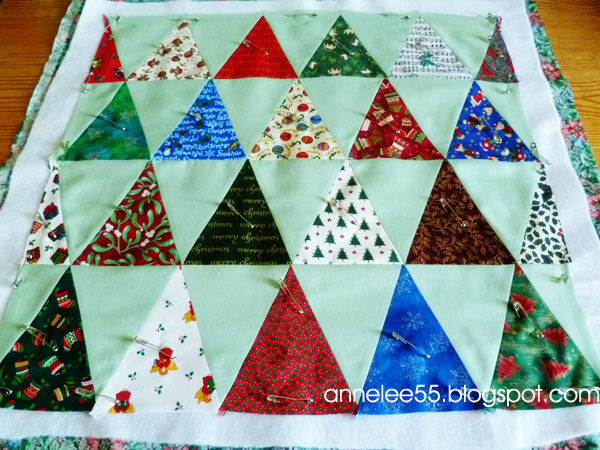 As I suspected, some of the tree tops were cut off in their prime: 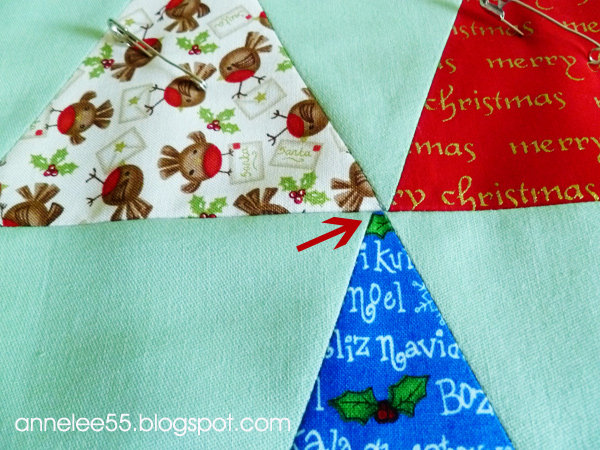 I decided I wasn't going to worry about that as I have some stars which I'll sew on to the tops of all of the trees so nobody will know which ones are cut off and which ones aren't. I'll use gold stars: 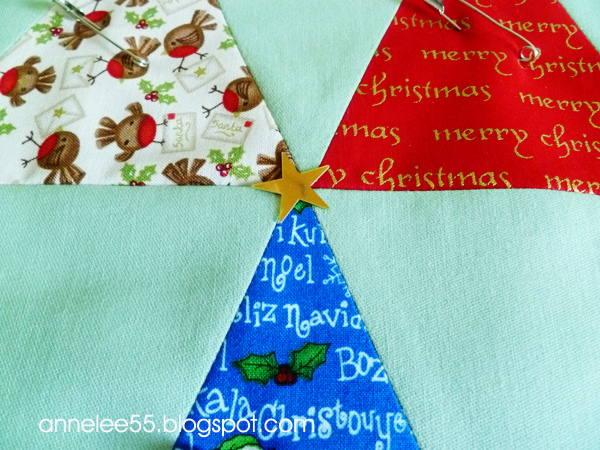 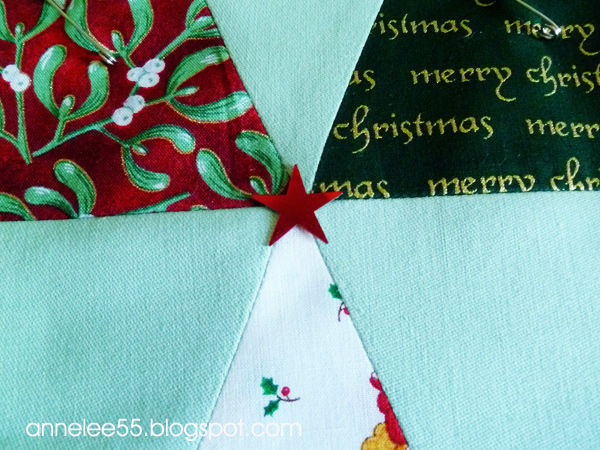 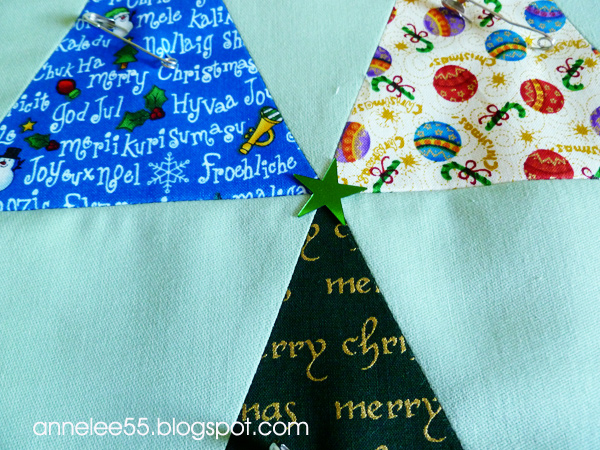 I also did some embroidery as I was sitting watching the Olympic triathlon this morning. I dug out the reindeer embroidery which I got last year and then didn't finish in time for Christmas. I'm determined I'll finish it this year. 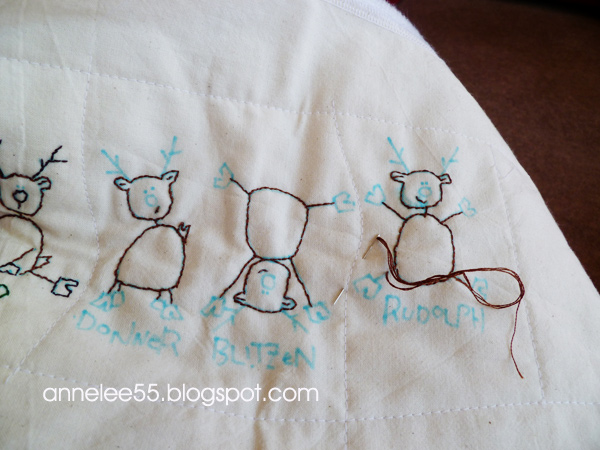 I have to confess to spending a bit of time today playing on my new toy. An iPad of my very own. Yay!!! 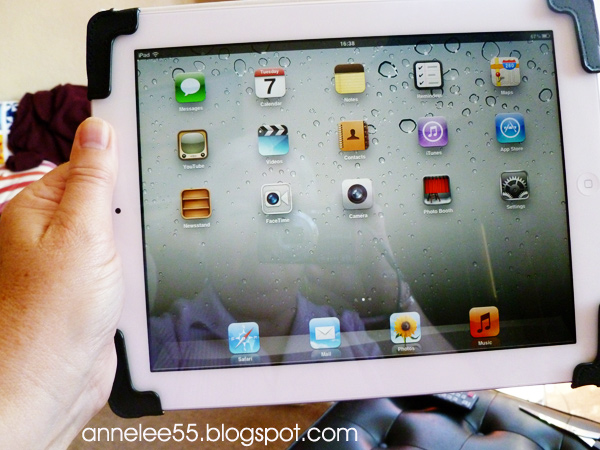 I know I'll get the hang of it eventually but it's kind of scary on my first day.