So what does a person do after finishing the FW quilt? Well, this person thought it might be a good idea to clean her sewing machine. I think you can see why! 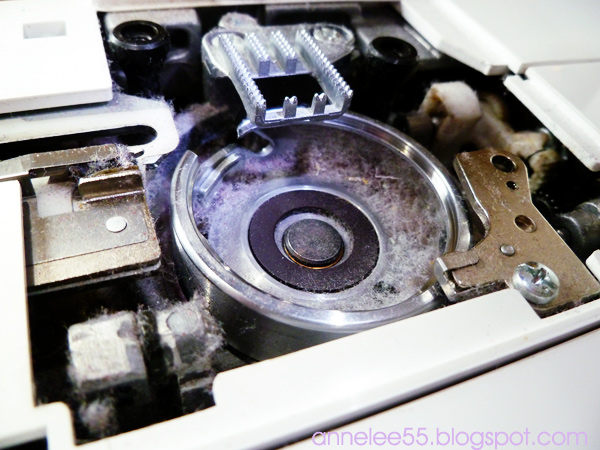 This is what came out of the bobbin case holder alone! Eeeek! :oO 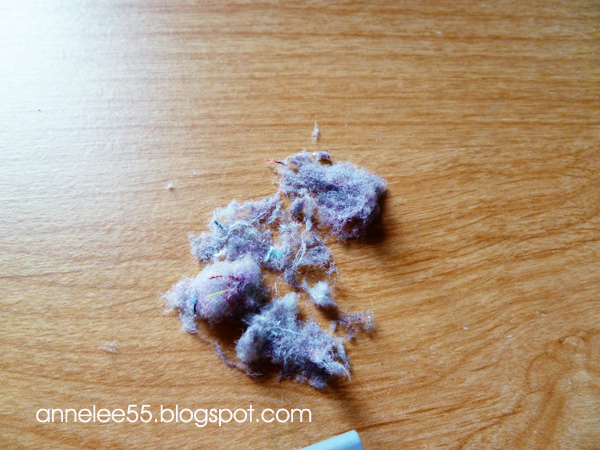 And here it is all clean and ready for action again. 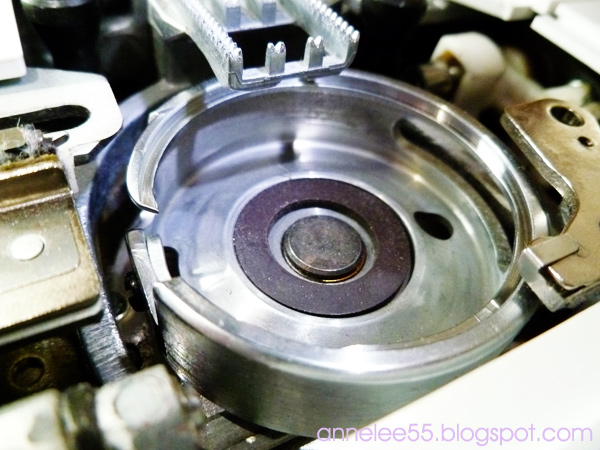 It is working beautifully again and it's so quiet now!

So, what did I make? A new cushion cover for Rosie's cushion in the livingroom. I actually had to make 2 covers as the inner cover left a lot to be desired - in other words it was literally falling to bits so I made a new one from some calico I had and then made the new outer cover too. 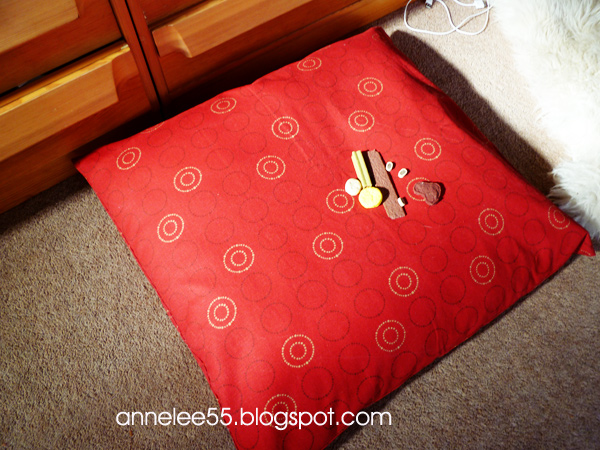 And then I made a couple of covers for cushions that have lain on the spare room bed since Debbie was here in March. She'd brought the box of cushion pads down from the attic and somehow they didn't get put back up so today I decided to make new covers for them. (Another sneaky peek at the FW quilt in the background.) 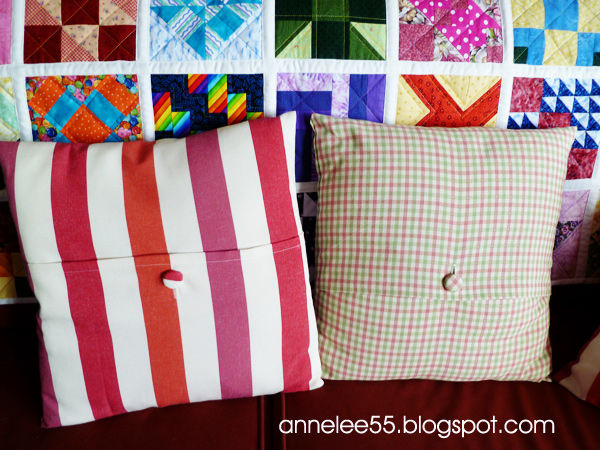 There are at least 5 or 6 more to make so that'll keep me out of mischief for a wee while!