Today I was determined to do something about the overflowing scrap boxes so I first of all went through them and cut 120 mini tumblers with my Go cutter. 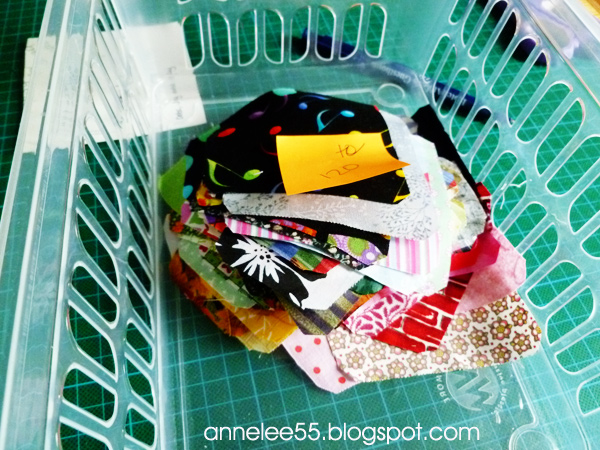 I have plans for this which I hope to get to this week.

As I was going through each of the scrap boxes looking for pieces big enough for the tumblers, I decided to put the really small bits into one big box. I defined "really small" as "I can't cut a tumbler out of that". This is that box of mixed scraps after cutting the tumblers. 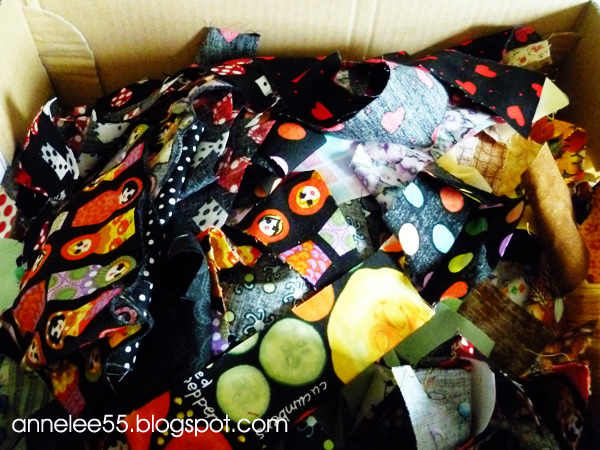 I then went back through the scrap boxes again and cut some drunkard's path pieces again with my Go cutter. 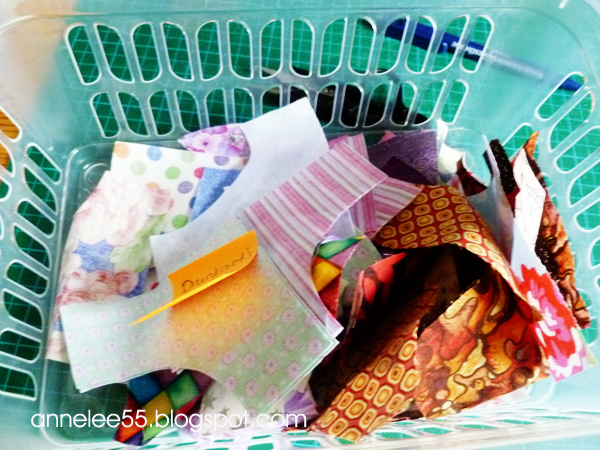 I do sort of have plans for this but haven't quite decided what yet.

After doing all of those, I had so many "really small" bits that the box was overflowing so I had to decant them into an even bigger box! 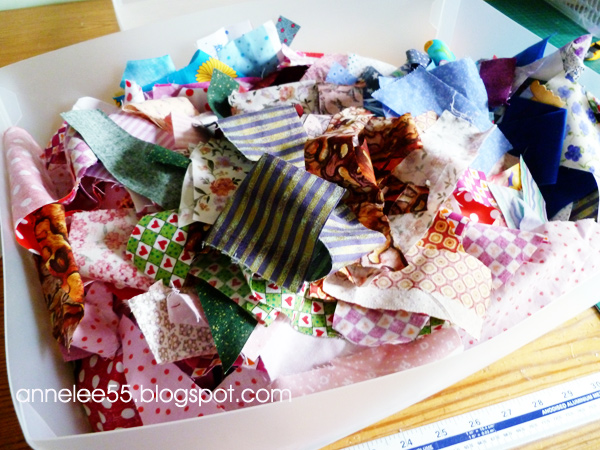 Douglas came into the sewing room as I was doing the cutting and he looked at the box of wee scraps and said "Are they just going in the bucket then?" *gasp* I don't think he believed me that I'd be able to make a quilt with those scraps. I might just have to prove it to him!

Anyway, after all that scrap cutting, the scrap boxes now look a bit emptier which was what I wanted to achieve today. 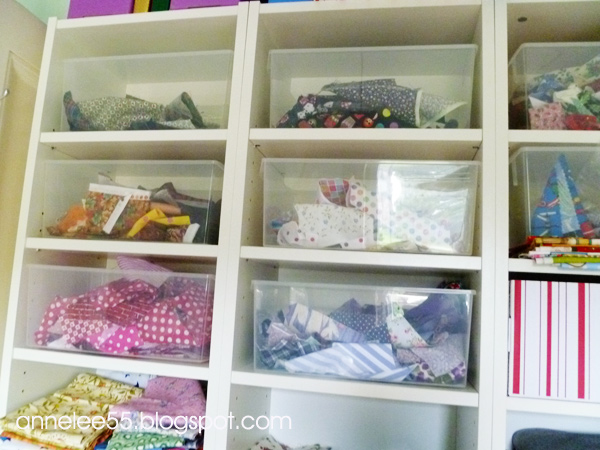 Just before I stopped for the day, I pinned the 120 tumbler pieces together in pairs ready to start sewing them tomorrow. 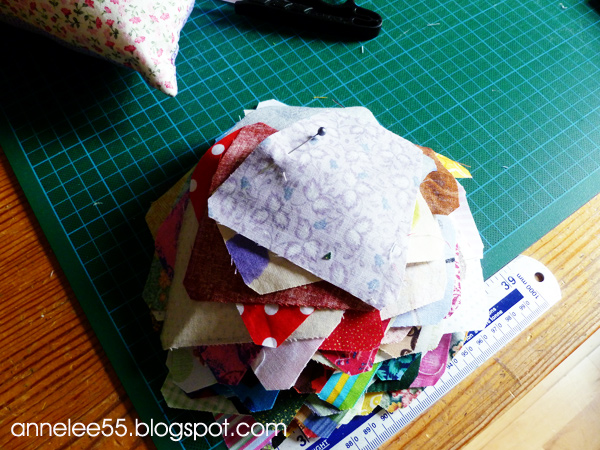