I finally managed to get the photos uploaded to my Photobucket so here are the last FW blocks. 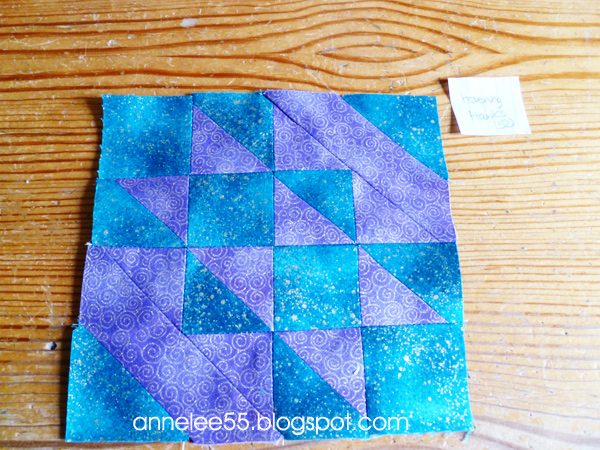 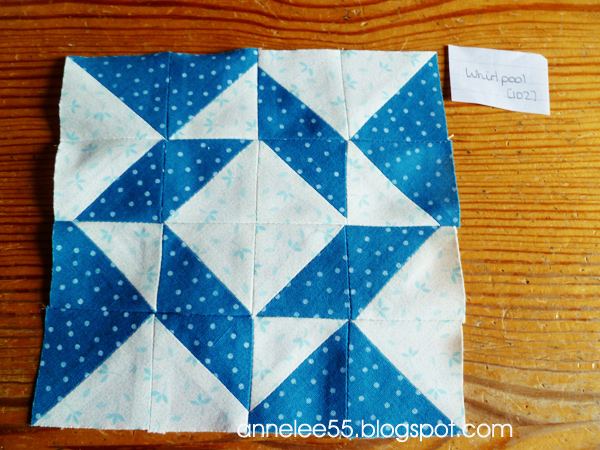 I don't know if you remember the block called Homemaker which would not sit properly - no matter how much I pressed it. 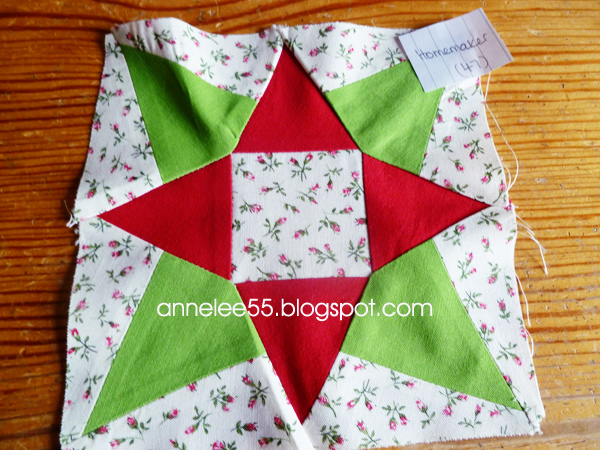 Well, I took the iron to it again today and it still wouldn't behave so it got tossed into the "do something with this someday" pile and I made another block to take its place. 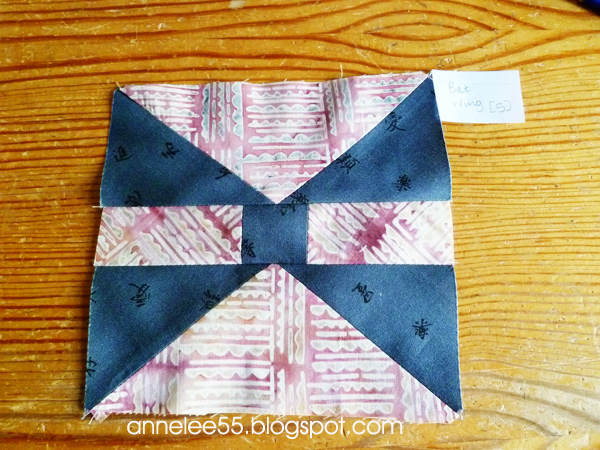 I'm going to quilt each block separately and then join them with the sashing so I needed 64 squares for the back. I decided to use a thrifted single duvet cover (which cost me all of £1.50!!) for the back of the quilt. I only managed to get 54 blocks out of one side of the duvet: 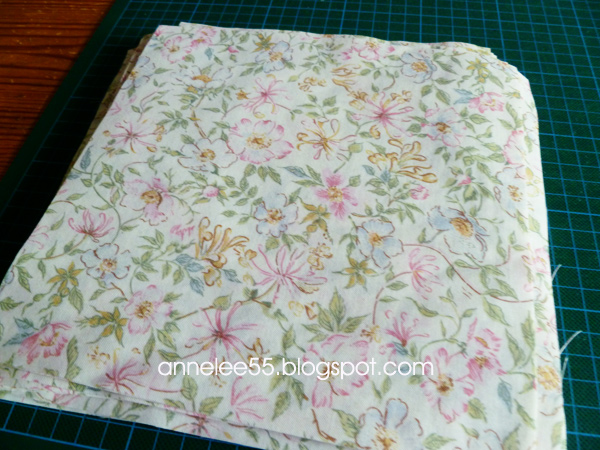 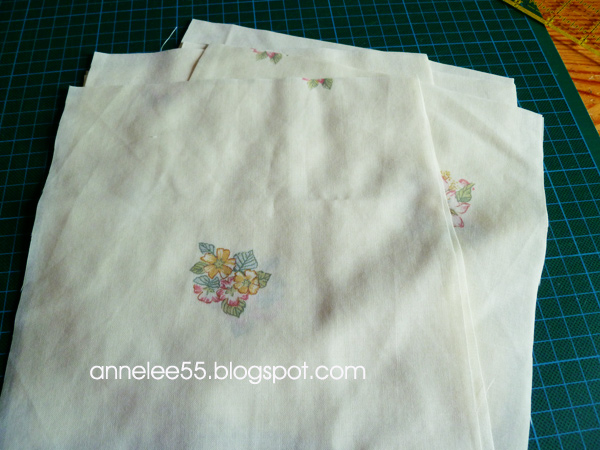 Then I cut my 64 pieces of wadding/batting: 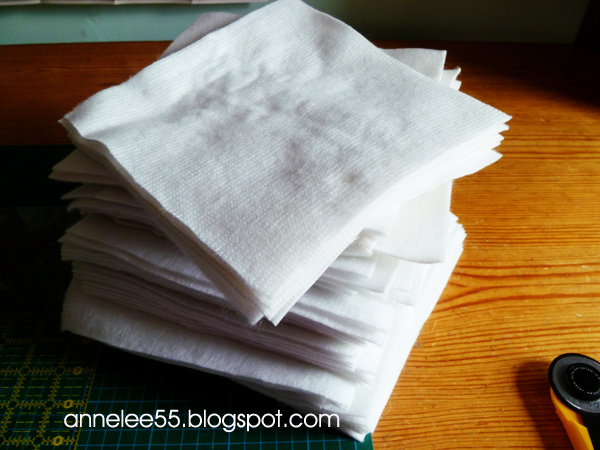 I then started pinning them all together. 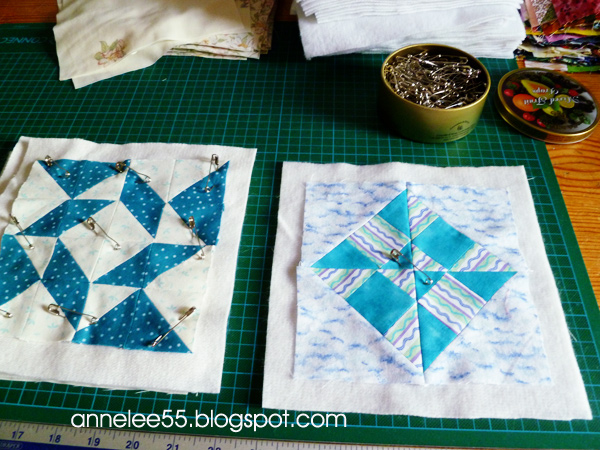 I've now got about 30 blocks pinned (I ran out of safety pins!) and have made a start to quilting them. I'll take photos of that tomorrow. Things are moving along nicely.